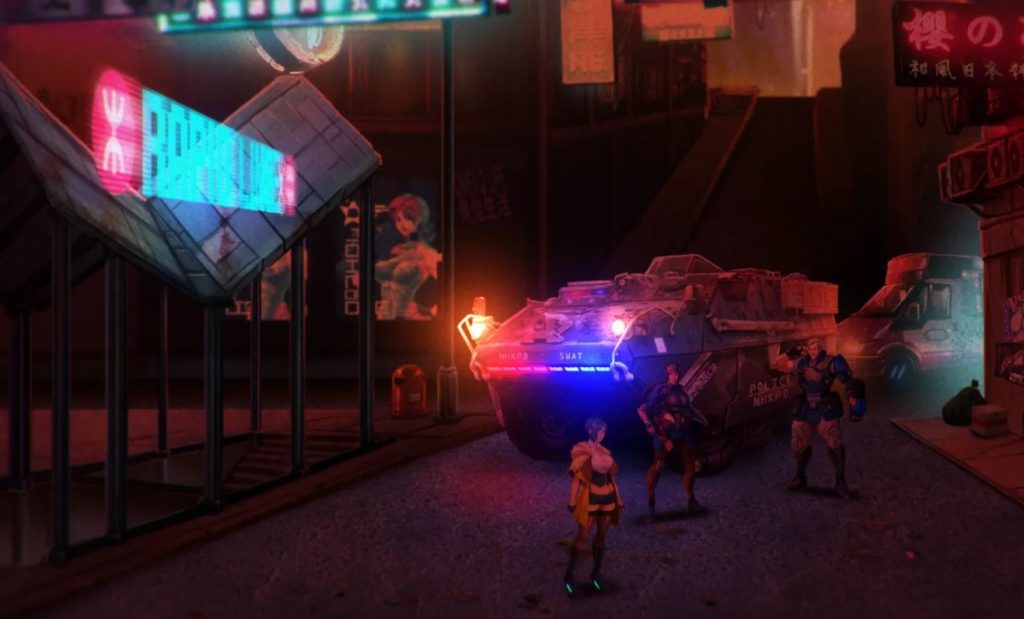 Sense: A Cyberpunk Ghost Story is a 2.5D side scrolling horror game from Suzaku. After being announced last year the game will finally release this Fall on both PS4 and PS Vita, making it one of the last high-profile Vita games.

The game follows Mei Lin Mak, a woman living in Neo Hong Kong in the year 2083 who finds herself thrust into the centre of a dark supernatural mystery. As she works to uncover the secrets of the Chong Sing Apartments, Mei-Lin must explore every nook and cranny of Neo Hong Kong to piece together the puzzle of the apartment’s bloody history.

The game focuses heavily on atmosphere and storytelling to create its horror setting, as the player slowly dives deeper into the unknown dread in this cybernetic, dystopian world. The ghosts within the ruins of the Chong Sing Apartments will force her to question her perception of the world, face the truth about her family’s curse, and whether or not she can even trust her own cybernetic eyes.

You can watch the latest Sense: A Cyberpunk Ghost Story trailer below:

For those wishing to check the game out early you can do so by downloading a demo currently available on Steam. The game was announced last year and came with the news that Sony might be stopping PS Vita releases this year, although this still hasn’t been confirmed yet.

Sense: A Cyberpunk Ghost Story releases this Fall on PS4 and PS Vita.