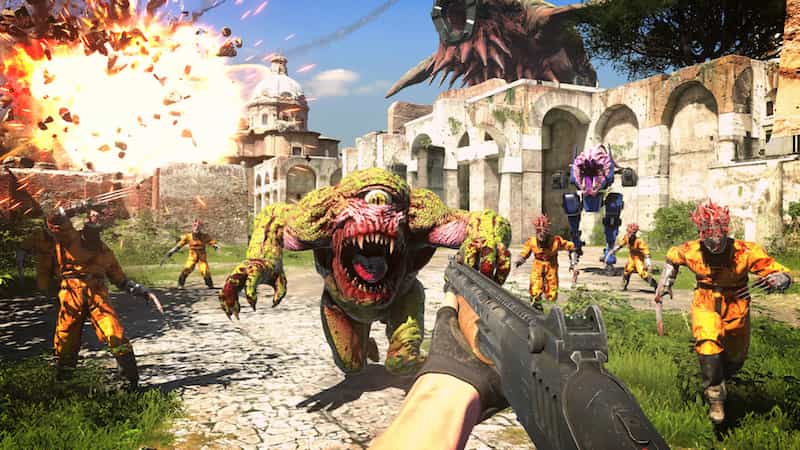 Devolver Digital has unleashed actioner Serious Sam 4 on PS5 and Xbox Series X/S, despite not actually officially announcing the game for those platforms.

Serious Sam 4 was previously outed for the PS5 and Xbox Series X/S via the German ratings board, so it’s not surprising to see it turn up on those platforms. Here’s a trailer:

Serious Sam 4 was developed by Croteam, and takes the form of a prequel to the Serious Sam franchise. Here, the game gives the series’ formula a kick up the arse by putting an ‘unstoppable arsenal up against an unimaginable number of enemies,’ requiring some serious circle-strafing and backpedal blasting by players to get out alive.