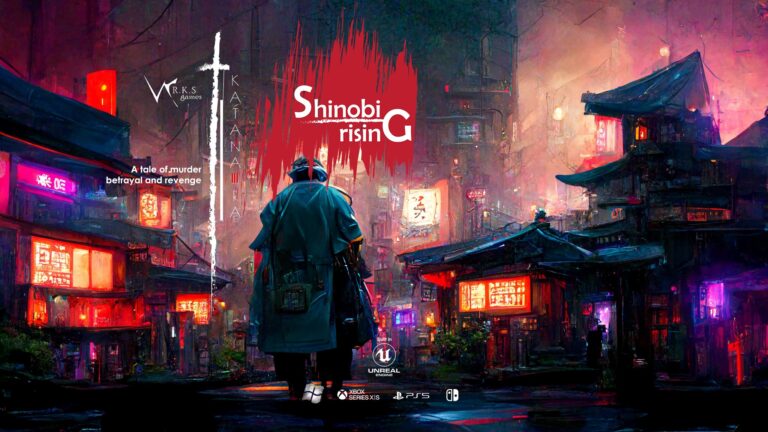 Shinobi Rising is a newly announced side-scrolling stealth game set in a Japanese-cyberpunk world, and it’ll come to PS5 sometime in 2023 after first arriving on PC on February 14, 2023.

Developed by W.R.K.S Games, you’ll step into the role of a shinobi attempting to solve the murder of an innocent child.

It’ll be 3D side-scroller, and while it’ll include plenty of stealth action to sink into, you’ll also need to do just as much exploring to find clues, and solve the mystery behind the murdered heiress.

This new side-scroller will also be developed on Unreal Engine 5, and won’t be available for previous generation consoles, as it is only set to arrive for current-gen platforms.

What’s more is that Shinobi Rising will be the first game in developer W.R.K.S Games’ new, Katana-Ra universe.

We’ll have to wait to see more about the game and this universe to know what that really means, but its already an exciting prospect, to think that multiple well done side-scrolling stealth and detective games are on the horizon.