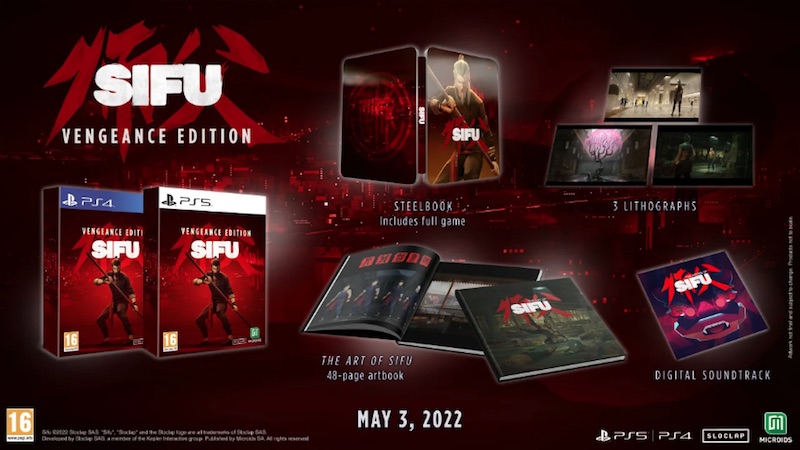 UK retail giant GAME has listed a previously-unannounced Sifu Vengeance Edition for PS4 & PS5, which features a host of extra content as is slated for release in May 2022.

The digital version of the martial arts adventure romp is out later this month, and while we knew that a physical version is in the pipeline for SloClap‘s latest outing, the Sifu Vengeance Edition wasn’t something that had been advertised before.

So, what’s in the box? Well, in addition to a copy of the game for your chosen platform, you receive a steelbook, three lithographs, 48-page artbook, and digital soundtrack. The Vengeance Edition will set you back £44.99.

Sifu is scheduled for release on PS5, PS4, and PC on February 8, 2022. The game sees players controlling a martial arts expert who seeks revenge for the death of his family, but there’s a catch: every time you die, your character ages.