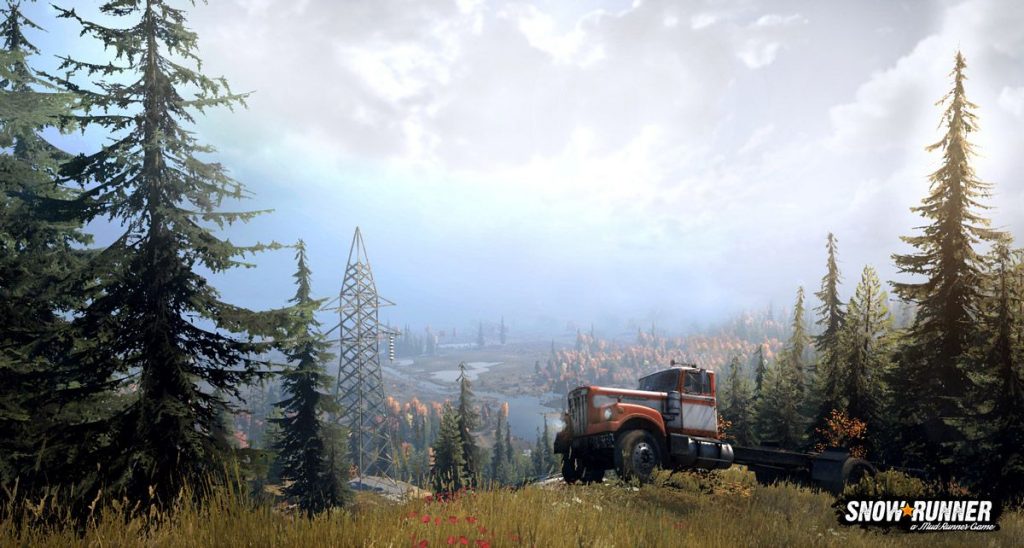 SnowRunner is currently in development for PlayStation 4, PC, and Xbox One, publisher Focus Home Interactive has announced. Scheduled for release in 2020, the follow-up to MudRunner will (obviously) see you ploughing through snowy conditions, but there’s also a chance to muddy your tires too, with snowless maps also part of the package.

SnowRunner brings off-road simulation to the forefront of the action, offering advanced simulation physics, huge maps, and a diverse range of vehicles to get to grips with. Players are put behind the wheel of heavy-duty vehicles manufactured by the likes of Pacific, Navistar, and more, where they’re tasked with overcoming some of the world’s most treacherous environments.

The game packs in over 15 sandbox maps to plough through, some of which are up to four times larger than those featured in Saber Interactive’s MudRunner. Each one has a variety of hazards to overcome, including snowdrifts, ice, rivers, and mud, as you attempt to transport your vehicle’s cargo to its destination as quickly and safely as possible.

In addition to the single-player mode, SnowRunner includes synchronous four-player co-op multiplayer for those of you wanting to take a couple of mates along for the ride.

Here’s more details via the blurb:

We can already confirm that, as you would expect, SnowRunner will feature mod support on PC at launch. We owe so much to our mod fanbase and their endless creativity, and we can’t wait to see what they will create with our new and improved tools! We’ll share more details about this topic in the coming months.

Snowdrifts are a unique new feature, utilizing unprecedented physics simulations. Customize your vehicles both visually and practically in order to tackle some of the most hostile environments on Earth. With the fully-synchronous multiplayer, all of this can be experienced with your friends.

Check out the SnowRunner debut trailer below. A concrete release date for the game has yet to be announced, but we’ll keep you in the loop.