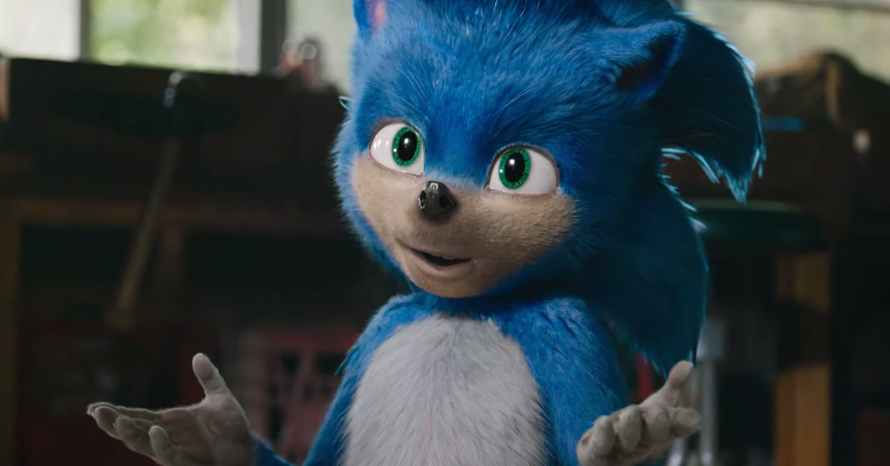 Sonic the Hedgehog‘s initial design for his upcoming big screen adaptation didn’t exactly go down well, sparking a huge uproar among fans. In fact, things got so bad that the film makers went back to the drawing board to redesign SEGA‘s iconic Blue Blur.

Now, a couple of leaked screenshots have appeared on Twitter offering a glimpse at what Sonic looks like following his makeover. And the results are…pretty good, surprisingly.

The images haven’t been officially confirmed yet, with the Twitter user merely stating they are from a “friend at Paramount.” Still, Sonic’s not looking too shabby; he’s got gloves now instead of fury hands, and his facial features look more in line with his video game counterpart.

The Sonic the Hedgehog movie is slated for release in cinemas on February 14, 2020. In case you haven’t been keeping up with the project, it’ll star Jim Carrey as Dr. Eggman (aka Robotnick) and Ben Schwartz as Sonic, while X-Men’s James Marsden will be playing a new character, Tom Wachowski, who befriends the Spiky Speedster in the movie.

SEGA is seemingly giving the Sonic franchise a bit of a rest at the moment, after 2017’s Sonic Mania and Sonic Forces was met with positive and mixed reviews, respectively. We did get the spin-off Team Sonic Racing earlier this year, though.

Sonic the Hedgehog is celebrating a huge milestone in 2021, as it’s the Blue Blur’s 30th anniversary. No doubt SEGA has something planned for that year, or perhaps in 2020.

The series pretty much ruled the roost back in the early 90s as far as platformers went, with only Mario fighting for control of that particular crown. However, while the portly plumber went from strength to strength during the 3D era, Sonic didn’t fare so well during the transition, with SEGA churning games of varying degrees of quality.