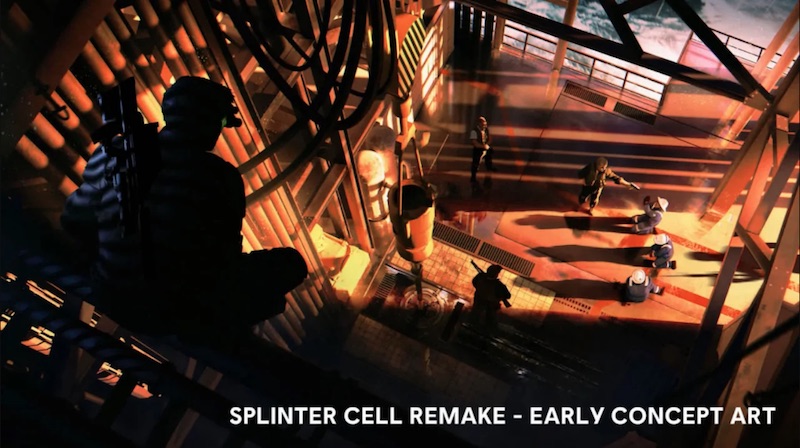 Splinter Cell Remake Creative Director Chris Auty has revealed during the series’ 20th anniversary celebrations that the development team are eager to have the entire game support a non-lethal playstyle — in other words, getting through the whole game without killing a single enemy.

I think the sense of Mastery, also if we’re talking about perfectionism in the game, is important. We even would like for the Remake to take that a step further. We would like to make sure that the entire game is playable, from beginning to end, without a single kill, if at all possible. So that’s important for us as well.

So Sam, being the ultimate covert field agent, he has an enormous array of tools and abilities, gadgets, and movements at his disposal. And with all of those, they aim to create these moments of tension. You know there’s an enemy nearby. You know that there’s a threat coming around the corner.

Splinter Cell Remake is currently in the early stages of production for PS5, PC and Xbox Series X/S. You can check out some early concept art for the much-anticipated project here.