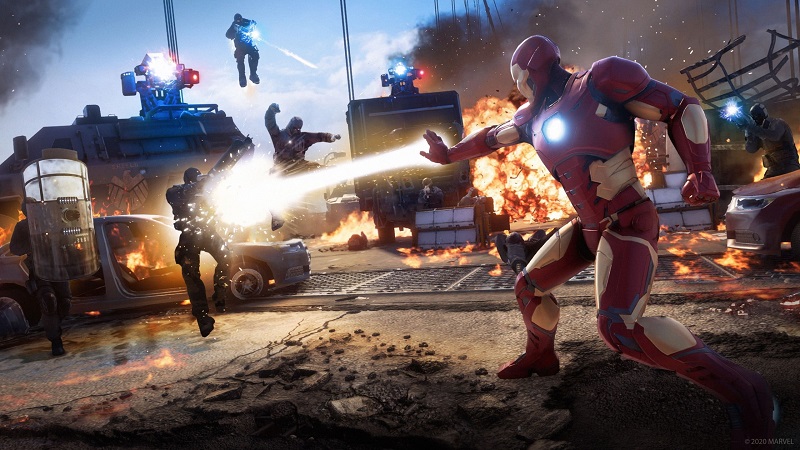 Spotted by Reddit user u/AngryNeox and pointed out by journalist Paul Tassi, the Square Enix 2021 Annual Report includes a small paragraph about Marvel’s Avengers, in which the publisher says in no short words that the title “produced a disappointing outcome”, and “it has unfortunately not proved as successful as we would have liked”.

It also seems like Square Enix has really heard what many players main complaint with the game was, that the GaaS model felt crammed into a game where it didn’t fit. They address it directly in the paragraph as a challenge they’ll need to overcome for future projects.

“Taking on the GaaS model highlighted issues that we are likely to face in future game development efforts such as the need to select game designs that mesh with the unique attributes and tastes of our studios and development teams.”

You can check out the full statement for yourself, right here:

I would also note that “Marvel’s Avengers” was an ambitious title for us in that we took on the GaaS (Games as a Service) model. We overcame a variety of unexpected difficulties in the final phase of the game’s development, including needing to transition to work-from-home due to the pandemic. We were able to surmount these challenges and release the game, but it has unfortunately not proven as successful as we would have liked.

Nonetheless, taking on the GaaS model highlighted issues that we are likely to face in future game development efforts such as the need to select game designs that mesh with the unique attributes and tastes of our studios and development teams. While the new challenge that we tackled with this title produced a disappointing outcome, we are certain that the GaaS approach will grow in importance as gaming becomes more service oriented. How we go about creating new experiences by incorporating this trend into our game design is a key question that we will need to answer going forward.

If you didn’t know better, just from reading this section it would sound more like Marvel’s Avengers was a failed project that is no longer running, rather than a game that despite its challenges has managed to find a core audience they’re desperately trying to retain.

For what it’s worth, Crystal Dynamics have removed the ability for players to pay for XP boosts, and they’ve made countless fixes so that the game runs the without the issues that plagued it at launch.

Unfortunately however it doesn’t really seem like Marvel’s Avengers can catch a break, as many players have been outspoken on social media about how Guardians Of The Galaxy is the kind of game people wanted Avengers to be.