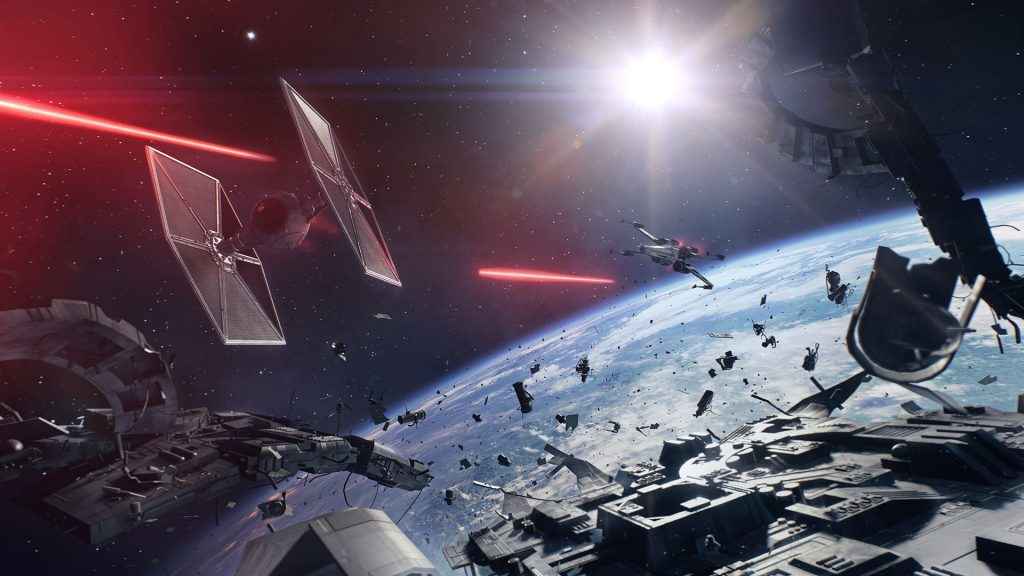 For October, we’re revealing that General Grievous will don the Jedi Hunter Appearance by default. At Grievous’ release, the additional Battle-Damaged Appearance* will be unlockable with Credits or Crystals. The fan-favorite N1 Starfighter, a sleek example of Nabooian design and engineering philosophy, will now take to the skies as a fighter class ship in the Hero Starfighters game mode. Also coming this month are changes to Hero Health Star Cards, giving every hero the ability to equip one of these.

More Hero Appearances and a Small Update on Geonosis

In November, Obi-Wan Kenobi is entering the battlefront, and he’s wearing his Jedi Master Appearance from the get-go. At the same time, Obi-Wan’s Robed Appearance and another to-be-announced Appearance for General Grievous are approaching.

Here’s a neat little tidbit about November’s release of Geonosis: this new location will feature the native Geonosians as part of its living world (non-interactive environment). The Geonosians played an important role in the Clone Wars colluding with the Separatists, led by Count Dooku, to develop plans for the first Death Star.

Count Dooku, the Coruscant Guard, and Even More Hero Appearances

To kick off the new year, January sees the release of Count Dooku plus an additional Appearance for the Separatist leader. Obi-Wan is expanding his wardrobe even further with the General Kenobi Appearance, and the Coruscant Guard clone trooper Appearances are joining the forces of the Galactic Republic.

Anakin Skywalker, an additional Appearance for the same, and the 501st Legion clone trooper Appearances arrive to the game in February. You’ll be able to play with them in our new, large-scale, non-linear game mode featuring capture points and capital ship takedowns.

You may remember that the Star Wars Battlefront 2 squad update also launched in September. This delivers a new experience, allowing you to create in-game squads with your friends.