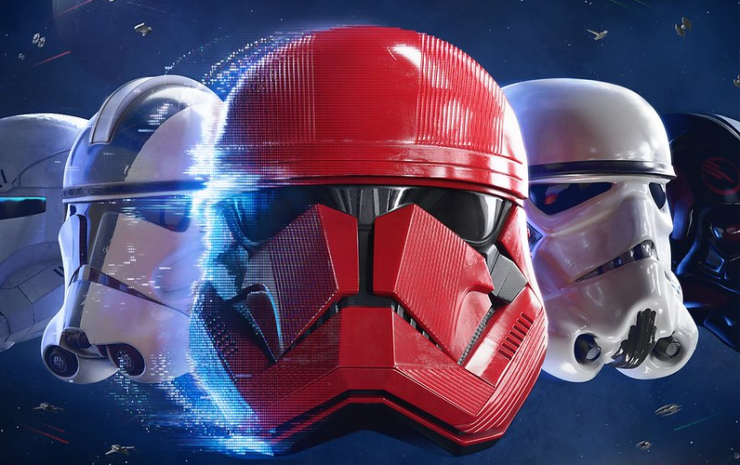 EA DICE has released the Star Wars Battlefront 2 update 1.45 patch notes for you to digest, which is available to download for PlayStation 4 right now and weighs in at 4.4GB.

Hit Markers
We created unique hit markers from the attacker´s point of view for explosive damage and for melee damage/other. This will allow you to more clearly see if you are dealing splash damage or if you are hitting your target directly. In the case where you hit a target with an explosive bullet, you will see both the normal hit indicator plus the new explosive damage hit indicator. This change allowed us to fix an issue where explosive bullet headshots did not show the yellow headshot indicator.

Finally, we removed an obsolete feature where each hit indicator would turn grey if your absolute amount of damage was below a certain hard threshold.

Explosive Damage Reduction
Some game effects can cause you to take less explosive damage from grenades, explosive bullets, and other explosive damage sources. This includes the Bodyguard Star Card and the protective area when in Sentry mode. We have now added the same in-game messaging for this that we use for normal damage reduction.

Incoming Explosive Damage Origin
Some explosives that detonate immediately on impact have been changed to point at the attacker instead of at the center of the explosion, making it easier for victims to know where the danger is coming from.

Flame Trooper Range UI.
It is difficult to know the range of the Flame Trooper´s flamethrower. We are alleviating this by adding a UI element that shows the flamethrower range briefly when you start firing it.

CHANGES TO CLASSES AND SPECIAL UNITS

We implemented the Ovissian Gunner´s spool up functionality (also introduced in this update) on all Sentry versions as well: Hold Zoom to spool up the weapon so that it is ready to fire immediately when you find a target.

To complement this change, we increased the spool up time required on all versions of Sentry to match that of the Ovissian Gunner. This means that the initial cost in time to go into Sentry and fire your first shot is increased, but once spooled up, you have a better tactical situation than previously.

We also removed the passive timer while in Sentry, so that you have more control over the number of shots you can fire while in each version of Sentry.

Note that while fully spooled up, you will drain a small amount of time from the ability´s total, but this drain will only deplete up to 80% of your total available time.

Finally, we updated the crosshairs to visually show that you need to spool up before you can fire and added a tutorial popup to remind you about the new spool-up functionality as you equip any of these weapons.