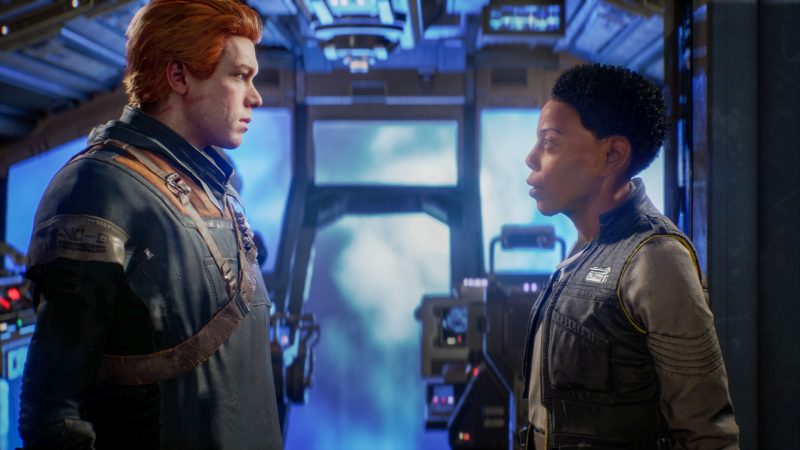 A developer who worked on Star Wars Jedi: Fallen Order claims that many of the team members advocated for the game’s protagonist to be Black and/or a woman, but those voices were shot down, allegedly because the game already had two other Black characters.

“When I worked on SW:JFO a lot of devs wanted & advocated for the main character to be Black and/or a woman.” wrote Nora Shramek, a lighting artist who previously worked at Respawn.

She continued, allegedly explaining why the decision was made to reject those suggestions, saying “We already have two Black people in the game. Rey is a woman and we can’t do that to”.

When I worked on SW:JFO a LOT of devs wanted & advocated 4 the main character 2b black &/or a woman. 'Reasons' 4 NO: We already have 2 black people in the game. Rey is a woman & we can't do that to' guess what the demographic of the people making those decisions looked like?

This is interesting to note, especially considering one of players main issues with Fallen Order were that Cal Kestis felt bland as a protagonist.

It also highlights a problematic line of thinking, that a game could have “enough” diversity, as if such a thing was possible.

Shramek did clarify that she was not putting blame on EA or Respawn, but rather the individuals who had power during the games development.