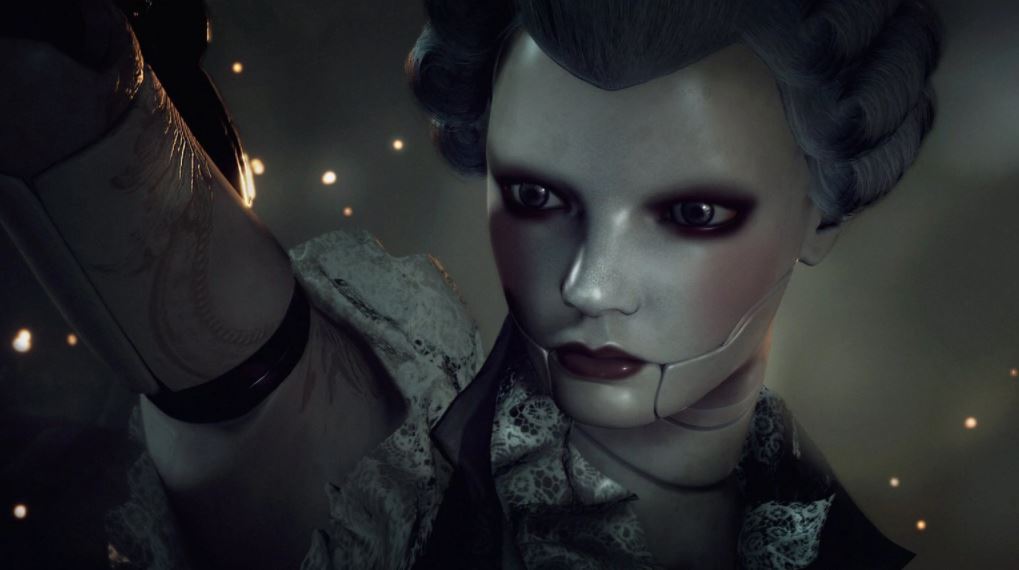 Steelrising Preview – Ever since Bound By Flame on PS3 surprised me with its narrative and characters, every Spiders game has grabbed my interest. So, color me intrigued when the team announced a brand new IP revolving around a Soulslike format. Spiders takes many creative risks in its games, and I applaud the team for it.

However, the longer I knew about Steelrising’s existence, the more I grew curious about how the game would play long-term. Considering its previous games, combat in general feels odd and clunky. These kinds of controls work better in an RPG setting, since the game systems balance out across building stats, gameplay, and managing gear.

Unlike Spiders’ other forays, Steelrising will depend more on refined gameplay to succeed. Much like their other titles, equipment management and aesthetics still play a key part here. It will just need more help from gameplay this time around.

While the preview version I played was on Steam, I still had plenty of time to test out the game with a controller. In fact, I managed to run it on my PC as well as my Steam Deck (after a few setting adjustments). Inputs respond as they should, and button mapping allows for simplistic weapon swapping and movement. I won’t go too deep into that here; I’ll save that for the review. 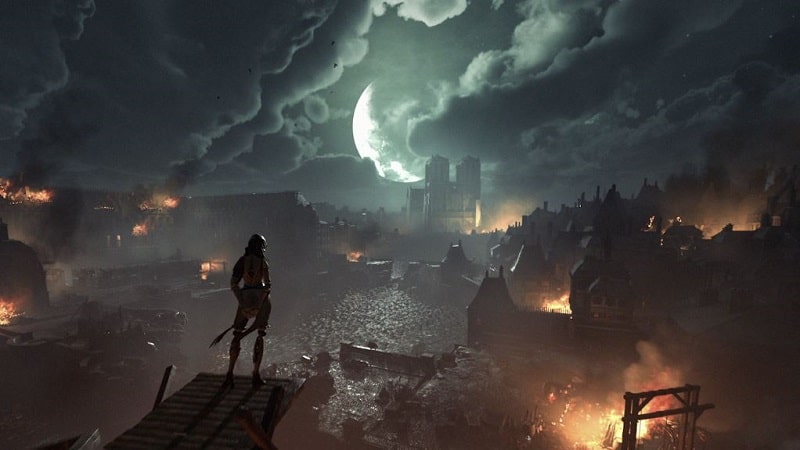 You take on the role of Aegis, an automaton assigned to guard Marie Antoinette. Marie feels pushed aside by current affairs as she’s made to watch Paris fall from its outskirts. Fearing for her captive children’s safety, she directs Aegis to infiltrate Paris and run reconnaissance for her.

Not much of the story popped up in the build I played, but I never worry about the narrative quality when it comes to Spiders. With that in mind, I focus more on gameplay and environment in this preview.

The setting hands down stuck with me well after my time with the preview version. Many of the starter areas don’t go too deep into the map or the variety the final game will include, but they still shine on their own.

The first zone leads you through a garden layout rich with foliage, trees, and hedges. As you move forward, the landscape slowly begins to change from lush and healthy to a dilapidated zone corrupted by technology. 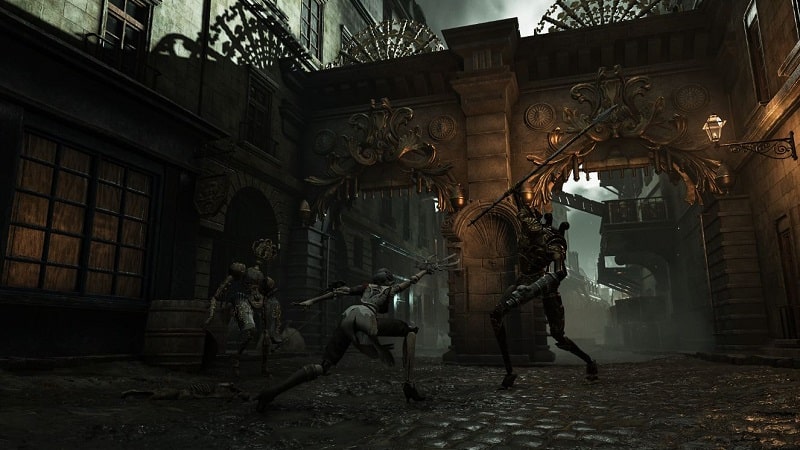 I tried out all four of the classes, which were Bodyguard, Soldier, Dancer, and Alchemist but I spent more time with the defensive class, Bodyguard. My limited access allowed me to get a feel for it, and I must say that it plays defensively well. When blocking, you lose stamina, and blocking even works against elemental attacks.

I think I enjoyed Bodyguard because Steelrising maintains a steady pace that translates from the narrative to moving around the map to combat itself. Stamina consumption plays a big part in that. Instead of needing lightning-quick reflexes, the game allows you a little more freedom to learn fights and patterns simply by featuring combat that’s a little slower than most Soulsborne games.

At the same time, I enjoyed Dancer and Alchemist the most. Dancer allows you to use metallic folding fans to block and attack, making it a formidable and quick all-around class. The alchemist lets you apply elements to your weapons and inflict status ailments while you fight.

Inhibiting your enemies with an Alchemist feels so empowering, and the Dancer elicits control over movement where the others move a bit slower.

Even so, the true fun of the game comes when you start juggling your weapon options and experimenting in combat. My favorite combination is the Shield Gun and the dual-wielded Sword and Sickle. This allows me to freeze the enemy away from their swinging arms and then swoop in with the Sword and Sickle to deliver a barrage of different attacks, dealing heavy damage.

Two things worry me about the final product, which are the emptiness of the maps and how repetitive combat feels over time. These two points play hand-in-hand for much of the game I experienced, and I get the feeling that this formula sets the tone for how the rest of the game plays out.

At least in the preview build, you rarely encounter multi-enemy fights, and those mostly show up if you run into areas with zero attention paid to your surroundings. While each open zone follows a linear path, the game gives you more than ample room to run around during a fight. Couple that with the slower pace of combat, and the downtime slowly adds up.

At the same time, my first impression is that these extra clearances that Steelrising grants you helps the game stand out from other Souls-like games. Combat still demands your immediate attention at all times, but it allows you more chances to learn more quickly than the faster-paced lookalikes. 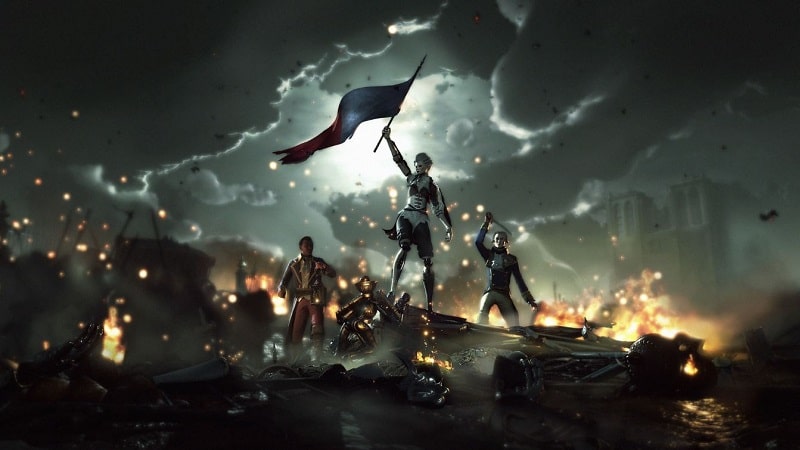 To make the difficulty even more approachable, Steelrising offers assist options that include increased stamina regeneration, no cooldown period when overusing stamina, not losing your Anima (or souls), and a slider to decrease the damage you take.

Clearly, Spiders directs a ton of focus toward allowing as many players as possible to play its game without cutting them off from the gameplay. This option may not appeal to the deep-rooted fans of this genre, but it just might bring more fans into the fold. Time will tell.

Three months still separate us from the game’s release on September 8, 2022, and Spiders will undoubtedly take feedback into consideration as the launch date inches closer. Either way, I’m excited to see what else this ambitious team brings to the Soulsborne genre.