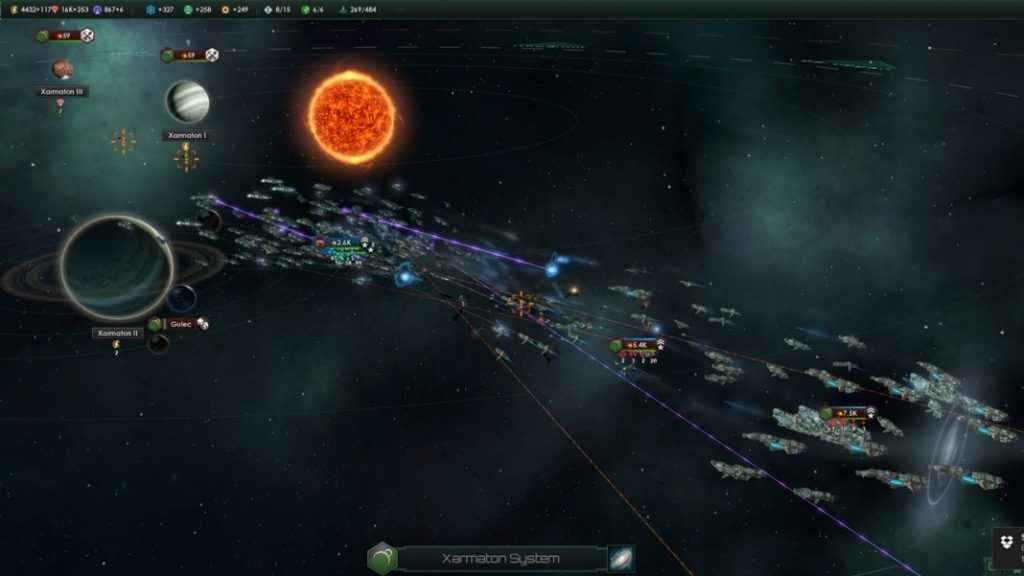 Paradox Interactive has today revealed that Stellaris Console Edition, the space-based strategy game, is coming to PS4 and Xbox One in Q1 2019.

Stellaris is a strategy video game set in space. Available on PC since 2016, players have to manage an empire while engaging in space warfare and exploration.

Since its release, Stellaris has been well-supported, spawning a number of expansion packs for PC, including Distant Stars in May this year. It also received largely positive reviews on Metacritic.

Check out the new Stellaris Console Edition “Fall of An Empire” trailer.

Featuring deep strategic gameplay, a rich and enormously diverse selection of alien races and emergent storytelling, Stellaris has engaging challenging gameplay that rewards interstellar exploration as you traverse, discover, interact and learn more about the multitude of species you will encounter during your travels.

Etch your name across the cosmos by forging a galactic empire; colonizing remote planets and integrating alien civilizations. Will you expand through war alone or walk the path of diplomacy to achieve your goals?

The full list of features for the Stellaris Console Edition have yet to be revealed, but Paradox ensure players that they will be getting the same in-depth experience as the original. They’ll also be DLC available post-launch.

Grand Strategy is often considered a niche genre even on the PC, but we believe that while a console audience exists, a game like Stellaris simply hasn’t made it to those platforms yet. With the help of Tantalus’ expertise, we’re happy to take that leap!” said Daniel Moregård, Game Director at Paradox Interactive. Console players can look forward to the true Grand Strategy experience and continued DLC and support after launch with Stellaris: Console Edition.