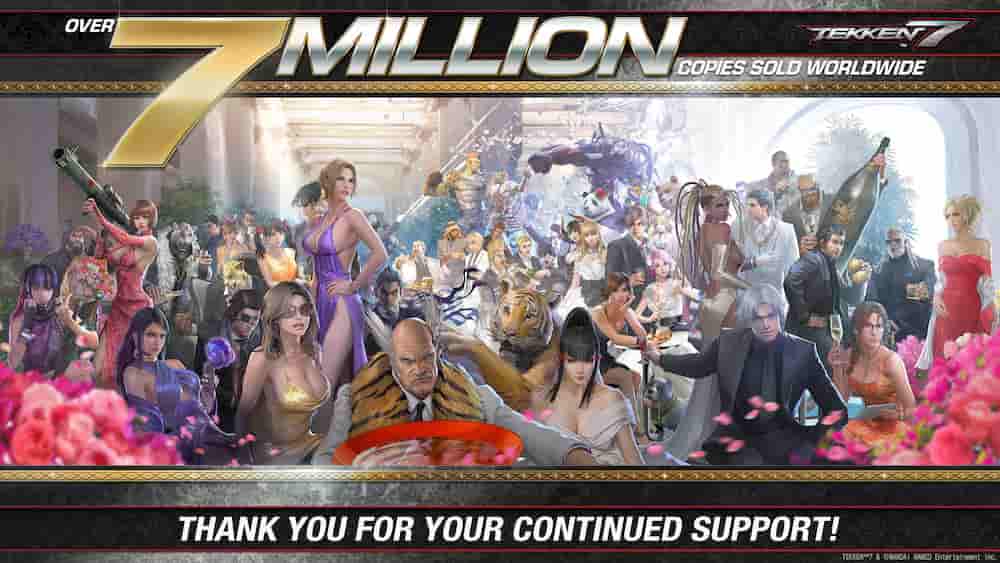 Bandai Namco Games has announced that Tekken 7 has punched its way through seven million sales worldwide since its launch in June 2017.

The game has been selling steadily over the past few years now, and notched up six million sales back in September 2020. Notably, it is catching up with Tekken 3 as the best-selling game in the series, which stands at eight million copies sold worldwide.

One of the biggest reasons for the game’s success, apart from the fact it’s a mechanically sold title, is the various post-launch content that Bandai Namco Games has released. Tekken 7 is currently in its fourth season, with each one offering characters, game updates and a new stage.

At this point a Tekken 7 Season 5 seems very likely, as there’s still room for a few more characters to join the roster – perhaps Wang or Ogre?