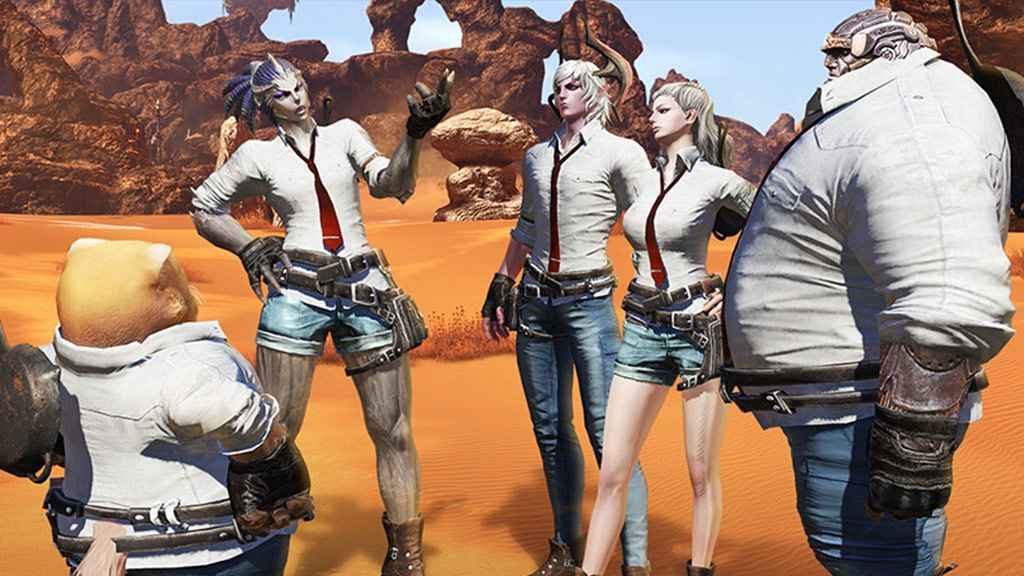 Free-to-play fantasy MMO Tera’s surprise PUBG crossover event kicks-off next month, according to a new post on the PlayStation Blog.

Commencing on the 5th March and running for 30 days thereafter, the event gives players the chance to participate in PUBG-style battles, whilst also earning various themed cosmetics, items, and sundry other rewards.

Anyone who’s level 60 or above will be able to get stuck in as soon as the event commences, challenging the PUBG popori guardians and soldiers that spawn throughout Northern Arun, for two hours only, each and every day.

Defeating these imposing foes will yield various rewards, including Battle Points which can then be spent in the PUBG Shop. As will opening any of the supply crates they come across during their explorations.

These same rewards can also be obtained by clearing dungeons, defeating bosses, and logging in for at least one hour every day during the event.

Outside of battle, meanwhile, players can hang out and show off their PUBG-themed gear in a brand-new area named Highwatch.

A Bolt from the Blue

The combination of these two particular IPs might seem rather odd at first glance. One’s a free-to-play fantasy MMO, while the other is a tense battle royale shooter firmly rooted in the real world.

However, as North American publisher En Masse Entertainment explained in its original blog post, the two games have more in common than you might think.

For starters, both games share the same parent company (Bluehole). More significantly, En Masse assisted PUBG with alpha testing and PAX support in the early days, and even housed PlayerUnkown himself Brendan Greene for several months during the latter’s development.

Still, seeing jeeps crop up in The Exiled Realm of Arborea will be more than a little jarring.