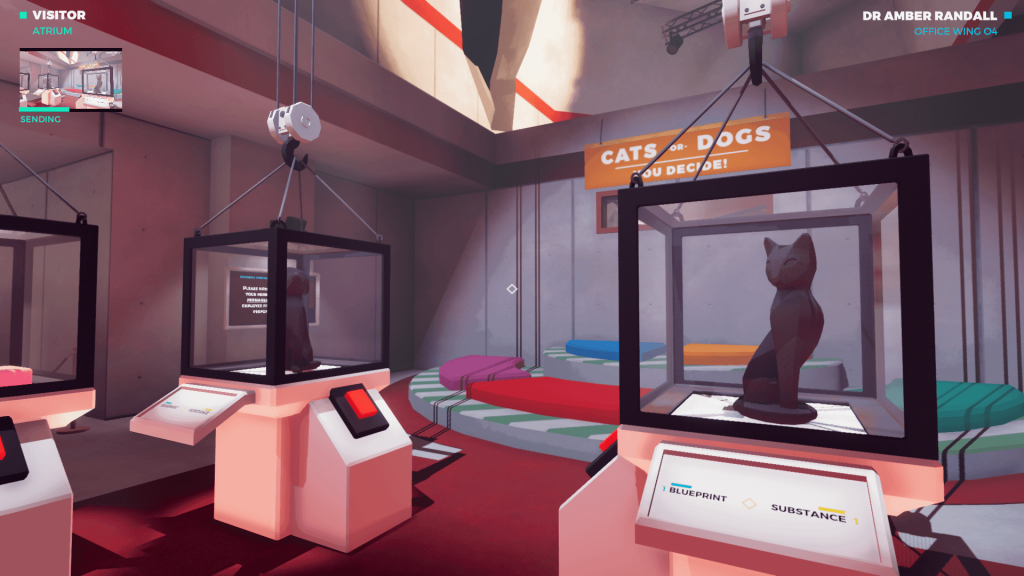 A Brave Plan and Bossa Studios have released a new trailer for The Bradwell Conspiracy for you to gawk at. While it’s called a reveal trailer, it’s not as if we haven’t seen the game in action before; it’s been cooking for a while now at A Brave Plan, so this is more of a refresher.

The Bradwell Conspiracy casts players as a museum visitor who finds themselves caught in an explosion at the Stonehenge Museum’s Solstice 2026 Gala. After waking up, you locate Bradwell Employee Amber, and the duo work together to escape; however, the catch is, you’re unable to speak due to an injury, and therefore are limited to communicating by sending pictures to Amber via AR Smart Glasses.

Along the way you’ll solve various puzzles using 3D printing and photography mechanics, and venture deep into a hidden underground complex ripe with corporate secrets. The game takes place from a first-person perspective, and utilise an immersive Brutalist art style.

The Bradwell Conspiracy is slated for release on PlayStation 4, PC, and Xbox One in autumn 2019

The Bradwell Conspiracy is the first release from A Brave Plan, a team of BAFTA award winning AAA veterans titles such as Fable, Batman, and Tomb Raider under their collective dev belts. The game also features music composed by Austin Wintory (The Banner Saga, Journey).

The player experiences the dramatic events of the game as an unnamed museum visitor stranded within Bradwell Stonehenge Museum after a sudden explosion. To escape the chaos the player must work with Amber, a Bradwell Employee trapped elsewhere in the collapsing building. Due to an injury, the player’s means of communication is sending pictures to Amber via a pair of Bradwell AR Smart Glasses. However, their escape route is a perilous one and players will soon find themselves in the depths of a hidden underground facility full of secrets.