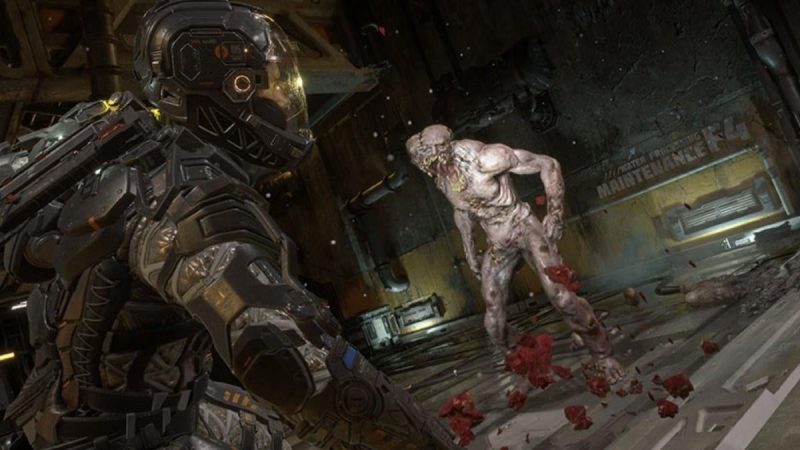 Striking Distance Studios‘ The Callisto Protocol has been issued a M18 rating by Singapore’s IMDA, and unsurprisingly, it’s painting the walls red with claret.

Here’s a description on the level of violence that you can expect from the game, which is created by developers who previously worked on the equally-grisly Dead Space:

Throughout the game, there are graphic depictions of violence when the player beats up, stomps, or uses guns to fire at humans and mutated creatures. Stronger depictions feature enemies being dismembered and decapitated with copious bloodletting portrayed.

The player can also use a spinning woodchipper to obliterate enemies, resulting in blood mists seen. Such depictions of violence are contained under the M18 rating, where the Classification Guidelines allow “depictions of realistic violence, such as killing, maiming or causing other serious injury to humanoid characters.”

Striking Distance Studios previously revealed that it spent a good couple of years refining the gore system, and while initially planned to be part of the PUBG universe, the game now stands firmly in its own setting.