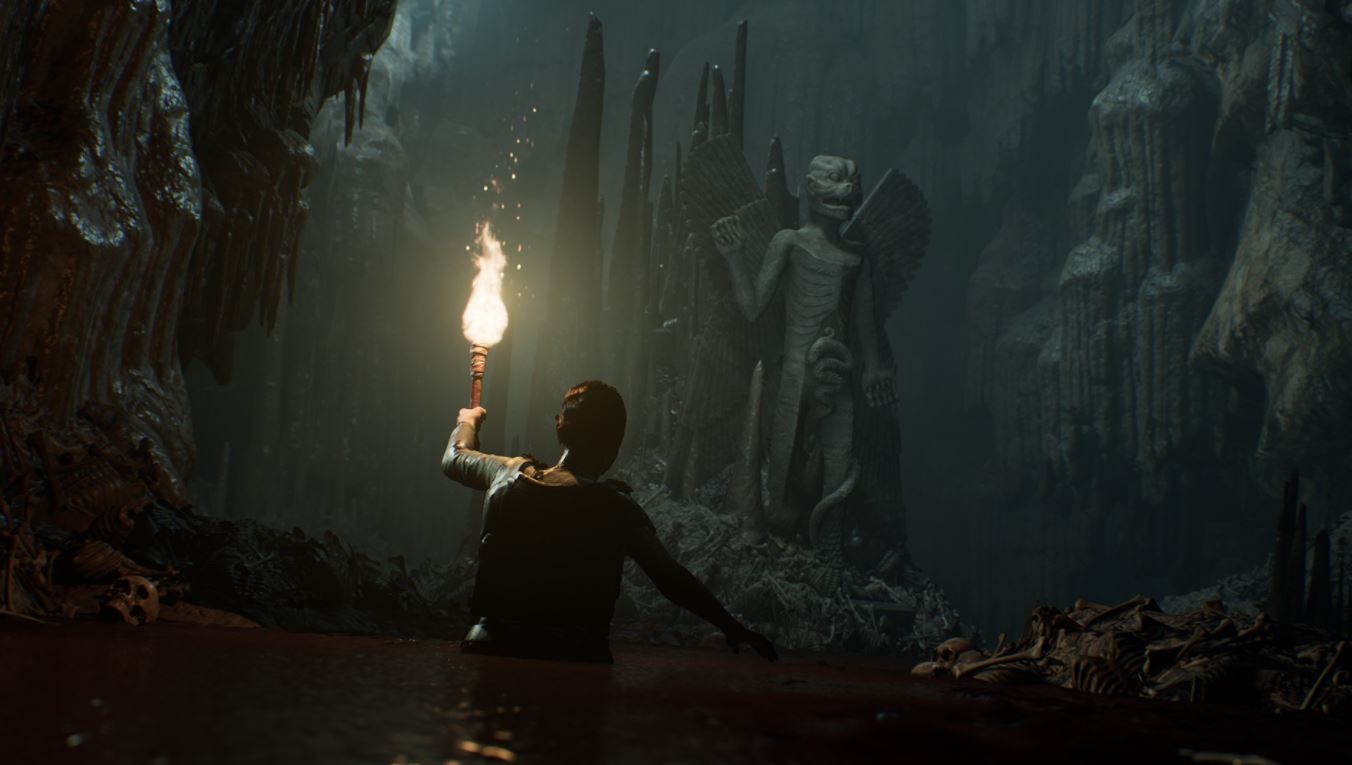 So far we’ve had haunted ships and bewitched villages as the settings for the last two entries in the Dark Pictures Anthology, with House of Ashes taking something of a different tact (or at least as far as I could see based on the preview build I played).

Set during the waning days of the Iraq war in the late 2000s, House of Ashes pulls a super neat trick that the previous two games never did. Chiefly, rather than having players control a group of functional or dysfunctional friends and acquaintances, House of Ashes instead pits two firmly entrenched sides against each other (namely the Iraqi and US armies) as they struggle with their own prejudices against the backdrop of a long slumbering and of course murderous evil presence. 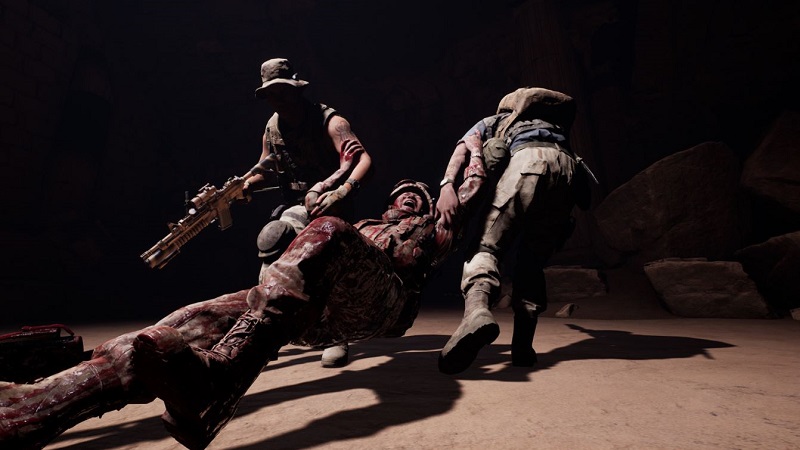 Without giving the game away too much here as to just what that evil is, it’s refreshing to note that at this stage it *appears* to be a single entity, rather than the pick and mix of nightmare fuel that the previous two games gave us. In short, if the previous two games felt like Cabin in the Woods in terms of the sheer number of bad things that were making your life a misery, then House of Ashes feels more akin to Ridley Scott’s seminal Alien, with just a single foe stalking players throughout the game. Or at least that’s how it seems so far.

Though there are two main ‘sides’ in the game, you’ll actually be playing as individuals from three different groups of people. While you have the Iraqi soldiers and the American soldiers, you also have the CIA research team that has been sent to Iraq and is supported in turn by the latter, but what they all have in common is that by the end of the preview build all three groups have some sort of contact with what appears to be the Big Evil in House of Ashes.

As to the creature itself, split-second visual exposure via jump scares and ample amounts of darkness keep its identity fairly well concealed for the most part, while also confirming that like the games before it, House of Ashes intends to trade largely on a diet of jump scares more than anything else. 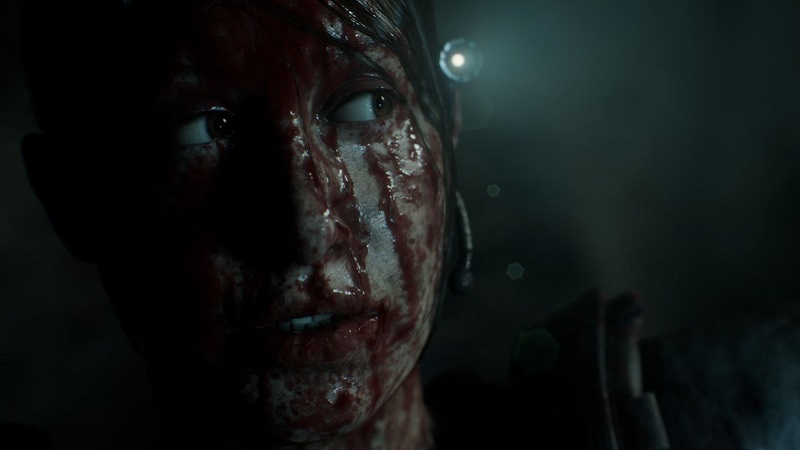 In practice, House of Ashes seemingly plays just like the previous two games in the series. Played either alone or via pass the controller co-op, House of Ashes adopts a third-person perspective view and encourages players to explore the environments, uncover clues about the evil that is plaguing the joint, while the decisions that you make create divergent paths in the story which in turn can lead to everyone surviving, some surviving or hardly anyone making it through to the end credits.

Similarly, as with the previous games you can discover premonitions which tip you off to possible future outcomes. Except here, they appear on stone tablets rather than photos or paintings. As you might well expect, QTE sequences return too – requiring the player to quickly input a series of on screen button presses in order to complete an action sequence. Again, it’s all going to be roundly familiar stuff if you’ve played any of the previous games in the Dark Pictures Anthology.

Also predictably, the visuals are top notch with some still best-in-class character and facial animations bolstered by highly detailed environments that really lean into some great lighting and shadowing effects. After all, if you’re going to depict a subterranean horror effort, being able to realistically depict light and shadow is a boon and developer Supermassive Games does some great work here. 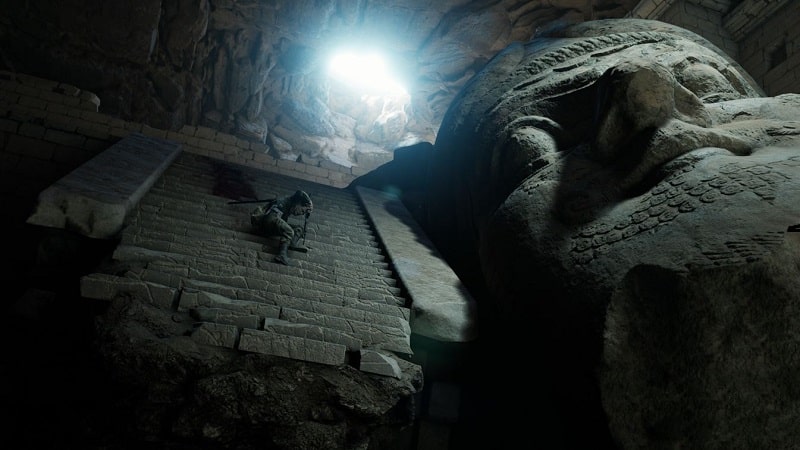 Though House of Ashes does little to change the overall structure that has been set down thus far and what looks to be locked in for the remaining entries in the Dark Anthology, that actually works to its advantage to a sense. As I mentioned at the beginning, the Dark Anthology games have felt like an annual spectacle – a reliable reason to celebrate Halloween beyond the community spirit brought on by the usual shrieking trick or treaters and busy streets.

And while this year’s game doesn’t look to evolve the formula greatly in any one direction, I’ll still be looking forward to getting some friends huddled around a TV with plenty of snacks and ready to scare the brown stuff out of our pants when The Dark Pictures Anthology: House of Ashes releases later next month.

The Dark Pictures Anthology: House of Ashes is set to release for PS4 and PS5 on October 22, 2021.