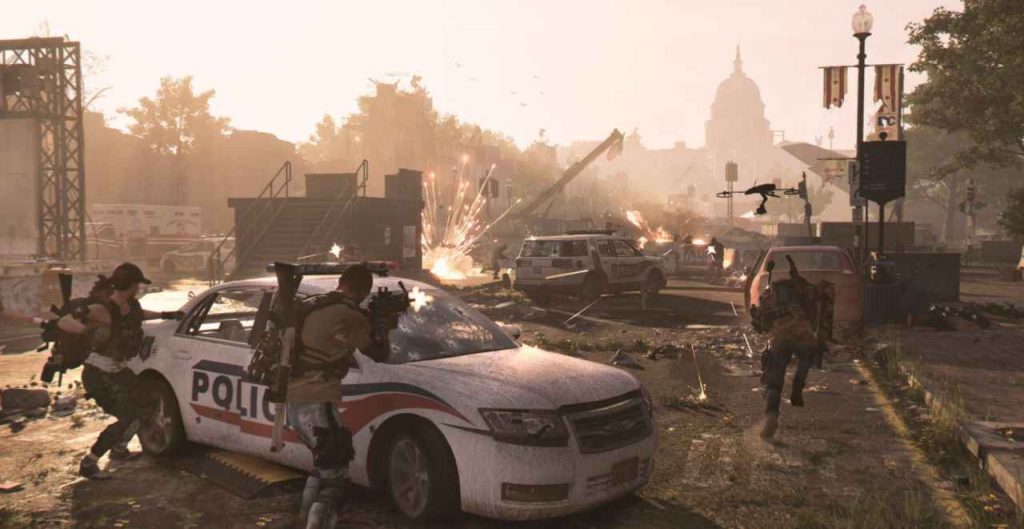 The Division 2 offers eight different skills to use during combat. These improve your arsenal and grant you new abilities to help you take down the deadly enemy factions. You can equip two of these at a time and they are activated using the shoulder buttons. Each skill also has multiple different variants, allowing you to truly customise your loadout to your playstyle.

This article will detail all of the skills, their variants, and what they do. We will also tell you which to unlock at the beginning of the game to give you the edge in The Division 2’s tactical cover-based combat. Each Skill is initially unlocked for 1 Skill Point and 1 SHD Tech. The variants will then cost 5 SHD Tech to unlock. Which The Division 2 Skills To Unlock First

You can pick any of these skills early on in the game. However, there are a few that we would recommend, depending on a few factors.

If you are playing alone, the Scanner Pulse variant is a good starting option. This ensures that you are constantly aware of nearby enemies and are prepared for every fight. However, its range is limited. The Firestarter Chem Launcher is also a good starting option as it can cover a wide area and take out a group of enemies easily. The Blinder Firefly is also a good option due to its ability to stun enemies. Finally, the Cluster Seeker Mine is a good option due to its ability to affect multiple enemies.

If you are playing as a team, your choices should be different. Any skill that provides health regeneration, revives, or buffs are a good first choice. Therefore, the Restorer, Reviver, or Booster Hive is a good skill to pickup early on. The Reinforcer Chem Launcher is also a good alternative. Similarly, the Fixer Drone is a good option due to it being able to move around easily. Finally, to deal some damage, the Firestarter Chem Launcher is a good choice again as you can combine it with your fellow Agent’s gunfire and explosives.

We hope this guide has helped you make the important Skill choice at the beginning of the game. You can check out our full hub of The Division 2 content, which we will be updating and adding to in the coming days.