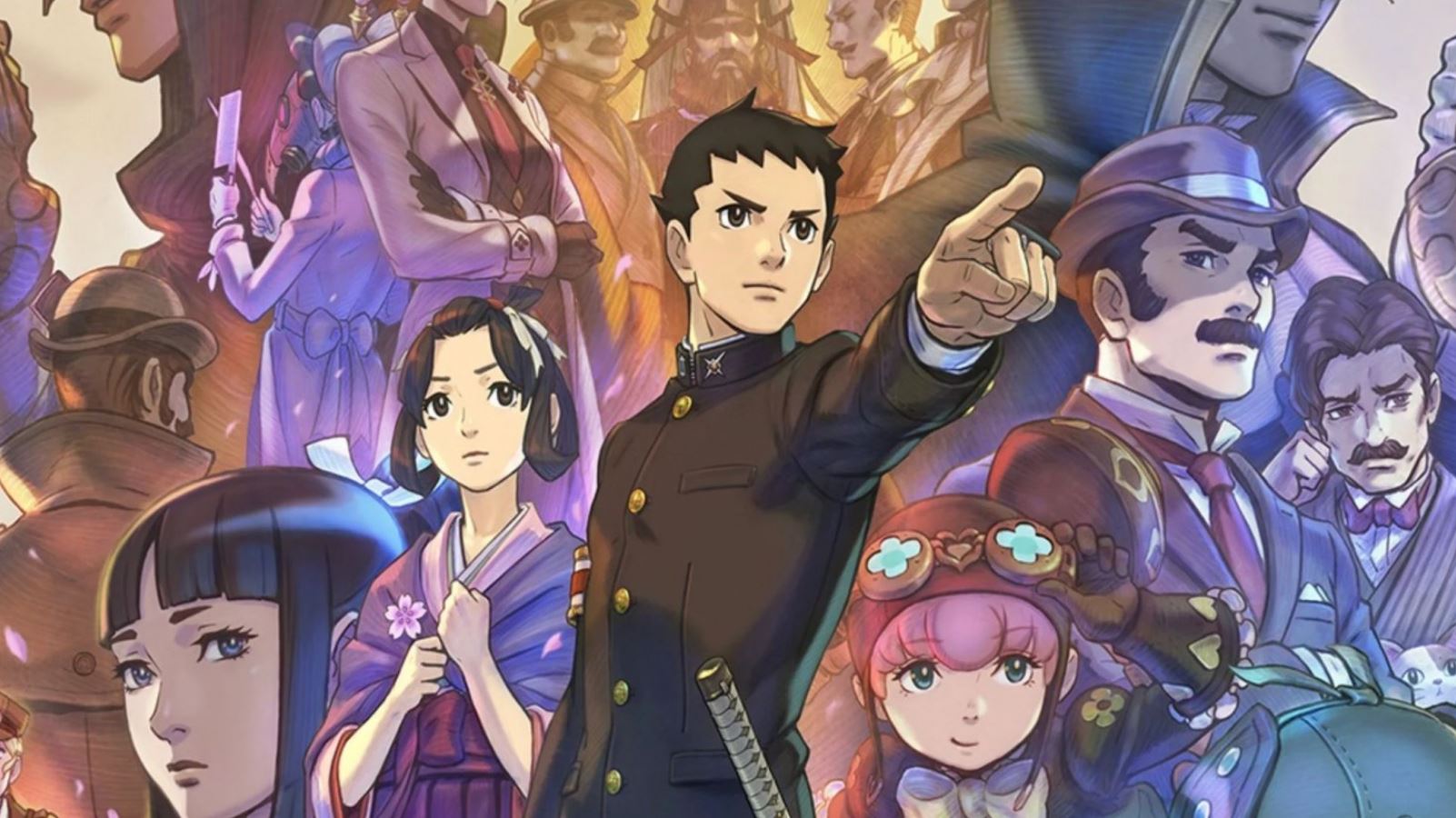 A Return To The Courtroom

This port of a 2015 Nintendo 3DS entry into the long-running series sees a step back in time, inspired in part by a previous crossover game with the Professor Layton series. Taking place in both Japan and England at the turn of the 19th Century, The Great Ace Attorney Adventures introduces players to the ins-and-outs of law and order with an opening case taking place with the use of Japan’s relatively infant judicial system of the time as a crutch to help players learn the less modern ropes of this familiar, yet refreshingly old-school, take on the evergreen courtroom drama.

The player is dropped in at the deep end as Japanese student Ryunosuke Naruhodo, who is about to be tried for the murder of an English citizen and all the available evidence, plus a tetchy, impatient prosecutor, looks like it will land him in jail. His close friend, and burgeoning lawyer, Kazuma Asogi, would have to put his dreams of being a lawyer in London on the line if he were to defend Ryunsuke, so a compromise is made where Kazuma coaches the spirited, yet fumbling, Ryunsuke to be his own defence. 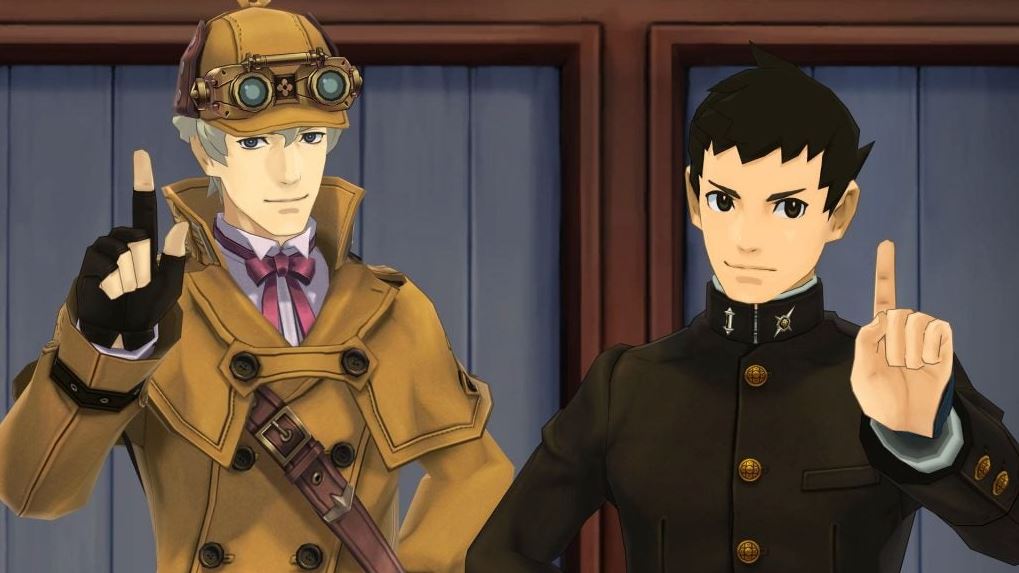 During this opening case, Kazuma nudges the player in the right direction, explaining the different ways you can examine the evidence, cross-examine witnesses, and how to retain important details that may not seem important yet. As openings go, it’s a great balance between a tutorial and a compelling case. The judge and prosecutor repeatedly try to deliver a hurried guilty verdict as each shred of proof Ryunsuke provides is chewed up and spat out, seemingly leaving him precariously close to going to jail for a crime he did not commit.

As the case reached a particularly important revelation regarding a witness, the whole dynamic felt like it was about to shift. No longer was I on the back foot! Yet The Great Ace Attorney Adventures once again stacked the odds against Ryunsuke and myself despite it being blatantly obvious who the real killer is. In this case, you’re essentially fighting a naive judicial system and the abuse of it by a government wanting a scapegoat to avoid an international crisis with its new bests buds in England.

Then, in classic Ace attorney fashion. The concrete proof comes together, and there are few feelings in all of video games as good as when you finally turn the tables in an Ace Attorney case. That this one sees the player defending themselves against seemingly insurmountable odds makes for a hell of an opening. As a case though, it barely scratches the surface of what is to come when Ryunsuke eventually makes his way to London and gets embroiled in the very different court system of merry old England, and the shenanigans of the greatest detective of all, Sherlock Hol…I mean Herlock Sholmes. 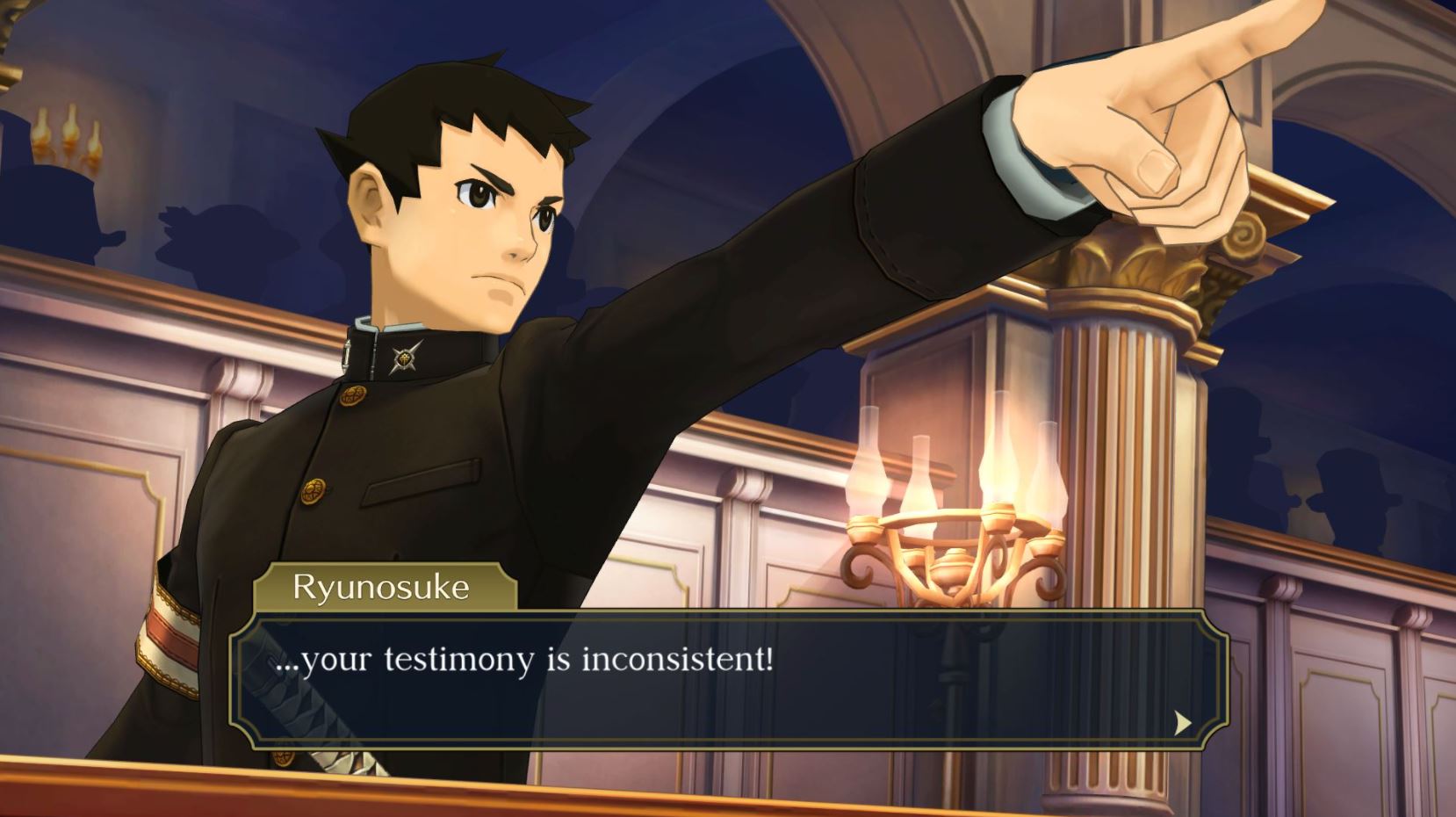 The star of the show really is this Bizzaro-version of Sir Arthur Conan Doyle’s master sleuth. Herlcok Sholmes has bravado, the power of deduction, and is, by all accounts, a bit eccentric. His deductions leave a lot to be desired, however, and Ryunsuke (an ancestor of Ace Attorney protagonist Phoenix Wright) sees him as the flamboyant idiot he truly is.

Despite that, Sholmes does manage to get things a bit right, just enough so that Ryunsuke can literally swap out words in the Great Detective’s deductions to come to the true conclusion. Sholmes is every bit the lucky, bumbling fool that everyone else perceives Ryunsuke to be, but naturally, everyone else seems to think Sholmes is godlike in his sleuthing. It’s a double act that remains entertaining throughout and provides light relief from the drama of the courtroom.

My main issue with The Great Ace Attorney Adventures is how frustratingly drawn out some of these cases can feel. There’s more than one occasion where you know exactly what you need to bring up in a case to change the tone, but the game insists on making you wait your turn. While this is a key part of the experience, you’re supposed to be patient and thoughtful rather than blurting out anything the minute you think of it, it gets taken to the extreme at times. Happily, the revelations are constantly surprising, even if you do get the gist of what you think has happened, there’s always a wrinkle to it that changes things.

In England, you not only have to deal with the witnesses (often more than one at a time), prosecutor, and judge, but the jury is also able to interject and question Ryunsuke’s claims. By the time you get to that, however, the game has done a fine job of preparing you for the bombardment of voices that the Victorian era courtroom provides. Once again, the series’ greatest strength lies in dropping crumbs of hope, having the crow of despair swoop down to devour them over and over again.

Yes, it gets a little bit ridiculous just how many times there’s an ‘ah-ha!’ moment in any given case, but that ridiculousness is exactly what makes The Great Ace Attorney Adventures so riveting. 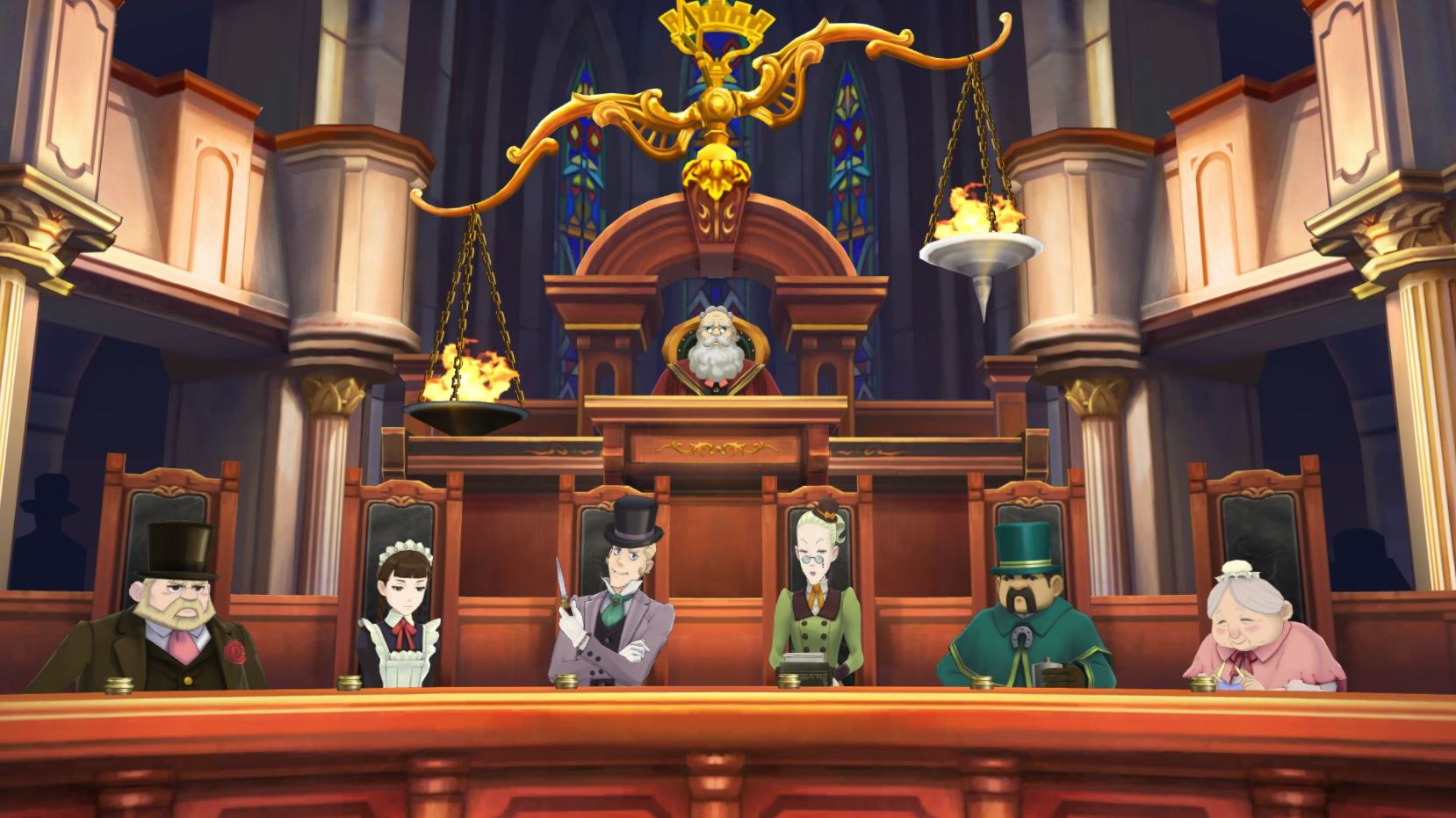 My preview time with this origin story for the Ace Attorney series has re-established just how effective its simple premise can be, and with this being a stripped-down historical reshuffle of that premise, it’s also a wonderfully refreshing take on it.

The Great Ace Attorney Chronicles releases for PS4 on July 27, 2021, and will be playable on PS5 via backwards compatibility.