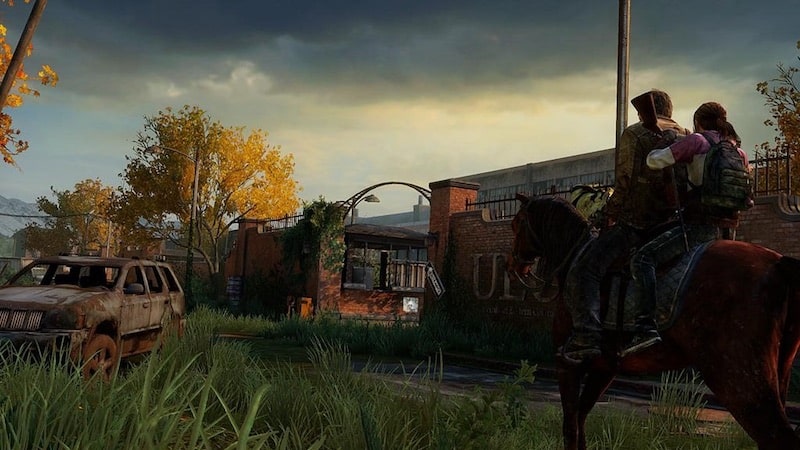 New footage from the filming of The Last of Us HBO series has emerged online, this time showcasing an epic punch-up between Joel and another survivor of the apocalypse.

The sequence shows Pedro Pascal’s Joel (or perhaps his stunt double, it’s not entirely clear from the footage) pushing someone up against a tree before getting them in a chokehold. This mirrors what Joel is able to do in the game when sneaking up on an unsuspecting foe, so it’ll be interesting to see how the actual scene plays out in the finished episode.

Elsewhere, there’s another video doing the round that shows Ellie and Joel riding through a university campus, mirroring the location from the game.

The Last of Us HBO series is currently filming it first season, and will air at some point in 2022. Bella Ramsey, who portrays Ellie in the series, previously said that the set is like ‘walking into the game,’ giving us hope that this will be a faithful adaptation of the Naughty Dog classic.