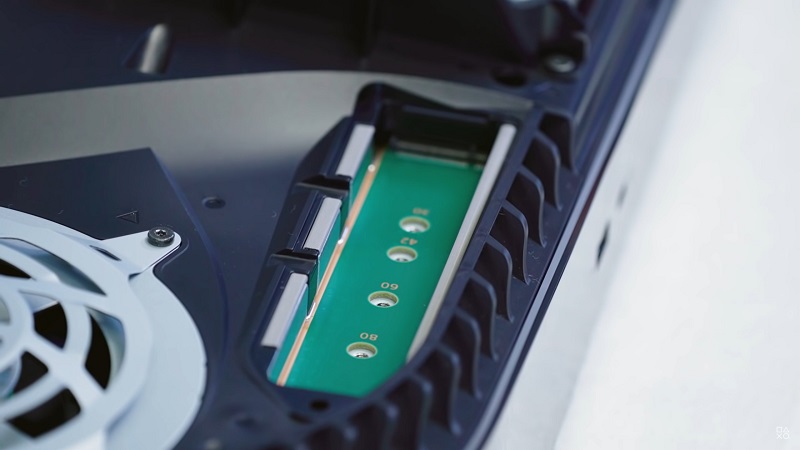 The latest firmware update for the PS5 finally allowed players to take advantage of the M.2 expansion slot in the console, and now players are doing their best to figure out which NVMe SSD is the right one for them, out of the few options that meet Sony’s spec requirements, but a recent video from Digital Foundry suggests that you in fact don’t need the best spec’d SSD for PS5, in fact even the worst one you could buy that’s compatible with the console could be just fine.

In the video, Richard Leadbetter of Digital Foundry embarks on a process of testing whether or not the worst spec’d SSD you could buy for the PS5, that is the SSD which totally goes against all of Sony’s recommended specifications could run Ratchet & Clank: Rift Apart.

According to Digital Foundry, the Western Digital 250GB SN750 SE is the lowest spec’d Gen 4 SSD you can buy that will still at least function on your PS5, so they tested that against the Western Digital 1TB SN850, arguably the best drive you can currently buy for PS5 and the console’s internal SSD.

The findings were interesting to say the least, because not only does the video suggest that Sony’s method of benchmarking whichever SSD you install is wildly inaccurate, but the SN750 SE, which has read and write speeds that should make it incompatible with the PS5, works practically just as well as the internal SSD or the Mark Cerny recommended Western Digital SN850.

The one catch is that the SN750 is much slower when it comes to transferring games from the internal SSD to the new drive, but in terms of load times and gameplay, they’re both entirely comparable to the point where it would difficult to really tell the difference.

It should be noted we saw a similar incident earlier in the year with The Verge going about the same kind of test, with different SSD’s, and got the same result as Digital Foundry. Now that we’ve seen testing from different outlets with different drives, it’s probably worth it to try your luck with a lower spec’d PCIe Gen 4.0 drive if you’re wanting to expand your storage for a bargain.

You can check out the video for yourself, right here: