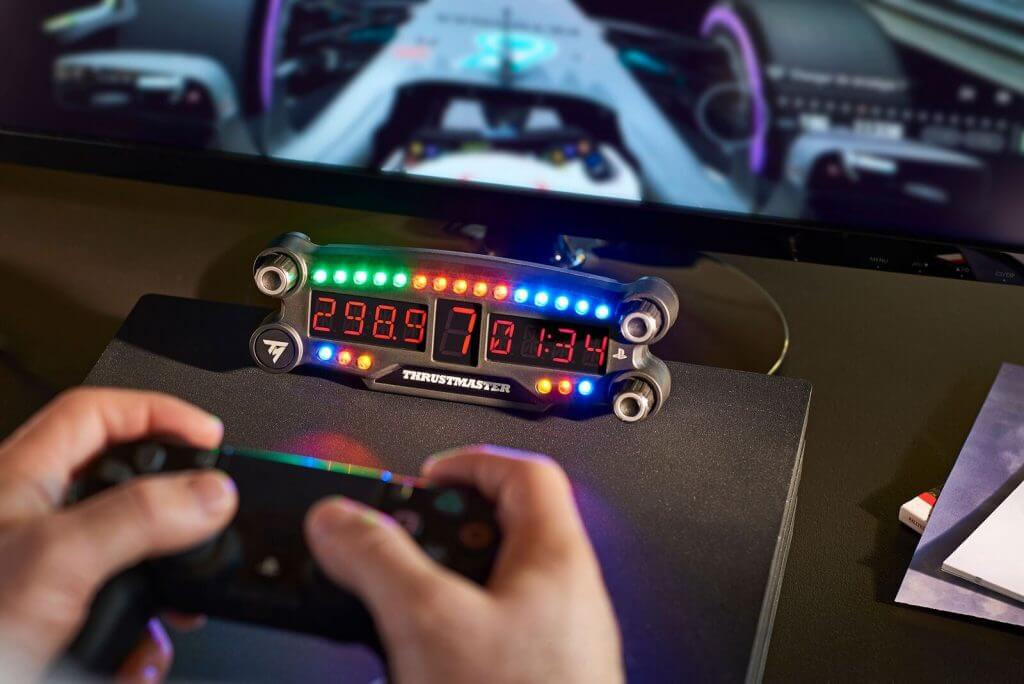 The Thrustmaster BT LED Display as no wires, is compatible with PS4 only and works with all current wheels, though they recommended using it for the T-GT, T500 RS, T300 series, T150 and T80 racing wheels. It's also compatible with the DualShock 4 so you don't need to own a racing wheel.

Other PS4 racing games will be added at a later date. How much you ask? The BT LED display will set you back £139.99. A release date has yet to be announced.