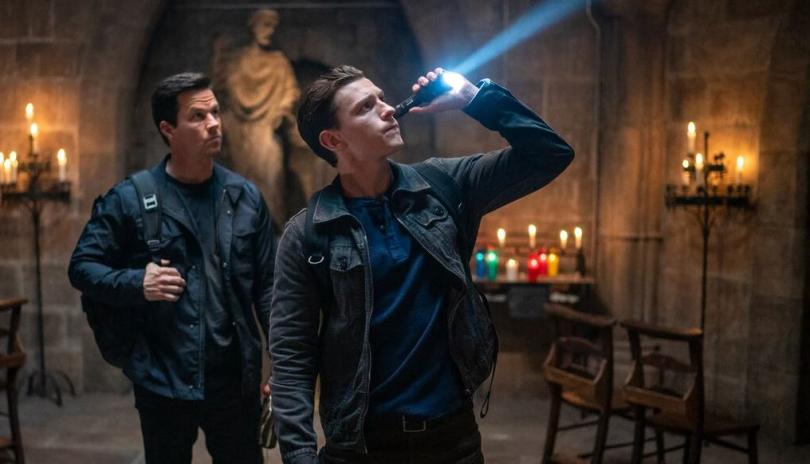 Sony Pictures has unleashed the official trailer for the long-awaited Uncharted movie, which is heavy on action set pieces and banter, all to the thumping beat of Led Zeppelin’s ‘Ramble On.’

Tom Holland looks like he’ll be a great lead as Nathan Drake, although I still am not convinced about Mark Wahlberg as Sully. Having said that, there’s tons of throwbacks to the games, including Uncharted 3: Drake’s Deception’s infamous cargo plane sequence.

Holland even yells Drake’s trademark ‘oh crap’ one-liner before being thrown out of the plane. Great!

The Uncharted movie is an origins story featuring a younger Drake meeting up with Sully, where they embark on a globe-trotting journey in search of lost treasure. From the look of things, it seems to be a combination of Uncharted 3 & 4, as Sam is also mentioned.

Sony Pictures will release Uncharted in cinemas on February 18, 2022.