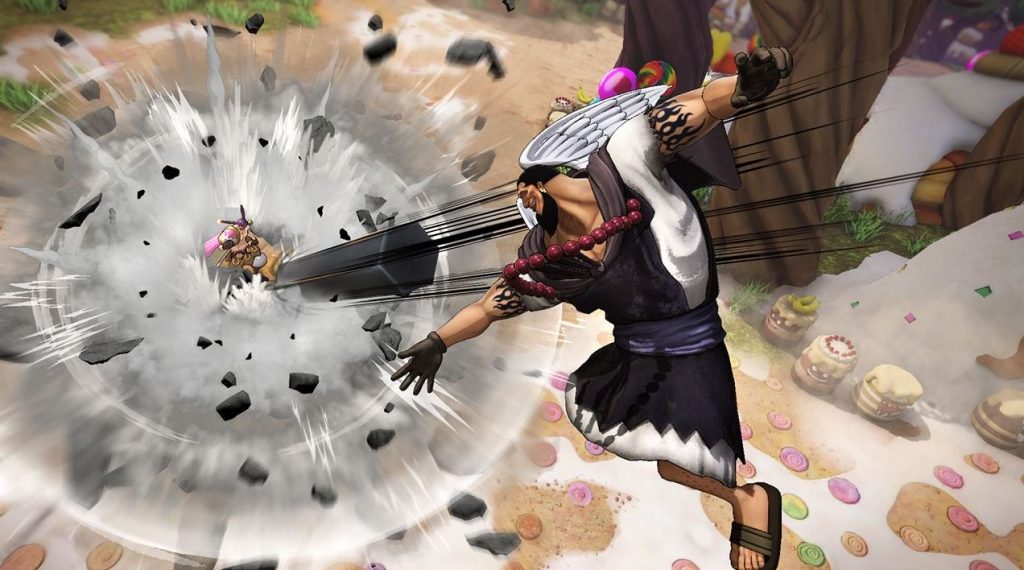 Bandai Namco has announced that Urouge will be the next DLC character for One Piece: Pirate Warriors 4, with the fighter launching this Fall.

Announced in a blog post, he is the third and last character of the Worst Generation Pack. With supersized physique, he is capable of using his brute strength to pulverise anything and everyone around him, whilst taking advantage of his agility to counter agile opponents that get within an inch of him. Thanks to the Devil Fruit he ate, he is able to convert the damage inflicted onto him into strength, thereby making him more dangerous and stronger each time he is hit.

He will be available alongside X Drake and Killer within the Worst Generation Pack. Urouge can also be bought separately. One Piece Pirate Warriors 4 was released earlier this year on PS4. The game was received quite positively, with the action title currently sitting at a 75 on Metacritic.

Urouge will launch in One Piece: Pirate Warriors 4 this Fall on PS4.