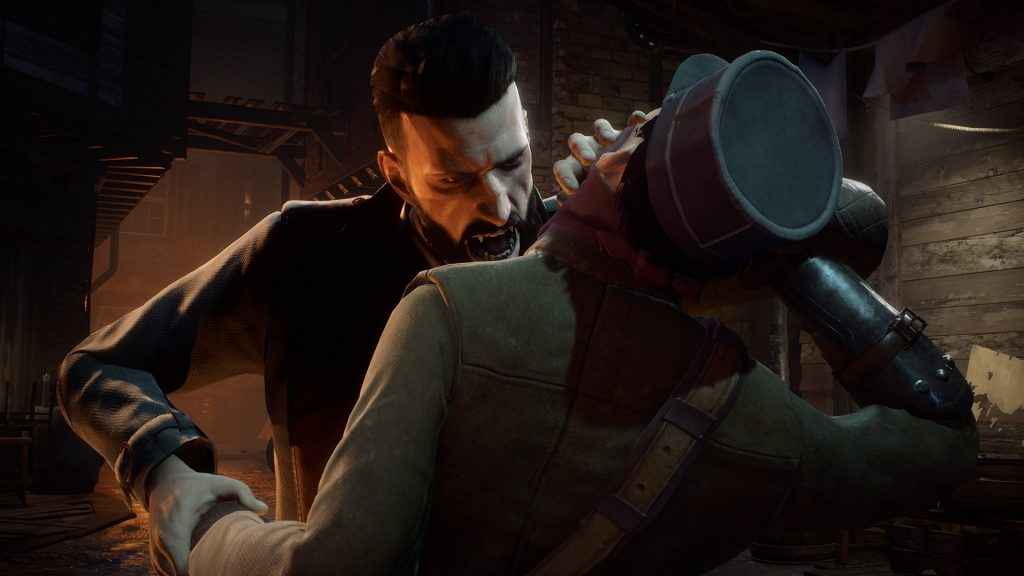 Vampyr Best Skills to Upgrade – Whether you find yourself murdering aplenty or abstaining from indulging in the claret in Vampyr, there are a number of skills that are fantastic fit for both play styles and which are deserving of the XP you’ll need to put into them.

Nonetheless there are at least two skills and stats that are absolutely essential, no matter what style of play you choose.

Regardless of which side of the fence you fall on however, an indisputable fact is that stamina is king. Indeed, stamina basically controls all your physical attacks and movement, which means should you prematurely deplete it you can find yourself six feet under in pretty short order – so the order of the day here is stamina, stamina, stamina.

After stamina the next most important ability to stuff points into is Blood Barrier, simply because the additional armor that it affords you can come in really handy in boss fights where the damage done to our good (or bad) Doctor Reid can be overwhelming.

Beyond this point, Vampyr actually provides players with a fair degree of creative latitude to decide what other skills they should put their hard earned points into. As such, it will largely depend, again, on your style of play and good ol’ fashioned common sense.

And this is where the rest of this guide comes in.

Easily one of the best skills to have earlier on in the game, autophagy allows Reid to heal himself for a decent amount of health at very little cost. It’s a great skill that finds its healing pay off considerably amplified in the later levels. Get this as soon as you can.

To ram the point home on this, you really, really need Blood Barrier. Fashioning a protective shield of plasma around Reid, Blood Barrier will fully absorb one hit of damage to begin with, but can be upgraded to soak up to three hits at its highest level.

Beyond just turning you in a damage soaking tank, this skill is absolutely brilliant as it enables player to hop in, dish out some damage, hop out, and not worry about taking any damage. Like all the best things in life, Blood Barrier is free to use too!

Another hugely useful skill, Coagulation is pretty much indispensable as it enables Reid to freeze enemies and bosses for a set period of time until they are struck, thus ending the status effect. Where this skill really comes into its own though, is that it allows you to manage crowds of enemies effectively; freezing the most dangerous one in place while you nip about the place, attacking others or sneaking in a cheeky free strike on your rooted foe.

Even better yet, once you’ve leveled Coagulation sufficiently, you can then add an optional blood drain effect to your opponent, which aside from being a lovely addition, is also totally free to use which means that you should be employing it at every turn.

Should you be adverse to firearms, you’ll soon to discover that Bloodspear is a more than worthy alternative. More potent than a great many guns you’ll stumble across in the game, Bloodspear has a decent range on it that allows you to harass enemies from some distance away.

More than that, Bloodspear not only counts as a defensive Blood Attack, but it can penetrate through multiple foes at once which makes it super useful for fights where you find yourself outnumbered.

If Bloodspear is the equivalent to Reid’s firearm based ranged attacks, then Claws is most certainly the physical attack based alternative to the use of traditional melee weapons and attacks.

Unlike Bloodspear however, Claws can be upgraded to be stronger than any weapon in the game. More than that, it can be mixed into your combinations for additional damage, while upgrading the ability allows a blood drain debuff to be put into effect which makes the skill cheaper to use still.

Of all the aggressive skills available, Shadow Mist is arguably the strongest as it creates a puddle beneath a chosen enemy before exploding and then damaging all foes caught in the blast radius.

Though undeniably powerful, Shadow Mist is a Shadow based attack which must be used sparingly as it can take a little while to be executed in the heat of battle and as such, should be used tactically and thoughtfully in order to get the most out of it.

Though the premise of this skill is rather inviting – being able to turn yourself totally invisible at the cost of stamina, it loses its teeth later on in the game because there are many enemies that can simply see through it.

Because of this, there are simply far better other skills to spend your stamina and hard earned experience points on. Avoid!

Much more useful on the other hand is the Spring skill, which allows Reid to pounce forward and deal substantial Shadow damage to whatever target he happens to land on.

In particular, Spring has a high degree of utility as players can either tweak it later on to cause more damage, or produce a massive stun effect that is extremely handy if your play style involves bites and stuns.

One thing to note about Ultimate Skills before we get started. Hugely powerful skills that incur zero cost, they have a tremendously long cooldown that tops out at 99 seconds, and so must be used frugally in order to be truly effective.

Arguably the most potent skill you can get in the whole game, Abyss thrusts foes up in the air, holds them there for a bit and then slams into the ground with horrendous force.

Aside from dealing huge amounts of Shadow damage, this skill is hugely useful because not only does it enable Reid to dish out follow up attacks when the enemy is suspended in the air, but it also provides enough time for to take a breather, too. A very useful skill.

A DoT (Damage over Time) skill that finishes off with a massive explosion, Blood Cauldron is a natural companion to your physical damage combinations as the resulting explosion disrupts all enemies in range and thus provides additional avenues for attack.

Again, this is hugely useful Ultimate not least because it makes crowd fighting a great deal easier.

The weakest of the Ultimate skills, Rage turns Reid into a vicious monster for a brief period to time, physically attacking any target in range and generally discouraging foes from surrounding him.

The upshot of this is that Rage is good for crowd management, but not so good for killing off said crowd as the damage is comparably low to other skills. Rage isn’t one skill I’d be putting experience points into, quite honestly.

A no-brainer skill if there ever was one, the more points you put into Body Condition the more health you’ll have and thus, the more difficult you will be to kill. Trust me, you’ll need tons of the stuff to survive the boss encounters later on in the game.

Again, another absolute common sense skill is Physical Prowess because it increases the stamina available to you. Naturally, this is essential because just about everything you do in the game requires stamina, and so yeah, get lots of it. Lots. Of . It.

Fast Regeneration simply increases the health that you suck from your foes whenever you land a successful bite attack… and that’s pretty much it. Quite honestly, it’s hardly essential and there are much better passive skills that you could invest in.

Hard Biting
Not one of those worthwhile skills however is Hard Biting, whose sole application simply increases the amount of damage you do with each bite – something that shouldn’t be relied upon as a damage dealing mechanic simply because there are far better ways to deal damage in the skills detailed previously in this guide.

If you’re big on stuns and use a lot of aggressive skills then Big Thirst could be just what the doctor ordered! (sorry).

By increasing the amount of blood that you regain whenever a bite attack is performed, this allows physical damage and stun focused players to keep that particular brand of combat momentum going a lot longer.

Pretty much essential if you’re a player that leans heavily on aggressive skills, Blood Capacity does what it says on the tin – it increases the amount of blood that you can store and use.

Another self-explanatory skill, upgrading the Cartridge Bag simply increases the number of bullets your firearms can retain. Though enticing on the surface, the benefits of this skill are undercut by the fact that the ammo count increases very slowly and in the end only provides a few additional rounds once the skill has been maxed out.

Because of this, there are other skills that are much more worthy of your XP love.

Like the Cartridge Bag before it, the Medical Bag skill is clearly obvious as to what it does. Putting points into this skill allows you to hold additional medicines in your inventory.

The problem with this however is that each type of medicine is rather restrictive in terms of its use and associative benefits, therefore making this skill another one that you’ll want to pass over in favour of something else.

If you missed it, you can see what we thought of Vampyr in our review, here.