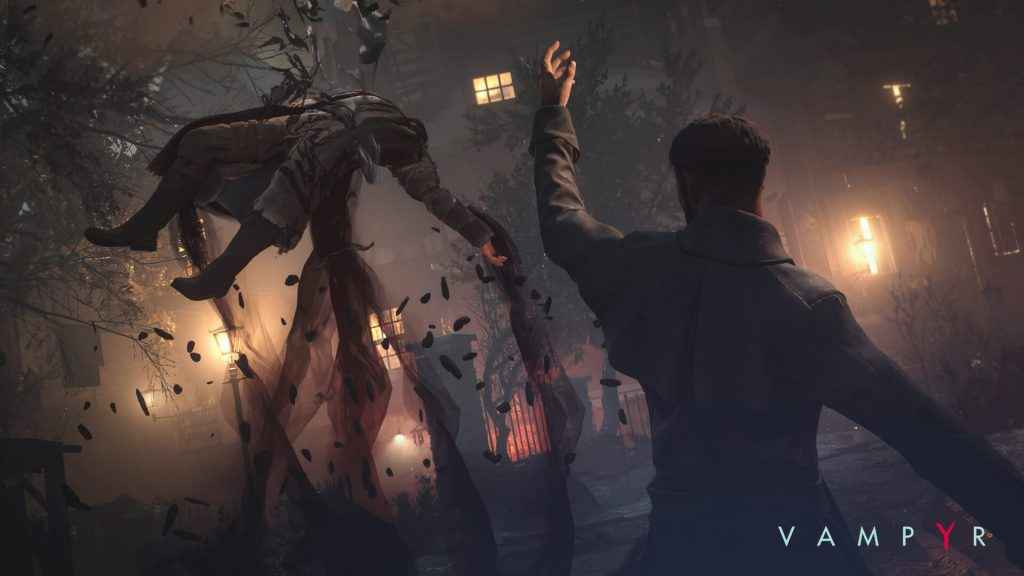 Want to know how to complete the Vampyr Wrong Target investigation? Check out this guide to complete each step of the objective in the new PS4 action role-playing game from DontNod Entertainment.

Once you've completed ‘A Rat in the Hospital' quest and talked to Edgar Swansea, you'll unlock a new investigation called ‘Wrong Target. In this Vampyr quest, you'll start off by trying to find out who is spying on Thelma.

Before you start, check out the Vampyr Best Skills guide so that you’re prepared.

Thelma Howcroft is a delusional patient at the Pembroke Hospital who is convinced that she is already dead - or undead - and trapped inside a rotting body. Despite her obvious mental issues, the woman claims she is being spied on by some men and winner who want to hunt her down because she is a vampire. Is she referring to the Guard of Priwen? I can't take the risk of having these hunters investigate around the hospital. Maybe I should spy on them, and protect Thelma Howcroft from the hunters.

First up, you'll need to check your map. Check out white head, which is where you need to head. In the Vampyr Wrong Target quest, you'll eventually be heading towards Whitechapel, but the first location is not far from the hospital.

Once you've reached the area, the next part of the objective changes to ‘Determine what the Priwen Agents have discovered'. Remember to scan the environment for signs of life, and head into the room upstairs where you see activity.

Fight off one level 6 and one level 7 enemy. Pick up the survey mission note from the table. The next step in the Wrong Target investigation tasks you with finding the local command post of the Guard of Priwen.

Travel towards the white head on your mission map. You'll need to make sure you're a high enough level, because you'll face some level 12 enemies along the way, and level 16 enemies when you pass through the metal gates.

Once you've got there, you'll need to steal the reports leading to the Pembroke Hospital. You can find these inside the building, upstairs on the table - beware of the level 17 enemy!

Now, all you need to do is to reassure Thelma Howcroft about the spies. Head back to Pembroke Hospital and speak to her to complete Vampyr Wrong Target.