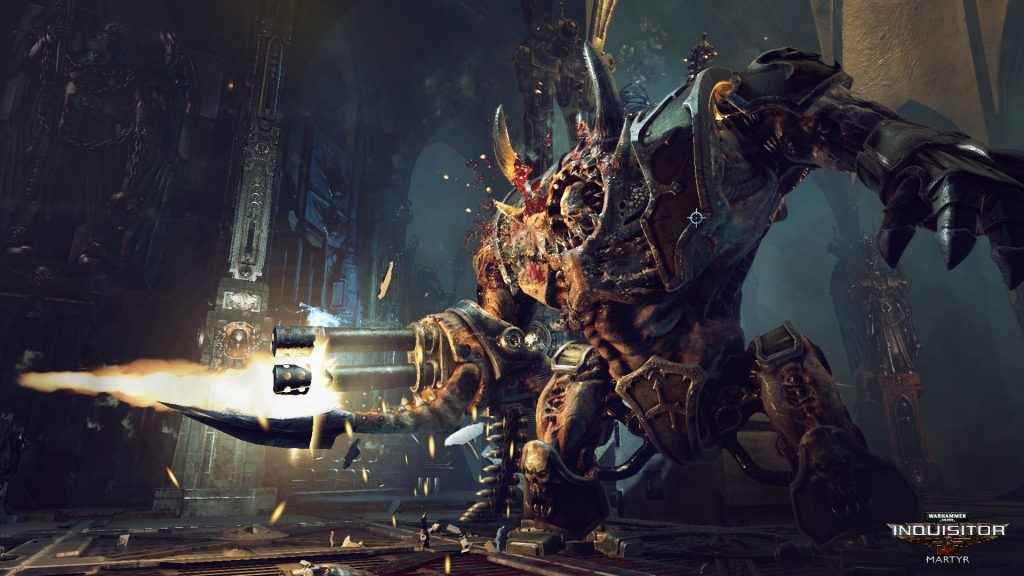 Publisher Maximum Games has released a new trailer which showcases Warhammer 40,000: Inquisitor Martyr gameplay in relation to its single-player campaign.

Cast as the titular Inquisitor, players must shoot, stab and blow their way up through the Caligari sector, an area in space that is utterly riddled with mutants, murderous aliens, heretics and the odd demonic god, too.

A third-person action adventure, and able to be played in either single-player or cooperatively online for up to four players, Neocore Games latest effort allows players to choose from one of three different classes as they go about taking on missions and completing side-quests whilst bringing destruction to a multitude of grotesque looking foes.

In addition to being able to progress each of those classes by unlocking new skills and abilities, Warhammer 40,000: Inquisitor Martyr brings an added wrinkle to the dungeon crawler template that sits at the heart of its experience. This being a title set within the confines of the Warhammer 40,000 universe, there are naturally lots of leftover technology and infrastructure strewn throughout its innumerable worlds. In Warhammer 40,000: Inquisitor Martyr, such things can be destroyed to reveal secret loot and supplies, or, hidden behind to provide cover from enemy fire.

Warhammer 40,000: Inquisitor – Martyr is currently in Early Access on PC, but is expected to launch on PS4 and Xbox One before the end of the year.