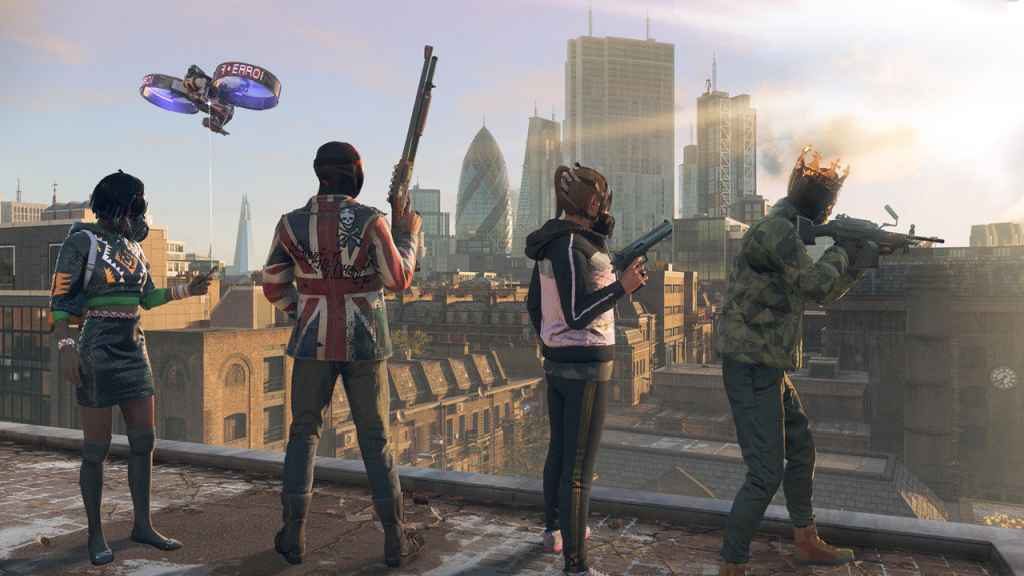 Without a doubt, Watch Dogs Legion was one of the standouts of this year’s E3.

Although the series itself might not be quite as popular as some of Ubisoft’s other cornerstone franchises, Legion successfully captured the imagination of gamers and critics alike with its ambitious “play as anyone” mechanic which, as the name suggest, lets players take control of literally any character they might happen across during their adventures through the game’s fictionalised version of post-Brexit London. Including sweet old ladies.

It goes without saying that actually implementing this mechanic was a rather complicated process. Something Watch Dogs Legion creative director Clint Hocking discusses at length in the August 2019 edition of EDGE Magazine.

“It was a huge dream and a huge ambition. Even when the words probably first came out of my mouth, I don’t think I really meant it”, Hocking begins.

“But as we started digging into this all-or-nothing proposition, and we saw how exciting but also how terrible it was… it’s the kind of thing that you desperately want to try. But you’re scared shitless of doing it. So: let’s do it”.

Terrible in the sense that, without a traditional protagonist to build around, Ubisoft had to think creatively when it came to making sure no two characters look or sound the same.

There’s no dude on the box who’s there to start all the cinematics and the people you recruit are just the supporting cast. There are 20 different versions of Legion’s script and I don’t just mean people saying the same lines. We’re talking different characters, different personas, different voices, different acting.

We’re using technology to alter all the voices so that even if you happen to recruit Joe and John and they have the same actor and the same personality when they talk to each other, you won’t know it’s the same actor because we modulate the voices. We used photogrammetry to capture dozens of different faces, which have been combined using innovative animation techniques to produce literally thousands of unique heads.

The net result, according to Hocking, is a single-payer experience that’s “uniquely yours”.

Watch Dogs Legion releases on the 6th March 2020 on PS4, Xbox One, PC, and Google Stadia