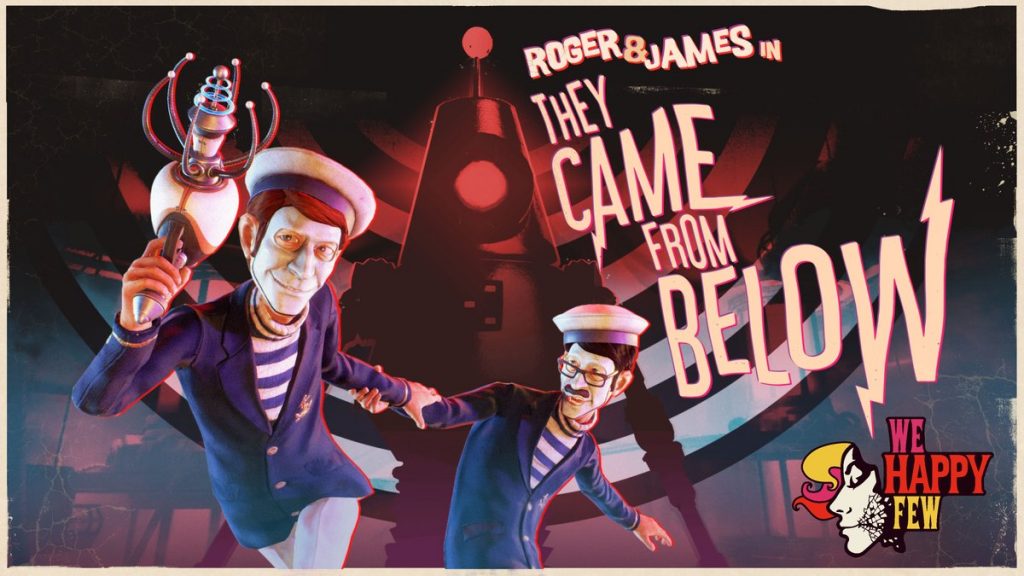 We Happy Few‘s first DLC, They Came From Below is launching next week. It will be available to PlayStation 4 players on April 4, 2019.

Compulsion Games revealed a bit more info on their Twitter.

Just announced! James and Roger have lost Dr. Faraday but managed to discover murdering robots! Dive into the newest hand-crafted story for @WeHappyFew! Find Joy in They Came from Below, Available April 4th! #PAXEast

This is the first of three planned DLC packs for the game, after Compulsion Games spent the last few months polishing We Happy Few and removing bugs.

We Happy few first released in August and was a underwhelming release, due to the many bugs the game had.

In our review we came away mixed “Encompassing a brilliant and inventive setting that is let down by half-baked systems and a lack of polish, We Happy Few is heavily flawed though still ultimately enjoyable adventure romp through 1960s dystopian Great Britain.”

What are your thoughts on the first DLC for We Happy Few?