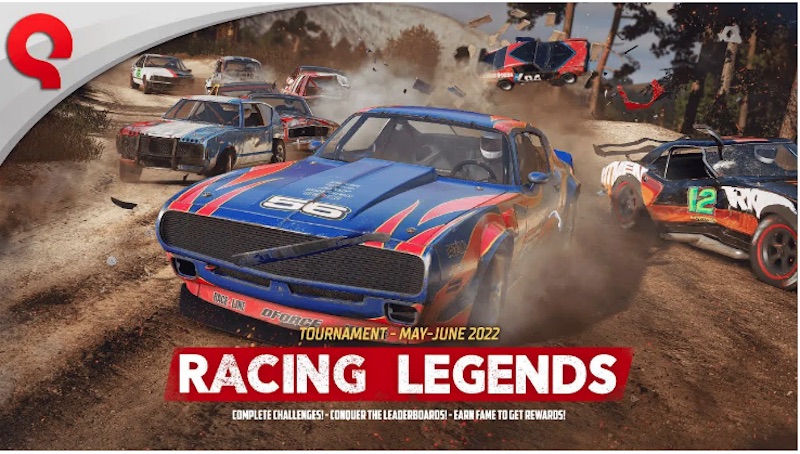 Bugbear has popped the hood on the WreckFest update 2.19 patch notes, which comes with new content for the Racing Legends event. You can read up on the full WreckFest Racing Legends update below.

We’re excited to announce the availability of a new tournament!

And it’s not only the tournament, but there’s new free track too! As some of you might have already guessed, the name of the track is a homage to the ever so prolific modder Tor Ole Lerbæk who is perhaps better known in the community by his alter ego Very End, whose handiwork this gorgeous rallycross style track is for the most crucial parts. The track comes in two layouts, main and short, in both forward and reverse configurations.

In keeping with the spirit of the new epic track, the tournament challenge is all about racing too. We’re tasking you to chase the opponents using Roadslayer GT. You probably already know the drill: the better your position the more score you earn per each meter traveled, plus you get bonus score for each lap as long you keep up a good pace. The best racers (or those who already have enough fame points in the bank) can claim a new paint bundle for the Roadslayer GT from the tournament shop, and while at it, it’s also worth checking out the new paint job for the Tristar that’s another new addition in the tournament shop.

In other news, we’re rolling out the Cup Mode with Qualifying Sessions as well as Spectator Mode on consoles as well, previously only available on PC.

Cup Mode
In Cup Mode, players will be awarded points for any event that they participate in, making it easier to run online cups with multiple events. The cup points are shown in the lobby together with the number of events they player has participated in, and the players are sorted according to the points. To enable Cup Mode, set “Session Mode” in Server Options screen to any of the cup modes.

Spectator Mode
It’s now possible for the Host, Admin or Moderator to set any player (or themselves) as a spectator using the lobby context menu. Any player set as a spectator will not participate in the event but instead will be free to use the photo mode to spectate and direct the event as well as of course stream it. The spectator role will be maintained from event to event until revoked.