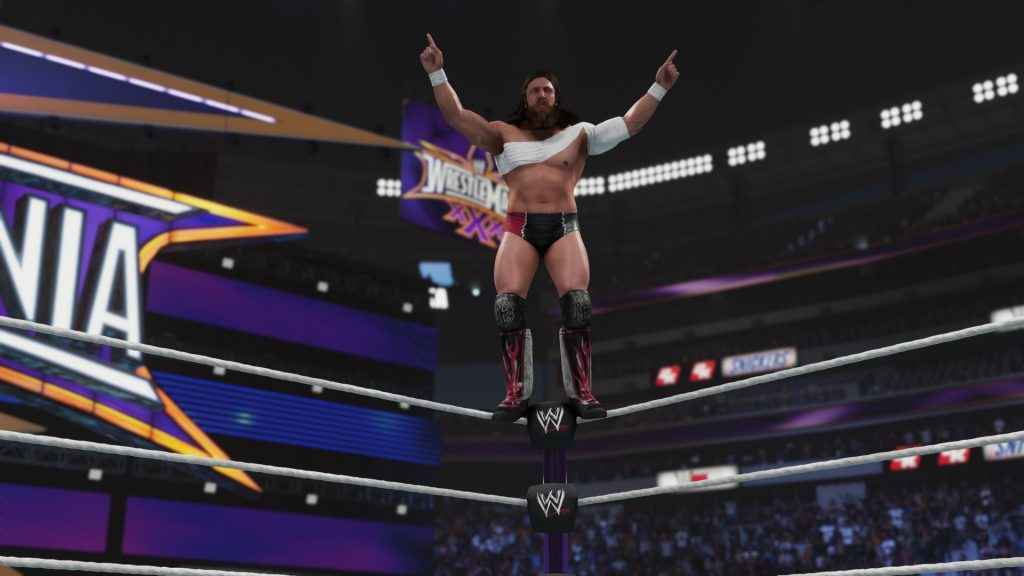 You’ll find the full patch notes below, however, bear in mind they’re a little vague. In other words, don’t expect to see a detailed, itemised list of the various bug fixes and performance enhancements implemented in the latest update.

Indeed, the majority of the patch is summed up in a few short sentences.

Hey all, we have just launched a new patch for WWE 2K19 (Patch 1.02) which features improvements to overall stability, support for the upcoming Titans Pack DLC, and other bug fixes to enhance the user experience.

Which, considering there are a fair few bugs hidden away in 2K19 (albeit relatively innocuous ones, on the whole) it’s not particularly informative.

That being said, 2K did go into slightly more detail in two areas specifically. Those being the addition of the Elimination rule in multi-person custom matches and the ability to perform mid-match Money in the Bank cash-ins in Universe Mode.

As mentioned in the official statement above, patch 1.02 releases ahead of the game’s first major DLC expansion: the Titans Pack.

Costing $9.99 in the US as a standalone purchase or as part of the $29.99/£24.99 Season Pass, the Titans Pack augments WWE 2K19’s already substantial roster with four new wrestlers: Bobby Lashley, EC3, and the War Raiders (Hanson and Rowe).

Another, similar DLC expansion meanwhile, the Rising Star Pack, will be arriving shortly thereafter. This one featuring the likes of Ricochet, Dakota Kai, Candice LeRae, and Lio Rush. But no Tommaso Ciampa.

Developed by Yuke’s and Visual Concepts, WWE 2K19 released worldwide on PS4, Xbox One, and PC on the 9th October.