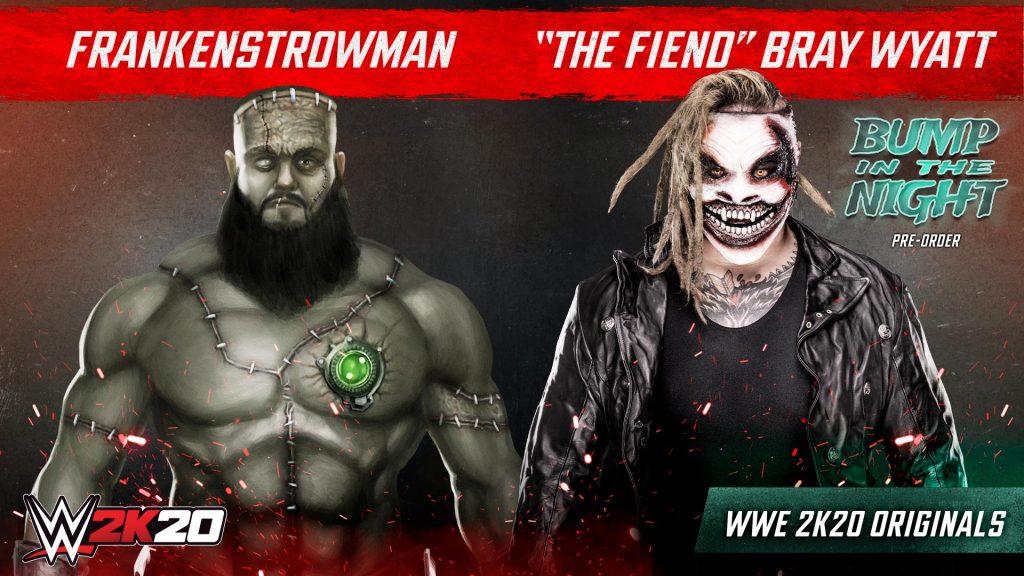 2K has revealed details on WWE 2K20 Originals, a series of DLC packs for the upcoming wrestling title, each one introducing “all new imaginative realms” to WWE 2K20. The first one out the door will be Bump in the Night, and as the name suggests, is a horror-themed pack that is also available as a pre-order bonus at participating retailers.

While you can snap up Bump in the Night as a pre-order bonus, this pack will also be made available for purchase separately at $14.99. The DLC’s main highlight is the debut of ‘The Fiend’ Bray Wyatt as a playable character, who previously rocked up at SummerSlam last Sunday.

Here’s the full skinny on Bump in the Night:

Add the most unsettling Superstar in WWE to your WWE 2K20 roster!

An alternate “Swampfather” version of Bray Wyatt has amassed otherworldly power, becoming an embodiment of the swamp itself. He lures Finn Bálor to his compound to recruit Finn’s Demon into his group of powered Superstars, which he calls his “Family.” Finn is forced to fight in a series of matches against members of Wyatt’s Family until finally, the power within Finn Bálor is unleashed. Exclusive commentary brings the story to life.

All of the WWE 2K20 Originals will be priced at $14.99, although 2K is offering players the chance to grab three of them via the WWE 2K20 Backstage Pass for $29.99. This pass is also included in the WWE 2K20 Deluxe and Collector’s Editions, and you can download them as soon as they’re available.

Here’s the list of options available to you, per 2K’s press blurb: