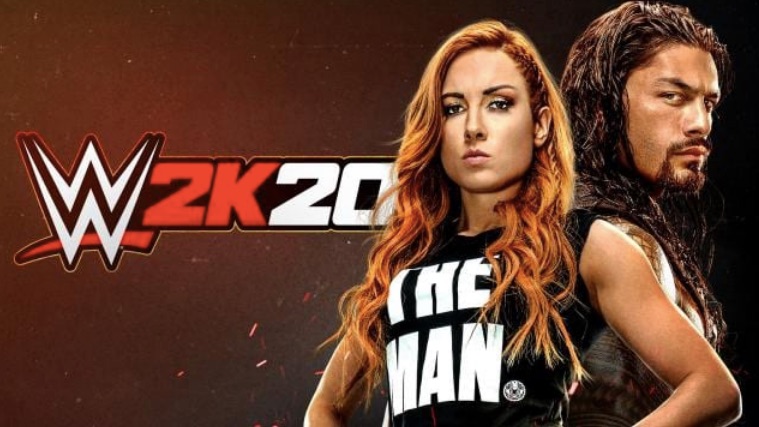 Straight up – WWE 2K20 is a total, Big Show sized mess through and through; even after the most recent 1.02 update. Indeed, if you had to compare WWE 2K20 to a wrestler, past or present, it would have to be The Shockmaster – a faux-glitzy, wannabe powerhouse that stumbles and falls with such spectacular aplomb that your only options are to laugh or despair. Except that you weren’t charged $60 to watch the Shockmaster fall flat on his face.

In case you have any illusions to the contrary, allow me to set you straight – WWE 2K20 is the worst wrestling game of this console generation (and probably the last one, too).

A Broken, Regressed Mess That Cements Itself As The Worst Wrestling Title In Years

Where to start? Well, how about the fact that even though we’ve just had a patch for WWE 2K20, the game is still absolutely riddled with bugs and glitches of every type you can possibly imagine. Though the most recent patch has fixed the initially hilarious glitch of staircases being slowly swallowed by the ring after powerbombing an opponent onto them – a whole litany remain. From ropes that glitch into the ring, to wrestlers that occasionally float high in the air for no reason, submission wins that go on forever never returning to the main menu (requiring a hard reset) and a range of other technical maladies, it’s clear that there is still so much work still to be done.

And then you have the absolute avalanche of design stuff that’s utterly wrong too. For a start the Undisputed Era entrance is an abomination. You have Kyle O Reilly doing Adam Cole’s entrance animation – despite the fact Adam Cole is the player character. Or how about the fact that the commentary is rarely representative of what’s actually going on in the ring – “What a DDT he just pulled off!” exclaims Michael Cole, despite the fact that it was Bianca Belair doing her KOD finishing move.

And please, PLEASE, can we have some fresh blood in the commentary booth? Can we have the charismatic tones of Mauro Ranello, Beth Phoenix and Nigel McGuiness dong NXT commentary, rather than the reheated, boorish proclamations of Michel Cole, Corey Graves and Byron Saxton constantly and violently being thrust into our earholes year after year? For far too long that trio has had a monopoly on commentary in WWE 2K games and it needs to end.

Related Content – The Best And Worst WWE Games On PlayStation

Something else that needs to end is the crappy collision detection. Much too often can you be seen to throw a strike which looks like it should land and it doesn’t – or the opposite; landing a strike that looked like it had no chance of registering is also something that happens with alarming regularity. Honestly, the sheer wealth of stuff that is broken in this year’s game is simply breathtaking.

If all that wasn’t enough, WWE 2K20 also tinkers and breaks what actually worked well in previous games. The control system, for example, has been altered for seemingly no reason at all – making the triangle button your new counter button and reassigning finishing moves to a combination of R2 and square button presses. Likewise, submissions and limb grapples have all had their button layouts changed too – but why? There’s no reason for it, other than to befuddle and confuse folks who will have already had their patience tested by WWE 2K20’s seemingly endless array of flaws.

This Franchise Desperately Needs A Year Or Two Off

Another dubious honor bestowed upon WWE 2K20 is that despite having a bulging roster of nearly 200 superstars, some of them have been modelled absolutely terribly. Poor Peyton Royce looks like someone has injected her eyeballs with crack, while Mandy Rose looks like she was freshly dug up from somewhere – and don’t even get me started on what they’ve done to poor Humberto Carrillo. Honestly, this just goes on and on.

Visually too, WWE 2K20 has hardly seen any kind of improvement in this department either. Hair still looks like it’s been shampooed with liquid cement, so many of the attack animations from the early PS3 titles remain depressingly intact and the environments in the new MyCareer story mode really, really look like they were designed for the PS2 (that’s not a typo, btw) with crappy lighting, sparse background elements, low texture quality and an almost total absence of animated detail in the environment.

Speaking of the MyCareer story mode, this year’s iteration is so spine cringingly executed that it makes me wonder whether or not it was more likely designed for pre-teens than it is for cynical, miserable crusties like me. The setup is thus – once you’ve created a male and a female custom wrestler, the story mode thrusts these two best friends into a scenario where as Trey and Red respectively, you follow them on their path to WWE superstardom from their early days in college.

And this is where the cringe comes in. In addition to some supremely bad voice acting on the part of the wrestlers themselves (though Samoa Joe remains the exception in what is a wasteland of poor performances), the script is actively terrible. In this nightmarish WWE world, one where President Johnson is a thing (I can actually dig that), our duo have made a list of things that they need to do in order to fulfil their dreams. From getting their own action figures and starring in a WWE movie, to more straight-laced goals such as headlining at Wrestlemania, the pursuit of these goals leads to some, shall we say, interesting cutscenes.

Whether it’s Trey getting his tongue stuck on the barriers during a match in Canada (I kid you not), to the hugely unfunny piss-take of Canada every few minutes where the powers that be put ‘Eh?’ at the end of every sentence, to the fact that Trey is not a goof (you wait until you find out how he got his name), but a hugely dislikable charisma hole at that, cements the fact that the MyCareer story, such as it is, is just simply awful. Or maybe dreadfully, on-the-nose ‘comedy’ from 1992 just isn’t for me. Who knows?

In between the cringe cut-scenes and matches, MyCareer lets you upgrade the abilities and stats of Red and Trey via a branching hexagonal matrix. The problem is, most of the tiles in the matrix are hidden until you spend a skill point to reveal them, meaning that it becomes really difficult to tune the upgrade path of your superstars as you’d like. Why couldn’t this have been reimagined as a much more traditional, tree-style upgrade system?

Complimenting MyCareer in WWE 2K20 is the return of the 2K Showcase story mode where players relive key WWE real-life matches, with this year’s instalment being focused on the trials and tribulations of the Four Horsewomen, Becky Lynch, Charlotte Flair, Bayley and Sasha Banks. If you’re looking for any kind of meaningful change, other than the scenario in this year’s 2K Showcase, you’re going to be disappointed.

As before, each match is joined together by the connective tissue of previously aired library footage and new video recorded for this mode (the low encode quality on some of these videos is especially appalling too, it must be said). Once into the match, the usual objective based gameplay rears its head – requiring you to fulfil a specific set of conditions in order to progress through the match. Again though, the same problems with the 2K Showcase mode seen previously appear again – with no checkpointing in the matches, which in turn is made by worse by the fact that they are far too long, the whole thing can end in pad throwing frustration so very easily.

It’s One Thing To Evolve Little With Each Annual Title, It’s Another Thing To Regress So Completely

Annoyingly, WWE 2K20’s one most interesting new feature, 2K Originals, whereupon the player embarks on a series of themed missions and objectives against re-skinned versions of different superstars, with a range of custom wrestlers and costumes as a reward, is largely locked behind a paywall. Most frustratingly of all however, is how the game prevents you from creating the superstars you want in WWE 2K20’s creation suite, because many of the parts are locked behind a progression barrier. Why? Why do this? Why not just have all the parts unlocked from the get go, so people can start creating straight away? Honestly, it all just beggars belief.

Disregarding all the new problems that WWE 2K20 brings to the table, everything else that has been wrong with the series for so many years is also present and accounted for here too. Whether it’s the inconsistent AI, which counters everything you do one moment before walking into walls the next, or the cut and paste move templates from years previous, sat on what top of is now an absolutely ancient game engine, it’s abundantly clear that 2K need to take the series back to the drawing board.

Look, I’m aware that this is the first year that Visual Concepts have had the franchise to themselves after having spent the last few helping out the now departed Yukes in that role, but honestly, 2K need to have multiple studios working on this series, rotating them out each year (ala Call of Duty) so that each title released has more than nine months of development time.

As it is, WWE 2K20 is just in absolute state, and if you’ve been a loyal fan who has been wondering on which year it would be when the straw finally breaks the camel’s back, you need not wait any longer – it’s this year. WWE 2K20 is simply terrible, and no amount of big busting patches is going to remedy the fact that, at it’s core, the game is simply just ruined and an exercise in frustration.

Developed by Visual Concepts and published by 2K, WWE 2K20 is out now on PS4, Xbox One and PC.

Between the game breaking bugs, the glitches, the recycled moves, grating commentary, stale presentation and now the unneeded content barriers and paywalls, I have exhausted my patience with this series. WWE 2K20 is the worst wrestling game to come along in a decade and is in desperate need of a ground up rebuild.