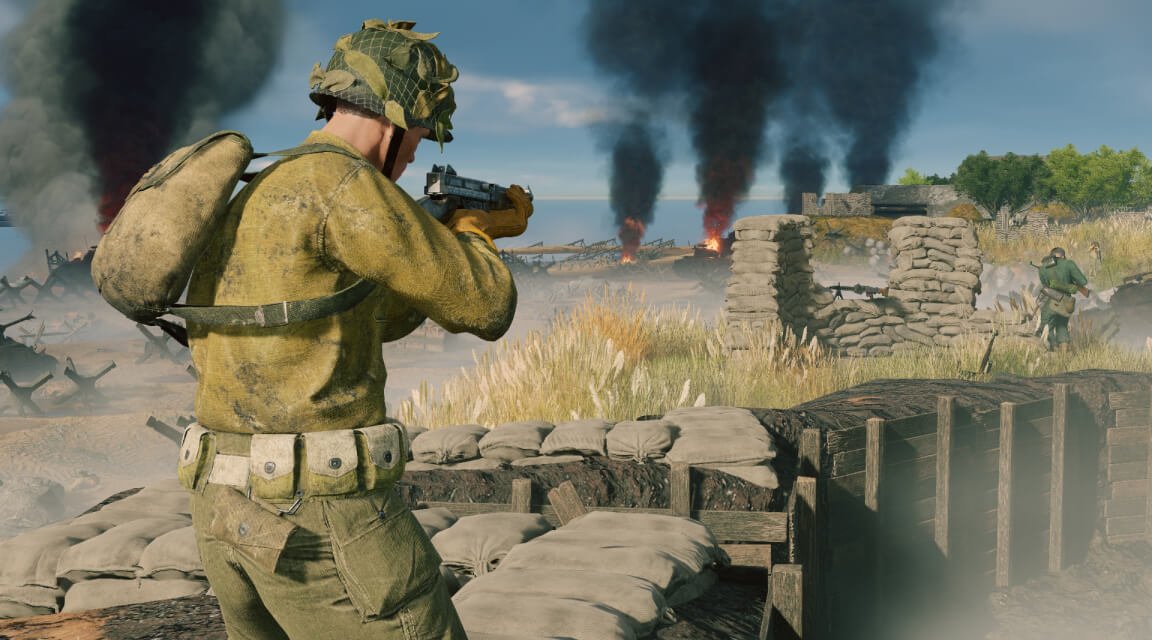 Original Story – Gaijin Entertainment has announced that online-based WWII shooter Enlisted will kick off in Open Beta for PS5, PC and Xbox Series X/S on April 8. The game is currently in paid Closed Beta for early adopters.

The Enlisted Open Beta will come with an updated meta game system, plus a range of new missions, vehicles and weapons. Players will be able to enter two campaigns during this time — Battle for Moscow and Invasion of Normandy — and enjoy a range of historically accurate war machines, such as the P-38J, RM-50 mortar, Pz.Kpfw and more.

In addition to that, developer Darkflow Software has made “hundreds” of changes based on player feedback and data, with improvements added to AI, weapon and vehicle balance, as well as tweaking the maximum number of soldiers in class squads.

Furthermore, the studio is promising a “significantly improved” progression system for the Enlisted Open Beta, decreased influence of random mechanics, and more control over the levelling process. Watch the trailer for the Open Beta below.

Enlisted is available in Open Beta from April 8 on PS5, PC and Xbox Series X/S.