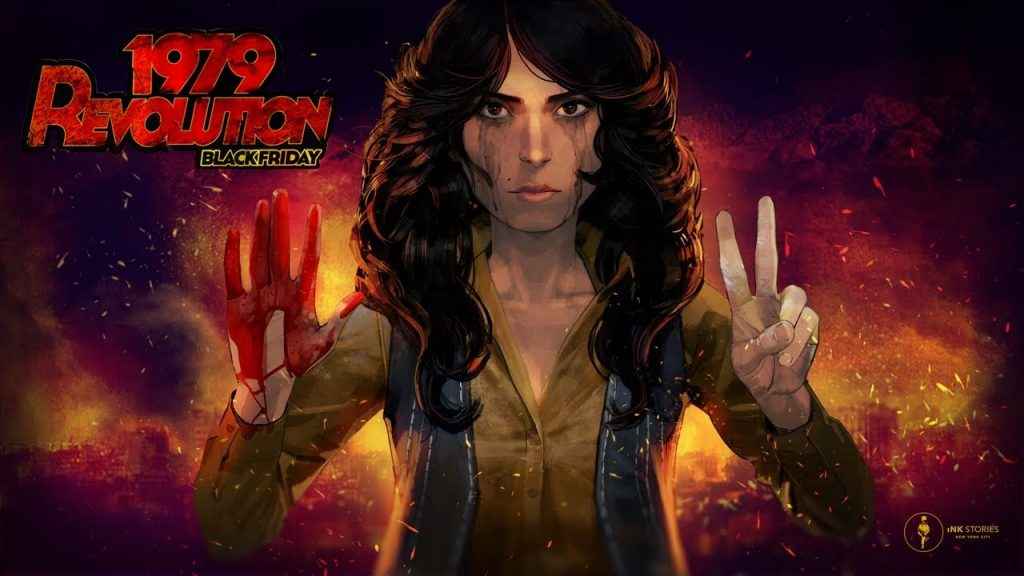 1979 Revolution: Black Friday leaves you in little doubt as to what’s in store from the very first loading screen which says (and i’m paraphrasing here), “you will be experiencing real stories experienced by real people during real historical events.” Rather than some watered down promise, developer INK Stories really means it – this is a substantive work with roots, painful roots in a historical event that changed a country and affected the world forever.

1979 Revolution: Black Friday Is An Important Work Deserving Of Your Attention

A narrative adventure that mechanically at least draws parallels with the works of Telltale Games and DONTNOD Entertainment, 1979 Revolution: Black Friday casts players as Reza Shirazi, a young though ambitious photojournalist returning to Iran after a stint in Europe and who just happens to arrive as the Iranian revolution of 1979 is well underway.

Stuck between the brutal regime of the American backed Shah and the furious revolutionaries that crave an Islamic Republic, 1979 Revolution: Black Friday is treading on some extremely unique ground and deals with themes and subject matter that no other Western game has ever dared to tackle. Indeed, game director Navid Khonsari, who was a child in the Iranian capital of Tehran during the revolution, has used the wellspring of his memories from that time to lend the game a very real sense of authenticity.

Along with a team of researchers, Khonsari interviewed a wide variety of folks who were present in Tehran during that time, from friends and family members through to Iranian historians who have studied the events of the time extensively to get 1979 Revolution: Black Friday just right – and it shows. Whether you’re walking down the street of Tehran in the throng of the revolutionary crowd, watching home videos of what life used to be like before the revolution or even just soaking in the various factoids about the conflict and Iranian culture in general, it’s clear that 1979 Revolution: Black Friday is as legit as it gets.

Unfortunately for Khonsari and his team however, 1979 Revolution: Black Friday might just be a little too legit. Since the game was released on PC and mobile a couple of years ago, the Iranian government has denounced the game, while Iranian media has fabricated the notion that it serves as ‘American propaganda’ and little else; casting Khonsari and his team in far less than favorable light.

Now scared to return to the county that he and members of his team once called home, many of the staff who worked on 1979 Revolution: Black Friday have adopted aliases in order to prevent themselves from being victimized and targeted for reprisals. If it wasn’t obvious already, this is a labor of love that has taken a very real toll on its creators and it is one that should be respected for the sacrifices it has required from those who have toiled upon it.

A Real Journey Of Emotional Consequence

More than just striving for historical accuracy however, Khonsari’s upbringing in revolutionary Iran also brought with it something else that helps make 1979 Revolution: Black Friday seem all the more poignant – moral ambiguity. Much like other genre fare, 1979 Revolution: Black Friday permits the player to make choices at key intervals which in turn funnel the narrative down different avenues depending on the choices that are made.

Reza’s own participation in the revolution can be appropriately gauged in this way too – do you merely position him as an observer, using his camera to document the atrocities and events that thread through the revolution, or, do you cast him as an active participant, throwing rocks, inciting violence and embracing the role of an agitator?

Then there are the relationships with his family and friends too – Reza’s parents are split between conservatism and activism (his dad having been actively involved in the marches of the 1950s), while his brothers and cousins also find themselves on either side of the conflict as well. As such, being able to pull the narrative in a number of different directions by interacting with these characters in different ways on multiple playthroughs lends 1979 Revolution: Black Friday far more replayability and value than its slim, two hour duration might otherwise suggest.

As has been established already, 1979 Revolution: Black Friday plays very much akin to the sort of narrative adventure fare that you might already be familiar with, such as Telltale’s The Walking Dead or DONTNOD Entertainment’s Life Is Strange series of games. As such, you can expect to be doing plenty walking about, interacting with key points in the environment, engaging in branching conversations with characters and getting stuck into the odd QTE or two along the way.

Speaking of QTEs – it’s probably best that you temper your expectations here. Don’t expect any super thrilling battle scenes or pin-point choreographed fight sequences; instead, the QTEs in 1979 Revolution: Black Friday are low-key, simple affairs that merely serve to move the plot onward, rather than seek to wallow in spectacle or cinematic bombast.

Likewise, don’t expect any tough puzzles or points in the game that you cannot bypass easily – this isn’t that sort of affair. Instead, 1979 Revolution: Black Friday has been designed with as few barriers in place as possible to ensure that players of any skill level can see and experience the entire story. This is not a challenging game by any stretch of the imagination then, but rather, it is framed as an affair that anyone and everyone can get stuck into.

One clever little feature that 1979 Revolution: Black Friday has is in how it lets the player know they have fully explored a given area before moving onto the next. Green icons show elements in the environment that when you interact with them force the story onward. This is clever because in other games of a similar ilk, you can very often miss out on important parts of the story because you accidentally interacted with something first that pushed the narrative on, leaving behind crucial parts of the plot and unexplored areas.

Technically speaking, the visuals in 1979 Revolution: Black Friday are relatively simple – with low detail character models and environments that while improved over the previously released mobile version of the game, nonetheless serve to betray its distinctly lo-fi origins. Modest visual presentation aside however, something of particular note is that the voice acting is top notch throughout, with every member of the cast totally and utterly selling you on their plight and their struggle to survive the events swirling around them.

1979 Revolution: Black Friday Is A Powerful Experience Borne Of Pain And Memory

Ultimately this is the power of videogames as storytelling medium being used to their fullest – sure, it’s cool to kill zombies, pretend you’re Batman and crack wise as Peter Quill, but beyond such fanciful fiction lies the vast and compelling realm of history to explore and 1979 Revolution is the first brave step along that lightly travelled road.

In the end, Reza and his odyssey become a lens for you to experience Iran and, more importantly, the revolution itself in a way that you would never be able to. A commendable and brave work that deserves its place, 1979 Revolution: Black Friday educates as much as it entertains, with a wide range of factoids, reports, pictures and video footage from the time, Khonsari and his team have done a grand job of bringing this time and place alive in a way that other developer has managed.

Technically 1979 Revolution: Black Friday is not perfect, not by a long shot, but such shortcomings are decisively outweighed by the undeniable gravitas of its experience and this is one labor of love that has been shaped by the very literal blood, sweat and tears of its lionhearted creators. 1979 Revolution: Black Friday is important, it deserves its place on PS4 and more importantly than that, it deserves your time and full attention.

A brave and inspiring work that provides an evocative window into a world-shaping historical event, what 1979 Revolution: Black Friday lacks in audiovisual presentation it more than makes up for with sheer guts, heart and that most rarest of things - a soul.