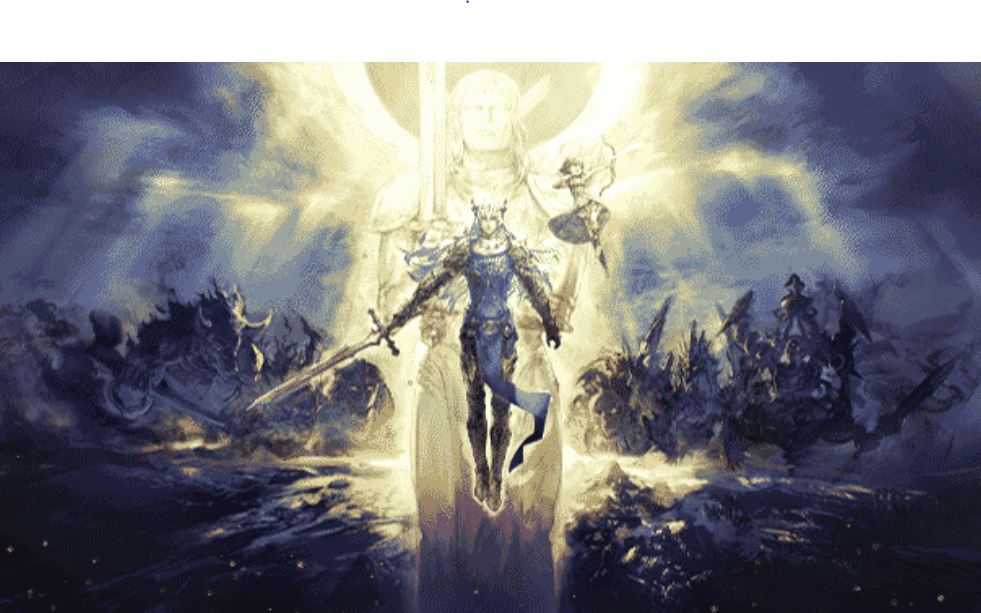 Actraiser Renaissance PS4 review. Let’s get this out of the way first – I never played Actraiser when it released approximately 362112 years ago on the Super NES. Though over the years the odd whisper about its fist-bumping soundtrack or its apparently neat blend of genres would occasionally reach my earholes, I was to all intents and purposes ignorant of what appeared to be a somewhat crusty, 16-bit cult classic.

Fast forward three decades and Square-Enix have decided to give Actraiser a rebirth of sorts on contemporary home and mobile platforms in the form of Actraiser Renaissance, a shiny remastered edition that brings a reworked audiovisual presentation to the table in addition to a range of gameplay and quality of life tweaks to boot.

For the uninitiated, the premise behind Actraiser Renaissance is simple(ish) to grasp. As the long slumbering but now awakened Lord of Light you, along with your trust angelic companion, are charged with pushing back an encroaching evil all the while taking care of your devoted subjects and making sure they aren’t harangued by the various agents of darkness that are lurking around. 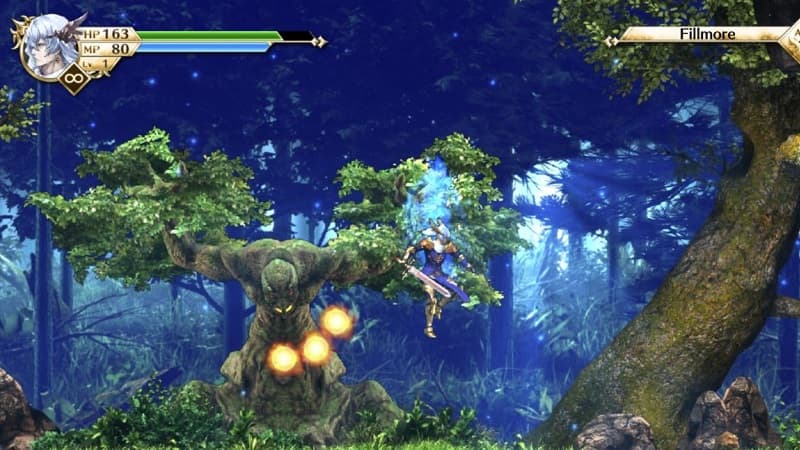 Part side-scrolling hack and slash adventure and part god sim, Actraiser Renaissance offers up quite the enticing blend of genres that even remains intriguing in 2021, making its debut in 1990 seem all the more ground-breaking. Starting with the side-scrolling side of Actraiser’s equation, known as ‘Realm Acts’, you move hero from left to right, carving up enemies with your sword, while collecting health and mana restores to replenish those two stats accordingly.

In addition to such pick-ups you can also scoop up all manner of treasures and upgrade scrolls that can be used to enhance the abilities of the heroes that you have under your employ, but more on that later. As to how the combat itself feels, ‘clunky’ is one word that immediately springs to mind. Our hero moves around the screen with all the grace of greasy ice-block, while his basic range of attacks feel lacking to say the least. Sure enough bosses appear at the end of each main area, but a good few of them can be bested by some combination of a leaping and crushing down attack, followed or preceded by an evade. It’s hardly taxing stuff.

Visually too, Actraiser Renaissance somewhat misses the mark too – though the results are ultimately mixed. While the backgrounds are pretty enough, making rude use of lighting and other such techniques to create an evocative dark fantasy landscape the character models, specifically the main character, look akin to the sort of low-resolution, pre-rendered character models you used to get back in the day with games like Donkey Kong Country (also, somewhat ironically, a Super NES title). 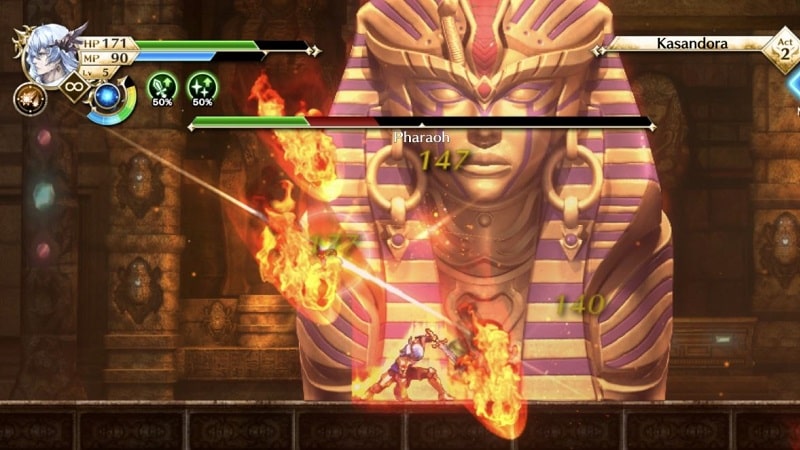 However, if the visual side of the equation in Actraiser Renaissance’s side-scrolling sections are lacking somewhat, the soundtrack absolutely makes up for such shortcomings in spectacular fashion. Rearranged and composed by Streets of Rage composer Yuzo Koshiro (who also scored the original Actraiser back in 1990), Actraiser Renaissance’s soundtrack is absolutely brilliant, deftly switching between more considered and gentle orchestral arrangements to the sort of full-throated, heavy guitar infused warrior metal that makes you feel like you’re at the vanguard of a line of glittering armored horses, racing down a mountain to meet your eternal enemy. Or something.

Anyway, when you’re not destroying the various grotesque forms that the game is throwing at you, you’ll instead be getting stuck into the god simulation aspects of Actraiser Renaissance, known as ‘Realm Management’, where you must take care of your subjects and help them to expand their domain across the land, driving out the monsters and demons as you go. 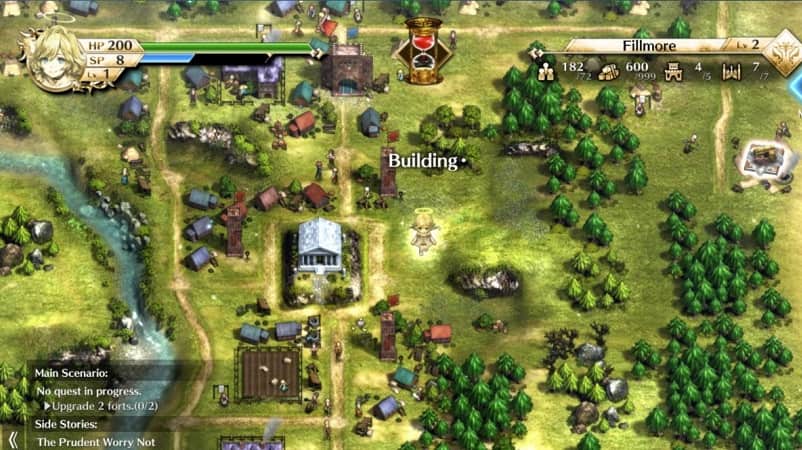 Viewed from a top down perspective, you must use your divine intervention to direct your loyal believers to advance across the landscape with movements up, down, left and right governed by a tile like grid. Depending on where it falls on the map, each tile has different elements within it, such as materials to build forts, a monster nest which must be destroyed by indulging in some of the aforementioned side-scrolling shenanigans.

Though you technically don’t control the physical from of the Lord of Light during these sections, you do take control of his angelic companion who can use their bow to destroy demons who might try and snatch your poor townsfolk away. Ultimately, the goal is to get your subjects to take over as much of the map as possible and advance in all directions, while you gain in power and become strong enough to take on the Lord of Evil himself and then defeat him to win the game.

Adding further intrigue to the Realm Management portions of Actraiser Renaissance are the numerous heroes that you’ll scoop up along the way. Often exceedingly strong and capable of downing multiple enemies at once, these powerful characters can be upgraded with the various scrolls you get for completing the various quests and side-quests that the game throws at you. 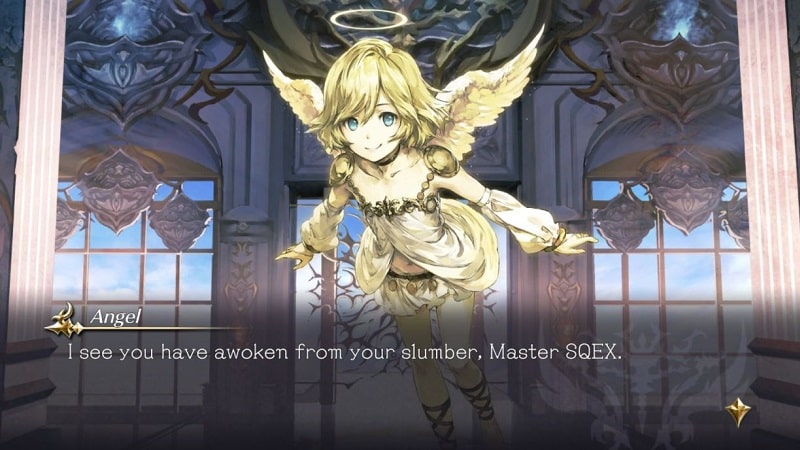 What’s especially neat about these side quests is that they very often tend to be requests and desperate pleas from your villagers for divine intervention on their behalf. You see, being a god of sorts, you can wield a number of different divine elemental powers from typical groups such as earth, fire, water and so on – the only restriction on your employ of them being the size of your MP bar. With those powers however, you can help your poor believers in a number of ways such as conjuring a rainstorm to water their parched crops, or summoning a lighting storm to shatter some rocks that are blocking their way.

The other element to Realm Management are the monster attack phases where the game takes on aspect similar to that of a tower defence title, and has you placing down forts, defences and directing your hero back and forth to deal with enemies coming from all directions (you lose control of your roaming, arrow flinging angel during these sections). Quite honestly, these tower defence sections are when Actraiser Renaissance’s Realm Management sections are at their worst as it just feels terribly plodding, lacking any real ingenuity and suffers from some pretty major difficulty spikes later on.

Ideally, I’d have loved the developers to have doubled down exclusively on the god sim side of things and allow me to go all-in on creating miracles and re-shaping the landscape in true Populous style, rather than the depressingly tedious tower defence stuff, but presumably too much focus in that direction might have compromised the essence of a game that is so clearly aimed at its fans from yesteryear. 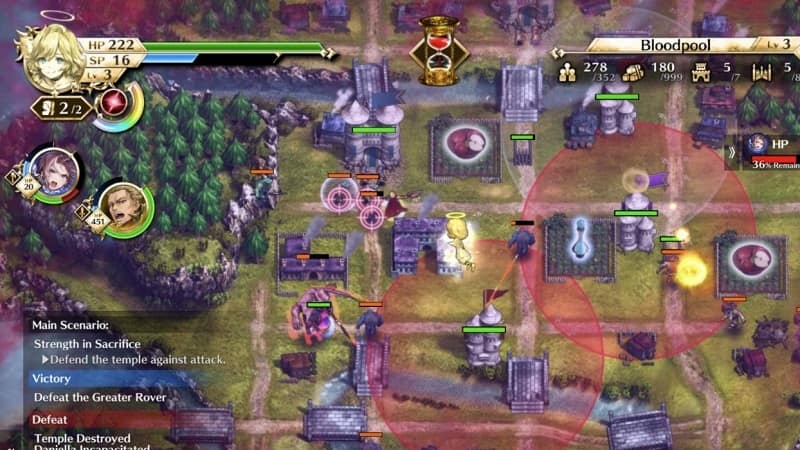 As it is, Actraiser Renaissance is a strange little curio that somehow ends up being more than the sum of its oddly shaped and sometimes underwhelming parts. Sure, the combat in the side-scrolling bits is clunky, the visuals are rough and the tower defence bits suck, but despite that, the soundtrack rocks, it’s fun to wield different miracles and, sometimes, the boss fights can be oddly enthralling.

Though I’m not sure that sounds as a recommendation and would seem to skirt around how faithful it is to older fans (don’t forget, this is my first exposure to the game), I’m quite sure that this odd little hybrid of genres, captured my attention and made me smile for much longer than I thought it would.

Actraiser Renaissance is out now on PS4.

A strangle little blend of god sim and hack and slash genres, Actraiser Renaissance is extremely uneven to say the least in almost all facets of its design and yet despite that, it's also oddly compelling and enjoyable. A proper little curio indeed.