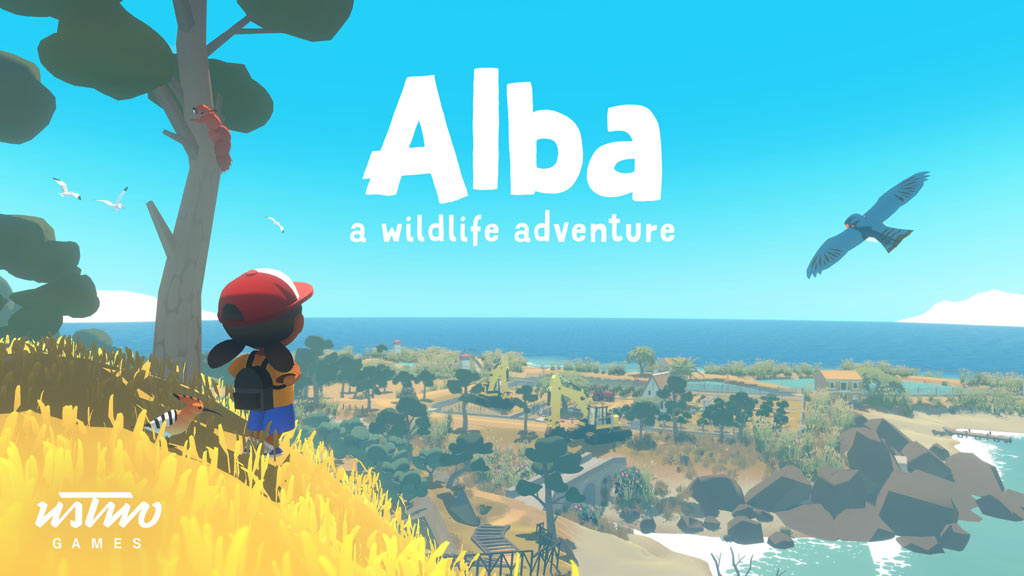 Alba: A Wildlife Adventure PS4 review. Winter 2021 lockdown in the U.K. has been abysmal with perpetual twilight laced with freezing sheets of rain, or gusts of wind so strong it blows your cat into a nearby pylon at the drop of a hat. All the while enduring the gradual demise of our economic future as a libidinous clown steers the country into the abyss.

Under these circumstances, the sort of escapism one needs isn’t Resident Weevil 12 or Demon’s Owls, but something as sunny and uplifting as Alba: A Wildlife Adventure, which transports the player away to a beautifully warm island in the Mediterranean. But does Alba manage to hit 240fps at a resolution of 8K or does it simply warm the cockles of your heart at a much lower frame rate?

The Warmth Of The Sun

In the prologue of the story, Alba, our incredibly cute protagonist is inspired by her grandfather to take up wildlife photography when she is just out of nappies. Fast forward a few years and we see Alba holidaying on a beautiful island with her grandparents and catching up with her best friend Ines who lives nearby. Soon after she arrives, Ines and Alba spot a beached dolphin and together they corral the locals into helping them set it free in the water. They decide thereafter to team up and protect and catalogue the wildlife on the island, and to save the nature reserve which is in a terrible state of disrepair. 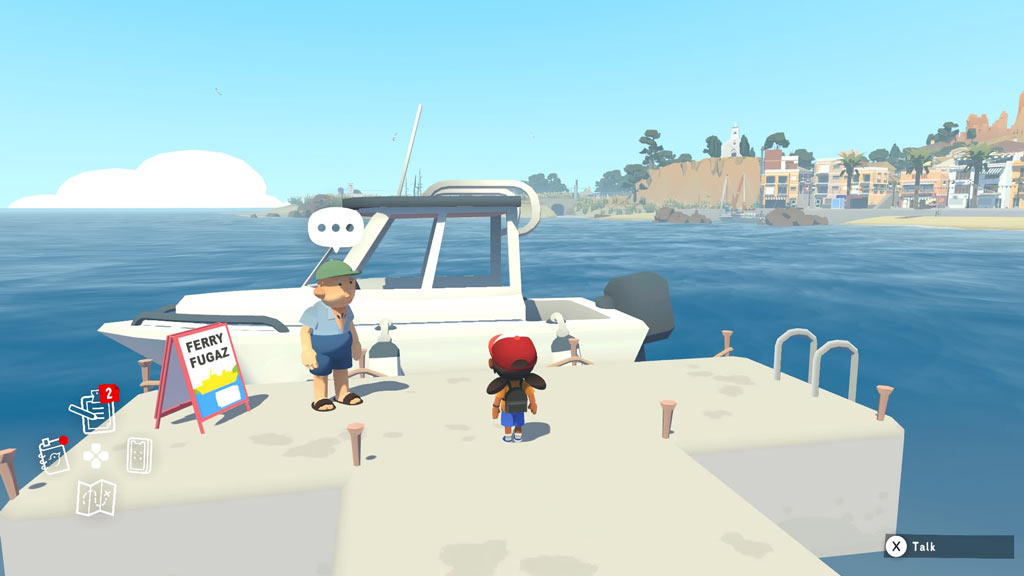 A large conglomerate fly lands in their ointment in the shape of the shady ‘Mayor’ who announces that he will be turning the island into a slick tourist attraction, complete with a huge luxury hotel. Realising that this will endanger the wildlife and ruin the serenity of the island, they decide to start a petition to prevent his evil plan from reaching fruition.

As Alba, you playfully move around the sunny island in third person, switching to first person when you whip out your phone to take a pic of one of many different animals and birds to add to your catalogue. The pace is entirely leisurely and as you discover more of the island, new tasks will be added to your to do list. All of the tasks are easy to achieve and few of them take long, but basking in the warmth of the island sun is so delightful, no aspect of the game feels like a chore or is distracting.

As you explore, new tasks will pop up and are added including cleaning up litter, fixing signs for bird watchers and helping injured animals caught in beach litter. You’ll also be cataloguing a large variety of birds and a smattering of mammals with 61 to photograph in all. The majority of these only inhabit certain areas so it’s just a matter of keeping an eye out for unfamiliar animals as you cover the island. Some birds follow predetermined flight paths and you’ll need to snap a few times before you capture them dead centre. 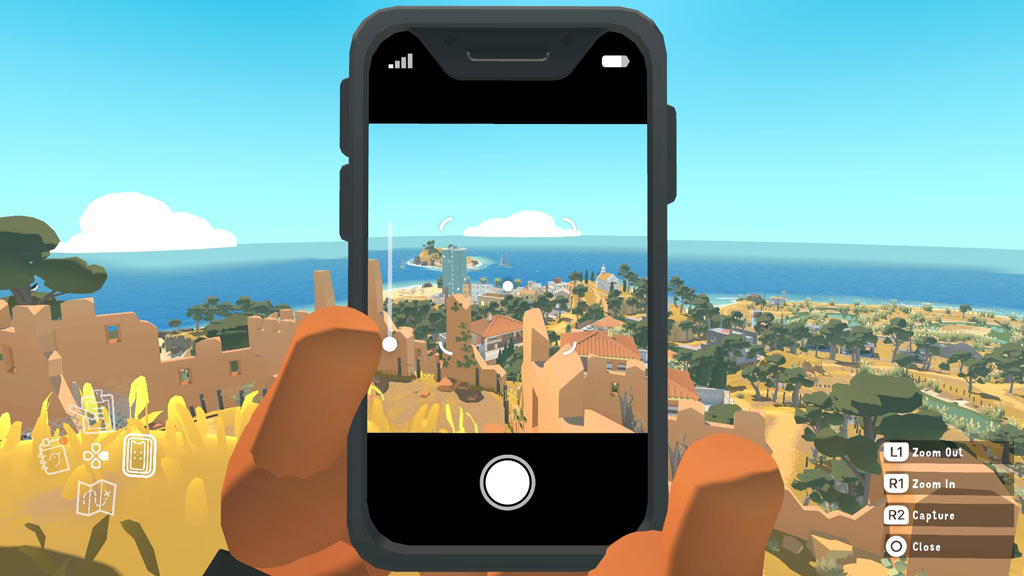 Each day begins and ends at your grandparents house, with the sun rising and falling in the sky and a message popping up telling you that your dinner is ready. There’s no huge urgency to completing the tasks, even the collection of signatures which you and Ines hope will prevent the construction of the luxury hotel; this is quite literally the definition of relaxed gaming and I’m totally here for it.

The soundtrack is naturally filled with bird and wildlife sounds, accompanied by some gentle acoustic music evoking the serenity of the Spanish island. The tranquillity of the sounds are complemented by the glorious visuals, with pastel landscapes stretching into the distance lit beautifully by the natural movement of the sun. Whilst there’s a cartoon simplicity to the characters and animals, rather than seeming childish it is wonderfully organic like the best illustrated children’s books.

Alba and Ines personify cuteness, playfully skipping along, chatting to each other and to the locals at every opportunity. The depiction of the wildlife is similarly cute but without ever being mawkishly so.

There’s an impressive distinction between the look and movement of each bird which helps to suggest a possible new discovery, as well as making the island feel like a genuine natural habitat which exists in its own right regardless of your interaction. Likewise, the locals go about their business in and away from the town so the developers have perfectly evoked a sleepy island making the threat from the mayor’s plans even more unpleasant, albeit in the gentlest way possible. 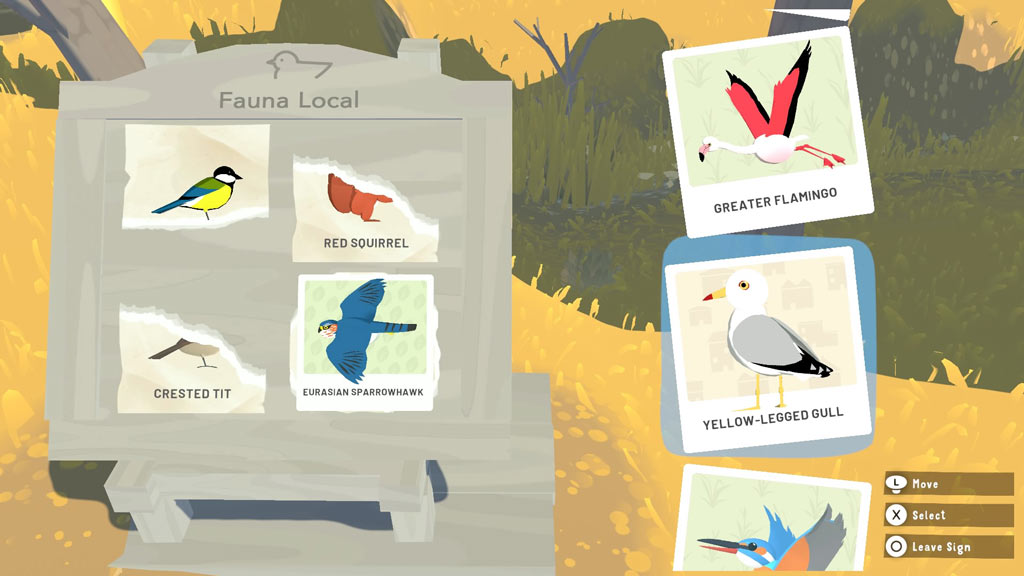 Too Short And Sweet?

A complete playthrough will only take three or four hours, with another hour mopping up the last of the undiscovered fauna and picking up every last piece of litter. It’s a shame there’s no incentive for replaying other than the joy of spending time on the island, so my only criticism is the brevity of the story which I really didn’t want to end. Another chapter for the youthful conservationists please, ustwogames!

So Alba: A Wildlife Adventure is a joy from start to finish; not just for kids but also for adults who want a colourful and warm escape from reality which fills your heart with the playful enthusiasm of a child for the small things in life.

Alba: A Wildlife Adventure is out now on PS4 and PS5.

Relive the joys of discovering nature as a child with this beautiful but brief story of conservation and exploration set on an enticingly warm Mediterranean island. Highly recommended for kids with a nature conservationist bent, but also for adults who want to relax in the warmth of the sun in the company of an adorable cast of characters.