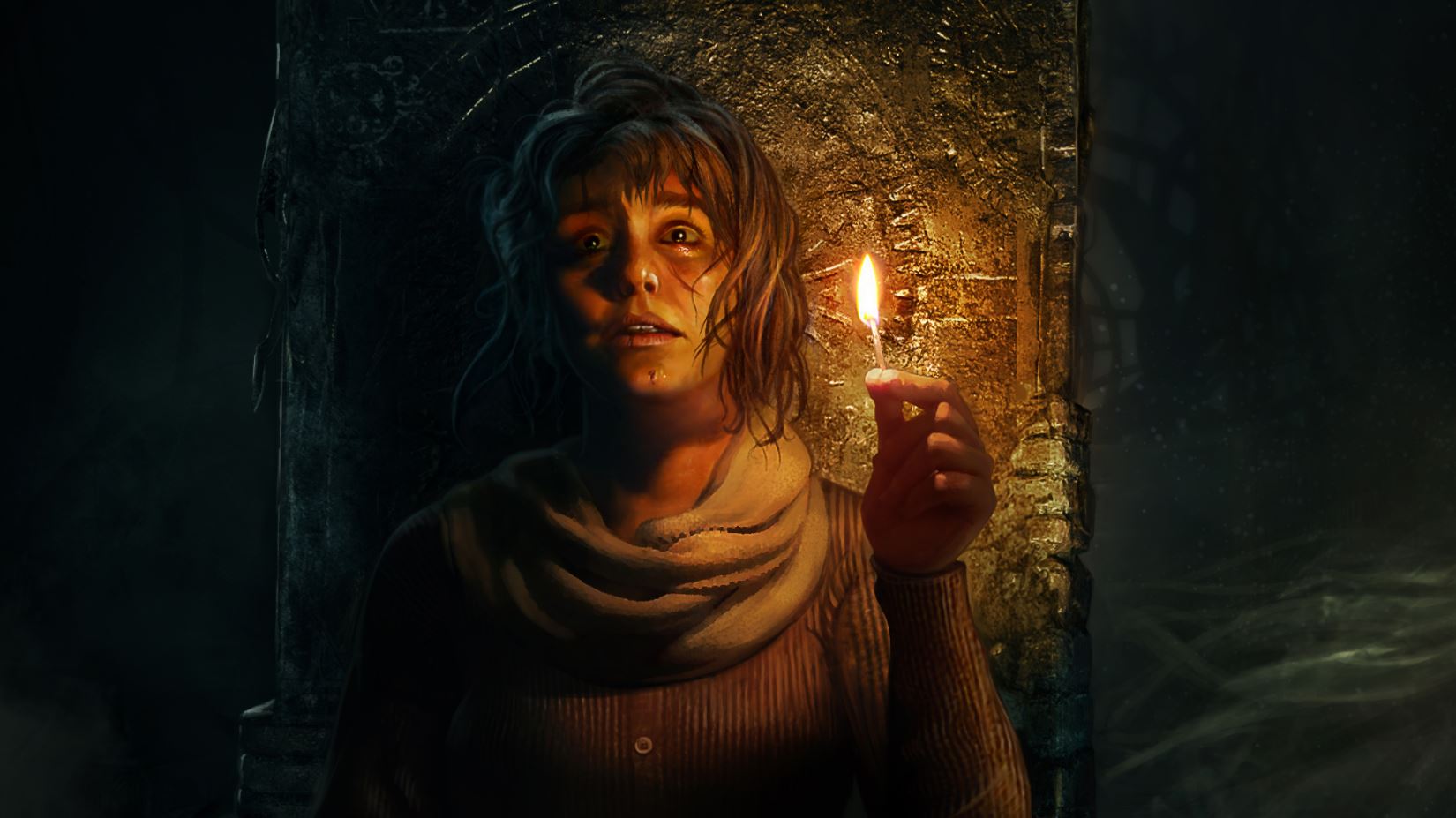 Amnesia Rebirth PS4 Review – Frictional Games‘ long-awaited true successor to 2010’s Amnesia The Dark Descent is upon us. Amnesia: Rebirth marks a return to the Amnesia series for the Swedish Indie developers since exploring a different IP with 2015’s sci-fi horror, Soma. Composer Mikko Tarmia also returns to the series to deliver another haunting score.

Set 100 years after the events of The Dark Descent, Amnesia: Rebirth is a return to the world built in its predecessor. However, the narrative in this sequel is very much a standalone story. Much of the prequel’s gameplay elements also feature in this sequel, but this time does so with all the fine-tuning the studio has garnered through their accumulated experience in the survival horror genre. In fact, the horror elements of Amnesia: Rebirth might just be hard evidence that Frictional Games have perfected their formula. This review contains only minor spoilers pertaining to the opening scenes of the game.

The Gap Between Game And Player Has Rarely Felt This Small

As the game opens and you’re placed in the ill-fated shoes of French Archaeologist Tasi Trianon, you can’t help but notice that the game looks a little dated. Whilst every scene and the environment in the game succeeds in crafting an interesting atmosphere fitting for the tone of the game, the delivery doesn’t compare so favourably against much of what we’re accustomed to at the back end of the PS4 era. However, in the grand scheme of what Amnesia: Rebirth achieves, the average graphics seem fairly insignificant. Within minutes of playing, you will become completely engrossed with what is happening on screen.

As Tasi makes takes her first steps into the darkness, the game’s excellent use of sound and screen effects kick in. My heart began to race at the pulsating throb and the sound of something crawling like the black veins growing around the periphery of the screen. My hair stood on end at Tasi’s heavy breathing as strange broken sounds of screaming screech amidst a grim medley of haunting flashes. The longer you venture in the dark, the more the effects escalate in intensity. In these moments the boundary between the player and Tasi’s experiences feels chillingly penetrable. Notably, the accompanying score of music was always on point in enhancing each scene.

Tasi is the perfect vessel for the immersive experience. The lead character, voiced wonderfully by Alix Wilton Regan, discovers very early on she is with child, stranded in the desert but determined for her baby’s survival. The compromising circumstances, Tasi’s vulnerability, and her bravery are the perfect combination to inspire your deep-rooted sympathy, horror, and urgency for her survival. Additionally, these qualities amplify the sustained dread you vicariously experience.

As previously suggested, Amnesia: Rebirth is a well-tuned thrill ride in the Survival Horror genre that doesn’t solely rely on its jump-scares. Although I must warn that some of the scenes are not for the faint-hearted. In any case, Frictional Games has really struck a sobering note with the design of Rebirth.

A huge selling point for this game is its gripping story. I was surprised just how seamless the narrative fits with each area. Your curiosity is continually baited with the dangled carrot of mystery surrounding the heroine of the tale’s circumstances. Tasi is not only pregnant but burdened with (you guessed it) amnesia and an unknown body corruption. These conundrums drive continual questions that can only be satiated by braving the wicked darkness and terrors before you. The thrills in Amnesia Rebirth are just making it through the dark, with the satsifying feeling of safety being the reward at the end.

The story is supported by a cast of characters that are mostly familiarised to the player through various flashbacks. Each chapter coincides with a focus on each of Tasi’s ill-fated companions. Despite their infrequent physical appearances, they all manage to leave a unique mark on the narrative. However, these character inclusions are only secondary within the context of the more meaningful part of the story. The real underlying narrative is in Tasi’s ongoing literal and figurative transformation. You’ll be empathetically fixated as she becomes increasingly ever warped in the cosmic horror plot.

My only minor criticism of the story is that the endings didn’t feel like enough of a payoff. For all the adrenalised bouts of gameplay, you can’t help but feel a little entitled to some extended respite. However, it is possible that nothing short of a parade in my honour would have satisfied me after the anxiety I experienced playing this game late at night. I welcomed the multiple story endings, but after seeing them all I just felt like at least one of them should have been fleshed out a little longer. Although that’s not to take anything away from the story as a whole which is an emotional journey through an underworld. The intriguing mystery and Tasi’s descent into darkness makes the story a complete package.

The Real Enemy Is Fear Itself

The gameplay here is limited. You only run, hide, or interact with physics-based objects. Again, this does feel very dated in 2020 but within each scene it works really well. For instance, the player must frequently manage Tasi’s spiralling emotional stability (and your own) by being resourceful with light sources. The process never ceases to put you on the edge. In fact, I found a bizarre sense of reward in trying to maximise my amount of lit candles per matchstick.

The puzzles are particularly enjoyable for fans of the genre, especially those who like challenges that require lateral thinking. In order to progress, you are required to use some of that thinking and make use of the physics-based mechanics of the game. Very occasionally the object interaction can become a bit frustrating with the controls lacking sophistication. Trying to quickly break off a ventilation shaft or remove sandbags obstructing a door in the heat of a chase can be a bit fiddly. Additionally, sometimes you can find yourselves lodged between moveable objects in a congested space.

Overall the core loop works as well as it possibly could within the limited scope of the gameplay. While the mechanics are dated, you’re provided with very little room to notice that age. The game has a knack for swiftly moving you through an exciting array of set pieces and scenes that captivate your attention.

All Thriller No Filler

Amnesia: Rebirth offers way more in immersion than it first seems if you watched a trailer. The graphical presentation and mechanics were only really an afterthought. But from the very beginning, the quality scene direction submerges you in the survival horror aspects of the game and retains your investment in the experience until the end.

Admittedly Rebirth will feel very familiar to those that have played other Frictional Games titles. However, I doubt even the most hardened horror fans will be immune to the heart-stopping moments in Amnesia: Rebirth. There are plenty of thrills that can be enjoyed by fans and newcomers alike, and indeed Amnesia: Rebirth is a very memorable title that will leave lingering chills for some time after completion.

Amnesia: Rebirth may not have the wow factor of modern AAA visuals, but it offers so much in its direction, effects and sound that it has an unbelievably immersive draw. What it lacks in raw gameplay mechanics it makes up for with a consistently engaging series of scenes, puzzles and set pieces. Amnesia: Rebirth is a terrifying cosmic thriller that is accessible enough for all types of players, but certainly should be a welcome addition in the library of any Horror fan.