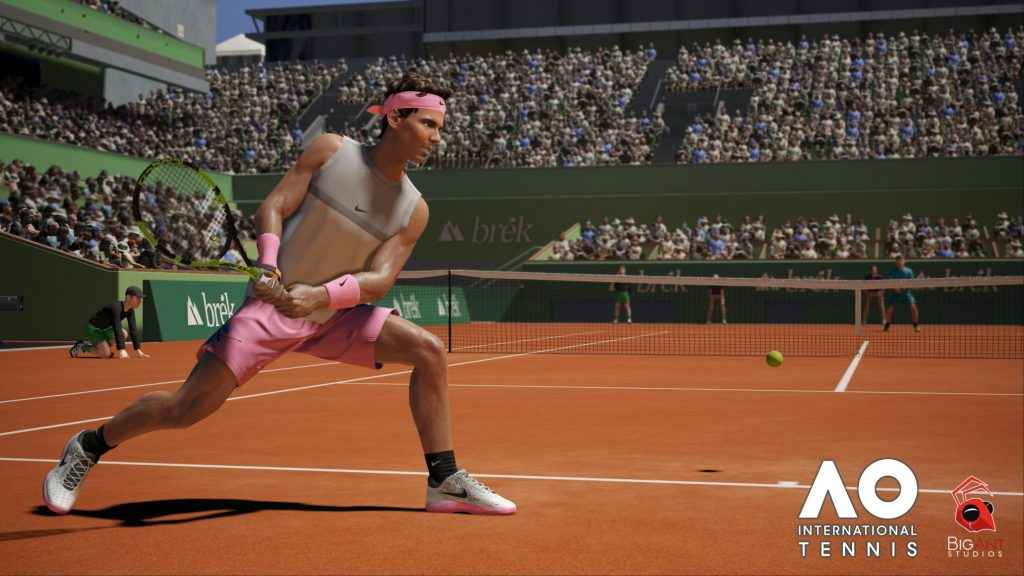 A proper tennis game has not been released since the early days of the PlayStation 3 with Top Spin. With this a long, long time coming, Big Ant Studios has seen fit to bring a much-needed sports game to a community with no other options under the title AO International Tennis. However, while I'm personally excited at the idea of tennis returning to consoles, it's unfortunate that AO Tennis swings at air.

AO offers only a very few game modes, being Career and Online outside of single match play, so the game puts a focus strictly on the game of tennis. There are no training modes or challenges, so the vast majority of the game is spent playing tennis. With sports games, this philosophy is not a bad approach, since that's why we buy sports games: to play the allotted sport—but more on that later.

In starting a career, you're given the option to either customize a new character or play, though customization that lacks a great deal in both amount of options and range of those options. Photorealism is not the word I'd use to describe these visuals, but they have a bit of a Disney-esque level of detail. Ultimately, the game isn't hard to look at, but it certainly lacks picturesque realism.

Since AO Tennis’ focus is purely on playing tennis, then it is of the utmost importance to have either a pristine or an engaging experience, preferably both for the sake of longevity. Unfortunately, what AO Tennis brings to the court is nothing short of cumbersome. Player movement is very stiff, even when jumping on roles of its real-world superstars. Court sounds are muted and uninspired. Overall, presentation is bland as well, missing any sort of sport TV presentation or even crowd banter and celebration. The look and feel of the game is just as devoid of style as it is of game modes.

Most of all, movement is delayed and inaccurate. There's a sense of theory in the controls, the operative word being “sense.” There is a dot on your opponent's side of the court, and it moves 1:1 in motion with the left joystick. At the same time, the left joystick also moves your character, which means that if you're having to run left after a volley, then your next shot will be directed to the left of the court.

Theoretically, the way AO International Tennis does this makes sense. There's some room for error, because you can still aim your volley into the middle of the court, but unless you're able to stop with enough time, you're stuck. I like this aspect in theory. Coupling this with stiff player movement that's slightly delayed means that you might not even start moving before the ball bounces by. Then when you do get to the ball in time, you have to try and keep your dot as far away from the borders as possible, because even though your dot is where your ball will go, it doesn't mean that it'll land specifically on the dot.

When writing the previous lines, I got to thinking, “That makes sense, really. When you aim a shot in any sport, it's going to land relative to timing and the angle you take on the ball.” Sure, this is true, but what other sports don't do is give you an exact landing point just to have it land a foot away, which is past the boundary. Having that kind of random ball movement would be fine without that dot, but it quickly becomes something that has to almost be ignored in order to yield success.

To make matters worse, the commands used for hitting and serving, serving specifically, depend on how long you hold them: hold them longer, and you'll hit the ball harder. There are no tutorials, so learning that there is a need for timing takes some time to discover, and then there's the time it will take to get the timing down, because the gauge won't start moving until the ball leaves your avatar's hand. If you let go before that, your serve hits the net.

Upon reflecting on all of the sports game faux pas that AO International Tennis has enacted, it's out of my realm of reason to recommend this game to anybody. Player movement is delayed and cumbersome, the game lacks any sense of personality on any front, and having only one core game mode means that there's even fewer excuses to waste time in-game. A tennis game has been a long time coming for this generation, but considering AO International Tennis is what we got, I personally would have rather waited for the next one.

AO International Tennis does not have any competition in this current market when it comes to tennis games, but AO Tennis lacks both refinement and variety that a good sports game should have.