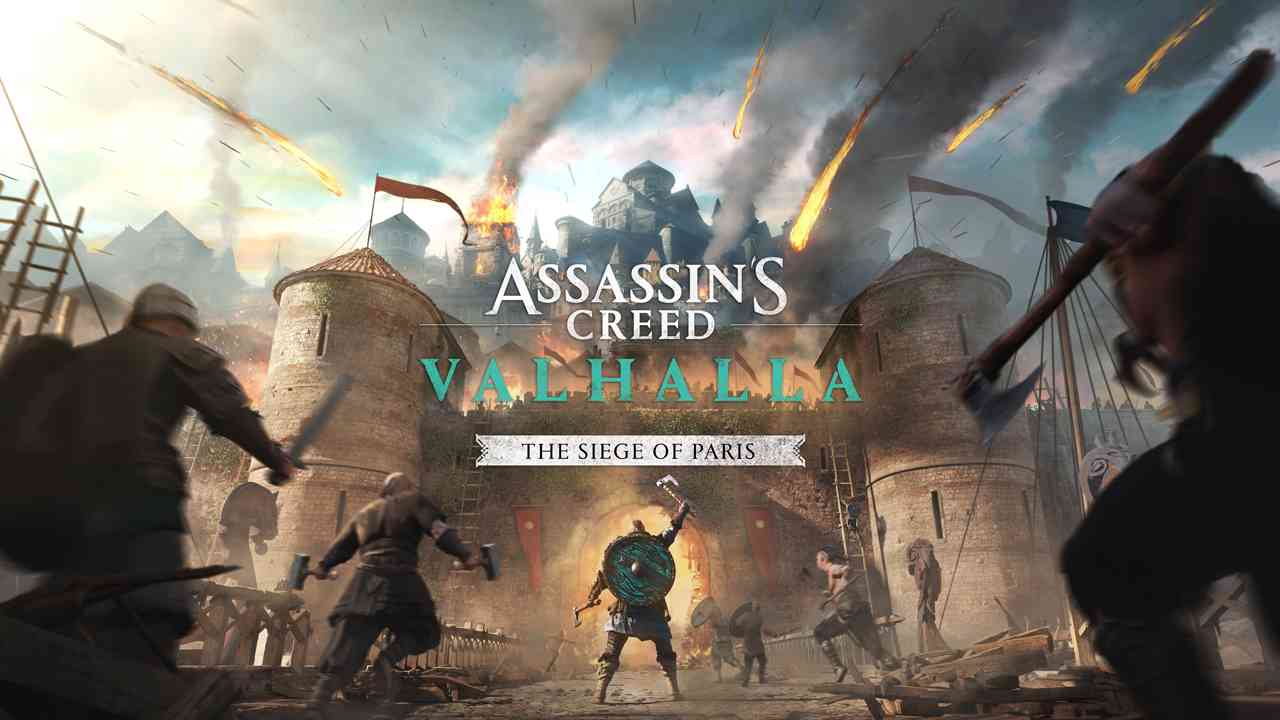 For our review of the main Assassin’s Creed Valhalla experience, be sure to check out our full PS5 review here.

Just like the first expansion, your journey will start with a new quest at your camp “Ravensthorpe” after downloading the DLC. This will bring Eivor to Francia, the DLC’s new area, consisting of four regions: Melunois, Paris, Amienois, Evresin – all of which are Power Level 200 regions, meaning they are meant for mid to late game and not for new players (Main Game Regions go up to Level 340).

The story revolves around Eivor trying to bring an end to the mad king “Charles the Fat,” who emerges as a threat towards Norse villages. So away to the shores of Francia we sail!

The story quests’ structure is where the DLC makes its biggest deviation from the main game. There is a lot more emphasis on stealthy killings this time, instead of throwing your axe at your enemies’ faces. It resembles something more closely to the old days of Assassin’s Creed. Even boss fights can be completed in different ways and the mission objectives are also less linear and put bigger focus on exploration. All this is a welcome change of pace and I enjoyed the assassinations in particular.

For a DLC with “Siege” in its name, don’t get too excited for epic battles though! From looking at the DLC’s promotional wallpaper you’d imagine burning boulders flying towards the walls of Paris, but there’s practically no siege warfare to participate in.

Most of what you’ll do is prepare for the siege, but then Eivor wanders off hunting some clues when the combat starts and doesn’t participate much in the fighting. You’ll see more combat doing a Raid in England. It’s definitely more of a stealth and clue-finding type of story.

Paris is also quite tiny. Instead of adding so much empty landmass around it, I would have preferred a densely packed city-only map akin to Venice or Florence in Assassin’s Creed 2. Again, for a DLC with “Paris” in its name you would think it mostly takes place in Paris, but it does not. You spend most time roaming around the countryside – outside of Paris – which seems like a missed opportunity for a fantastic setting.

Only Half the Size Of The First DLC

If you played the first DLC “Wrath of the Druids” that took place in Ireland, you may remember that it was a sizeable chunk of new content (around 20 hours worth of content, and it had a fairly large new map, new Order Members, 115 Collectibles, and a new Trade Post metagame).

Now let’s compare that to The Siege of Paris: roughly 10 hours worth of content (including story and all side content), a tiny map about half the size of Ireland, no new Order Members, only 69 Collectibles, and no base-building metagame. That’s just about half the content.

And aside from the new story, the other content is very repetitive. Instead of a base-building metagame, this time we get so-called “Rebel Missions,” in which you’re supposed to help rebels fight against the Frankish loyalists. The problem is that it cycles through the same quests that bring you back to the same locations over and over again.

You either defeat some enemies or steal a document from their camp and repeat. There just aren’t many unique ones. And if you want to reach the maximum “Infamy Level” you’ve got to grind about 20 or so of these bland fetch quests. There is no story tied to them and whether you do them or not is completely inconsequential to the narrative overall.

There’s also the issue that if you already finished the main game, Francia’s loot won’t be worth your time. That is, except for the new Scythe weapon, which is unique and possesses some cool attack moves, so it’s worth checking out and experimenting with it (you get one automatically during an early story quest).

Still, at the very least it does give the combat a fresh flow. And thankfully, the automatic level-scaling makes it so combat doesn’t get too easy even for players above Level 200.

A Short Return To Valhalla

Jumping back into the world of Valhalla was short and mostly fun while it lasted, but it feels like a step down from the first DLC. It’s an okay expansion and that’s about it. I gave the Ireland DLC an 8/10, but for Siege of Paris I’m deducting a point. I did enjoy the stealth-focused gameplay, but it’s not enough new content and feels like a wasted opportunity to have neither a big metropolitan Paris (only a handful of huts), nor a massive siege assault.

Assassin’s Creed Valhalla: The Siege of Paris releases for PS5 and PS4 on August 12, 2021.

The Siege of Paris is a step down from Assassin's Creed Valhalla's first batch of DLC, offering roughly only half of the content.