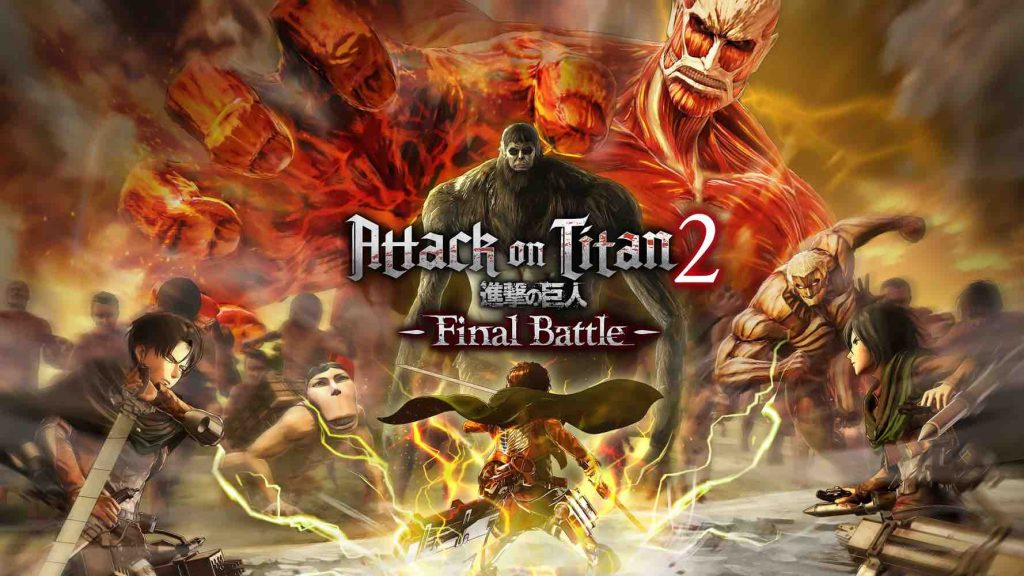 Though it might seem a touch cynical or even churlish to suggest it, Attack on Titan 2: Final Battle feels like the Attack on Titan sequel that we should have gotten first time around, at least from a content perspective.

The problem however, is that unless you’re a first time buyer of Attack on Titan 2: Final Battle then that statement does not wholly apply, as buying the Final Battle DLC separately is hardly a value stuffed proposition, especially given that on a gameplay level so very little has changed from before.

Attack On Titan 2: Final Battle Is The Complete Package For Fans

In terms of what’s new, one of the biggest selling points of Final Battle is that it adds a continuation of the story mode seen in Attack On Titan 2 which takes in the events chronicled in the third season of the Attack on Titan anime. Generously filled with all kinds of spectacle, including a range of new Titans, humanoid foes and missions to tackle, in addition to a swathe of extra characters for players to use, Final Battle’s additional story content is certainly most welcome and adds a nice chunk of added value to the package.

Though eminently enjoyable, one notable point of contention is the fact that this additional story content can only be played with the characters as seen in the anime and does not allow players to continue the odyssey of their created character in the main campaign of Attack of Titan 2. While you could argue that the Attack on Titan story belongs to its characters and not the character you’ve made, the fact that you’ve spent a great deal of time customizing and playing as that character in the main campaign rankles all the same.

As well as the additional story content, a new Territory Recovery Mode has also been added in the Final Battle expansion, tasking players to construct their own attack corps as they strive to force back the Titan menace and take the fight to them beyond the walls. In addition to ‘just’ combat, players will be able to upgrade and develop their squad, recruiting new members, buffing their abilities, creating synergy with other corp members and improving their equipment.

Oh and speaking of equipment, Attack on Titan 2: Final Battle brings a wide range of new toys to the table too – the highlight being the Thunder Spear which is so powerful it can fell a Titan in a single shot, while new additions to the ODM gear allow players to replace blades with guns should they so choose. Though it’s hardly a groundbreaking mode, Territory Recovery nonetheless provides ample amounts of stuff for players to get stuck into long after the additional story content has been completed.

Ultimately then, this is very much how Attack on Titan 2 should have been when it comes to the content on offer and all things being equal (Attack on Titan is still for the most part a joy to play), Attack on Titan 2: Final Battle confidently stakes its claim as a great purchase for folks who have yet to play the base game.

But this is the thing though, if you already own that base game the value proposition of Final Battle is hardly stellar. Though the two new modes do add some much needed additional content to the game, there have been no real grass roots changes made to the gameplay – this still plays identically to the game that originally released last year and as such it becomes difficult to justify an additional $39.99 outlay for what is essentially just two extra modes.

Ultimately, I still maintain that the Attack On Titan games are the most exhilarating property to come out of Omega Force, and that hasn’t changed with the release of Attack on Titan 2: Final Battle which essentially sees the series operating at its zenith in many respects. For the uninitiated too, playing the Attack on Titan games is a blast; that feeling you get of swinging around the environment, as the gears in your ODM kit pull up and around buildings as you attempt to dismember a raging Titan is still a palpable thrill and up there with just about anything else on PS4 when it comes to a true gaming moment.

That said however, the score at the bottom of this review comes with a significant, weighty caveat – if you don’t own the game then feel free to add an extra point or two as this is very much a definitive offering, but if you do, Final Battle isn’t quite essential or stuffed with content enough to fully justify its asking price as it currently stands.

Attack On Titan 2: Final Battle is out now on PS4.