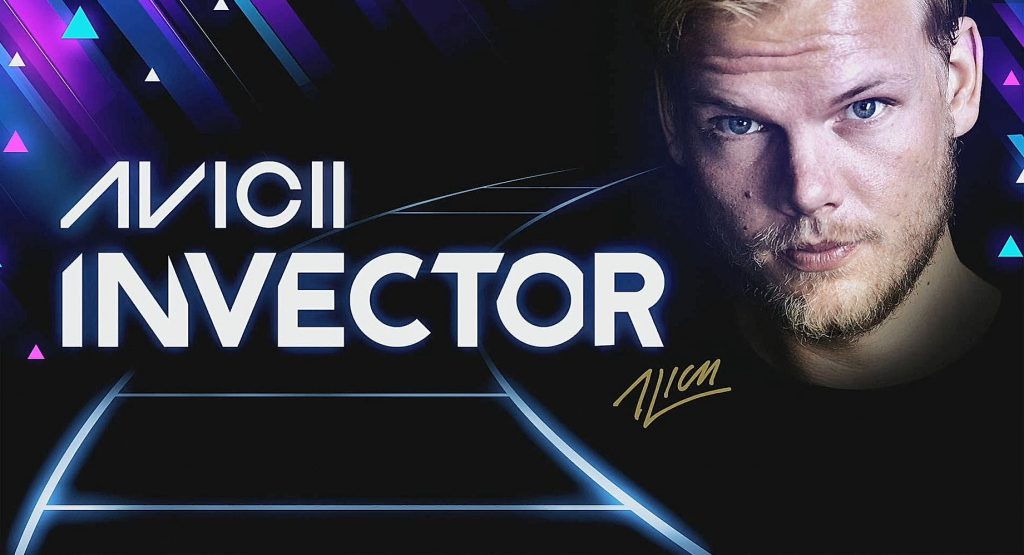 Today, rhythm games feel like a relic from a bygone era, every few years a new one emerges from the dusty land of game development to bless us with a dose of nostalgia. And, in 2019, that rhythm game is Avicii: Invector and is less about nostalgia and more about celebrating a modern artist who changed Electronic Dance Music (EDM) forever.

Avicii: Invector will challenge you with its difficulty, impress you with its graphics and effects, and transport you to an oasis of EDM tranquillity where you can let yourself be engulfed by the Swedish artist’s best work from the last decade.

A Discography To Treasure

Avicii has a long list of music that he created in the 2010s and if I was trying to craft a collection that covers his almost 10-year-long journey, I would have picked a list that looks very similar to what is available in Avicii: Invector.

Hello There Games has crafted an excellent selection of Avicii’s best music. The game features 25 tracks including classics like Levels, The Nights, Wake Me Up and Hey Brother. Whilst much of the tracklist is given to these classic tunes, almost as much attention is paid to some of Avicii’s most underrated tracks including What Would I Change It To, Sunset Jesus, Fade Into Darkness, and True Believer.

Hello There Games has pulled from all eras of Avicii’s music and created a discography that is not only diverse but celebrates the innovation and creativity Avicii brought to the music industry. The final three songs in the game are taken from the latest album from the artist (TIM) and serve as an emotional and satisfying sendoff to the late musician after his suicide in 2018. Avicii: Invector’s tracklist is quite simply a perfect tribute to the late artist and something I will keep on my PS4, dipping back into the world he created over his career.

A Satisfying and Challenging Rhythm To Learn

Aside from it being a collection of the Swedish artist’s best music, Avicii: Invector is also a video game and one of the better rhythm games available today. The game has a unique style of gameplay, taking place along three planes that form each side of a triangle which I believe resembles the iconic Avicii triangle that appeared in many of his music videos and acted as the artist’s logo.

At, any point you can switch to one of these planes and back again as you hit button’s in time with the music. And, this mechanic is where Avicii: Invector becomes one of the more challenging rhythm games on the market.

By switching between the sides of a 3D triangle you have to pay attention to your surroundings far more than you do in a game like Amplitude. Instead of focusing on what is in front of your ship, you are required to pay attention to all three corners of the screen for notes to hit. This makes the game incredibly challenging even on Medium difficulty.

Luckily, Easy difficulty requires far fewer notes to hit and will often direct you when to change to a different plane, via a note to hit. However, upon immediately trying the Medium difficulty of some of my favourite songs I was completely bamboozled by how many notes I had to hit and how fast I had to do it. Therefore, if you are looking for a rhythm game that provides a gradual increase in difficulty then Avicii Invector isn’t that game.

I wasn’t particularly disappointed in this as I am not particularly great at rhythm games and Easy difficulty is more than challenging enough for me. However, the step-up between the three difficulty levels felt monumental and took me by surprise. For example, Easy to Medium goes from using two face buttons and directing you when to change planes to using all four face buttons, packing those buttons closer together in the track, and having you switch between all three planes with little or no direction.

The rhythm game here is still great and there a wide variety of options to fine-tune your latency and button presses to the exact millisecond and accuracy that you want. But, unless you have inhumanly fast reflexes, don’t expect to master the higher difficulties in Avicii: Invector with ease.

On a visual level, Avicii: Invector is plain gorgeous. It is a kaleidoscope of environments, colors, and visual effects that dazzle and light your brain on fire. The game does a great job of emulating the feeling of being at an EDM concert or at a nightclub.

However, whilst those moments where the game lights up beyond belief and throws more colors on the screen than there are in a rainbow are great and mesmerizing, they ultimately have a negative impact on the gameplay. Often times there was just far too much happening on screen for me to pick out where the next button press was. The sheer number of effects on-screen led me to miss a lot of notes and ruin the streak I had set up, leading to a little bit of disappointment when it happened.

Of course, this issue would disappear after learning each level. And, it isn’t game-breaking at all, but by default, it is unfortunate that a great rhythm game is hampered somewhat by over-zealous visual effects.

The game isn’t just a constant flurry of effects and color. Avicii: Invector occasionally takes a breather and transitions away from the typical button-based rhythm gameplay and into a slow and tranquil flying sequence where you fly through rings in-time with the music.

These sequences are great and compliment the intense rhythm gameplay well. They are also a great excuse to show off the game’s gorgeous style and environments.

A Worthy Sendoff To An Incredible and Beloved Artist

At its heart, Avicii: Invector is a sublime sendoff to one of the best musicians of the last decade. Its tracklist compiles a discography from all eras of Avicii and the many styles and genres he was influenced by. Any fan of his music will fall in love with what Hello There Games has created.

As a rhythm game, Avicii Invector is one of the better ones of the generation. It offers an experience for every skill level, even if the difficulty spikes between those levels are a bit extreme. It has a unique twist on the formula and brings its own ideas to the gameplay, through the triangular playspace.

A bit too much can happen at once in Avicii Invector, but even during its brief, frustrating flourishes, any fan of Avicii’s music and rhythm games should pick up Avicii: Invector and slip into a state of EDM bliss.

Avicii Invector is a wonderful tribute to the EDM artist and celebrates his work by creating a diverse tracklist from across his career. The rhythm gameplay has its own unique twists and provides a challenging experience. The visual effects can get a bit much at times, throwing off your streak, but the game is still a wonderful way to surround yourself with some of the best EDM music from the past decade.