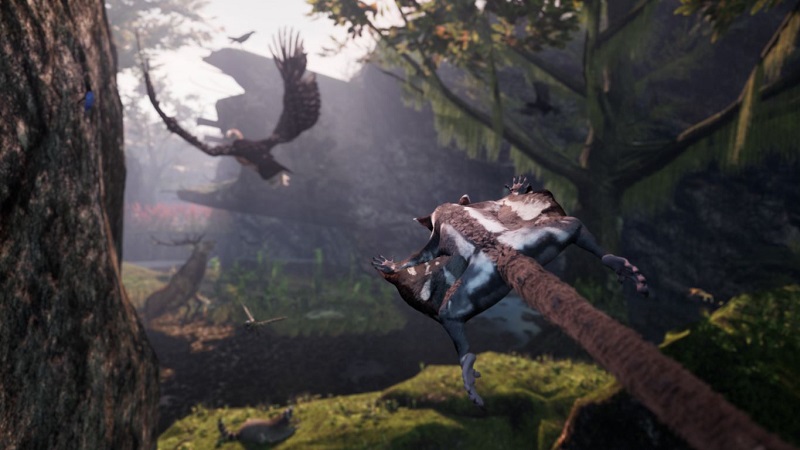 AWAY: The Survival Series PS5 Review

Viewed from a third person perspective, AWAY splits the game into two distinct halves – you have an adventure mode and a still-in-beta exploration mode which lets you go off an explore the habitat of the forest away from the linearity prescribed by the story campaign. That said however, it’s clear that the main appeal of AWAY: The Survival Series lay in its campaign mode – thanks in no small part to the evocative tones of the David Attenborough esque narrator that chronicles your every move and which also, by proxy, makes AWAY: The Survival Series a good educational offering for younger folk too.

As a joey sugar glider, AWAY has you following your mother and little sister as you collectively brave the dangers of the fictional Saviour Island – a place that appears to exist far away from the mainland after a world changing catastrophe has taken place. 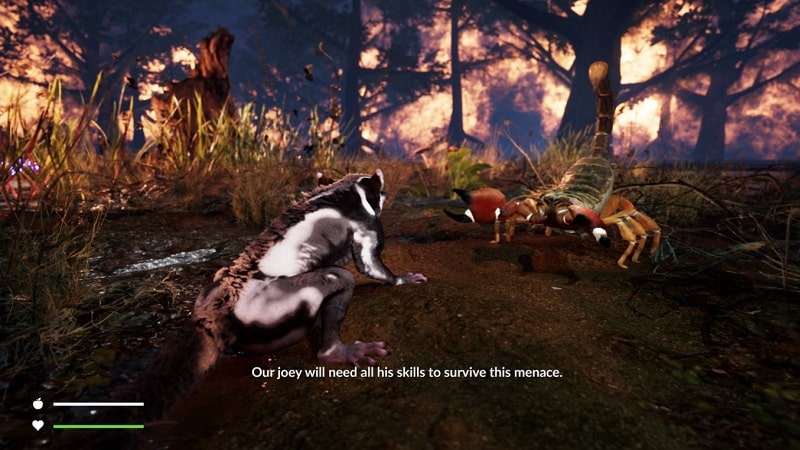 In practice, AWAY has you learning how to forage for food, tackle enemies, stealthily avoid predators such as foxes and navigate the environment – and it’s really the latter of which that proves to be one of the best elements of AWAY’s package, as our agile little sugar glider can not only leap and, well, glide great distances, but he can also scale trees and manoeuvre himself around branches with aplomb.

Sadly things fall down when it comes to how controls actually feel and play out in a physical manner. Beleaguered by imprecise, twitchy and occasionally clumsy controls, shifting our brave little joey around the environment proves to be a tricky and often frustrating task. Though there are some concessions to players who perhaps don’t often play games, such as a targeted jump mechanic which allows you to essentially point at a surface and then just leap to it at a touch of a button, leaping around the environment in AWAY: The Survival Series simply feels much too erratic and unnatural than it otherwise arguably should.

Likewise, combat is a similarly imprecise and frustrating affair. Sure enough you have your usual array of mechanics such as being to attack and evade, but that’s pretty much it. Locking onto enemies is poorly handled, making evasion more difficult than it should be, whereas attacking foes also feels devastatingly imprecise – resulting in a maddening flurry of scratches and attacks that neither look or feel especially satisfying. 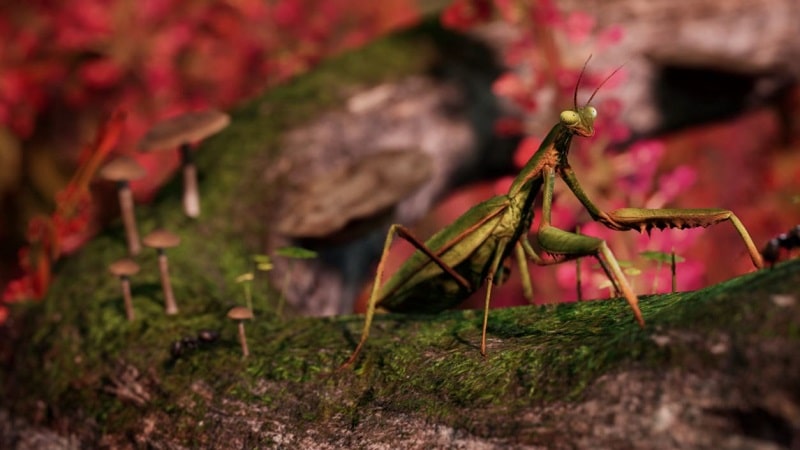 Of course this speaks to another fundamental issue with AWAY: The Survival Series – namely the animations. Completely devoid of any kind of natural motion during dynamic scenarios, though the various creatures of Saviour Island move around the environment convincingly enough passively, jumping, attacking or being attacked all look pretty bad, with a variety of herky-jerky animations that fail to do these creatures any sort of true-to-life justice. Though the moment to moment action of AWAY: The Survival Series leaves much to be desired, the actual survival concept that underpins the whole package is compelling – though one that could certainly do with some additional depth.

Feeding on the various flora and fauna, while evading predators and other hazards is actually quite enjoyable and provides something of a neat insight into the daily trials and tribulations of these sugar gliders. While the various side quests and the ability to play as other animals helps to beef things up a bit, it all feels like an afterthought – which is a shame given that the core concept of AWAY: The Survival Series is an interesting one that, ultimately, just needs a better game wrapped around it.

Another issue however, is that when the story campaign has been completed (it takes around four hours), you’re then left with the still being developed exploration mode which allows you to explore the width and breadth of Saviour Island at your pleasure, and employ the various skills that you’ve learned. The problem with this is that while the world is attractive to look at (more on that in a bit), there’s not a lot to do in it that could be considered worthwhile thanks to a lack of any real progression or incentives in the way of meaningful chunks of additional content to unlock. 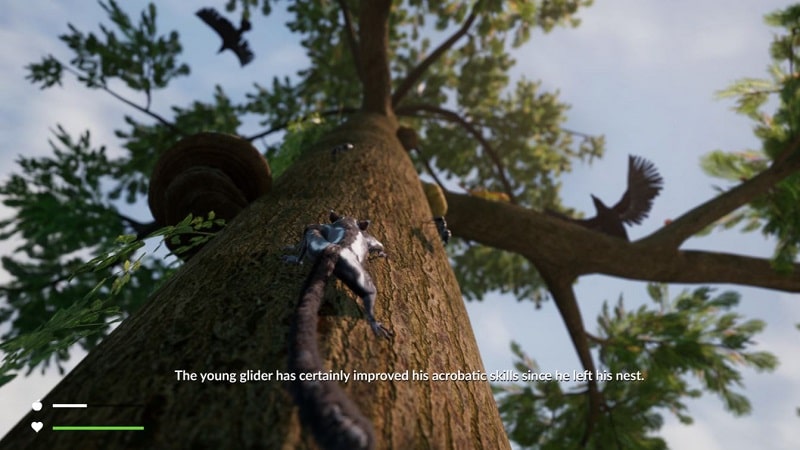 Despite the many failings with the game itself then, AWAY: The Survival Series does at least look the part with hugely detailed and vibrant environments that play host to an array of equally detailed creatures, that while not animated especially well, nonetheless look fairly authentic all the same. Where the sheen comes off a little is in the numerous bugs (if you’ll excuse the pun) that are still in the game, such as clipping through the environment, objects floating in the environment and so on, while the framerate is far from a lock to 60 frames per second and often dips far below during play.

Then there are the menus. Not often notable in other games, here they draw unwelcome attention thanks to the employ of a PC style mouse cursor which makes moving and selecting elements in the UI a laborious process – a sad fact that also extends to the clumsy and particularly unwieldly in-game map too. We really shouldn’t be having one-size-fits-all PC user interfaces and experiences on a console in 2021 – we’ve moved beyond that.

Though the effort that has been put into AWAY: The Survival Series is clear, it’s also equally obvious that it succeeds far more as an interactive educational documentary, rather than as a videogame with a compelling gameplay loop and deep, throughout mechanics and progression systems. Sadly devoid of all those aforementioned elements, AWAY: The Survival Series can only really be recommended to much younger folk for whom such concerns are secondary and attractive visuals, coupled with an educational slant are more important. It’s a shame really that AWAY: The Survival Series has turned out this way – as the stars of the show, those brave little sugar gliders, certainly deserve much better.

AWAY: The Survival Series is out now on PS4 and PS5.

Though well-intentioned as an interactive educational documentary about the spectacular lives of sugar gliders, AWAY: The Survival Series simply isn't sufficiently sophisticated or well designed enough to pass muster as a videogame that will keep you coming back. As it is, AWAY: The Survival Series is an attractive, if clunky edutainment title that only the youngest and most inexperienced PlayStation gamers will truly enjoy.