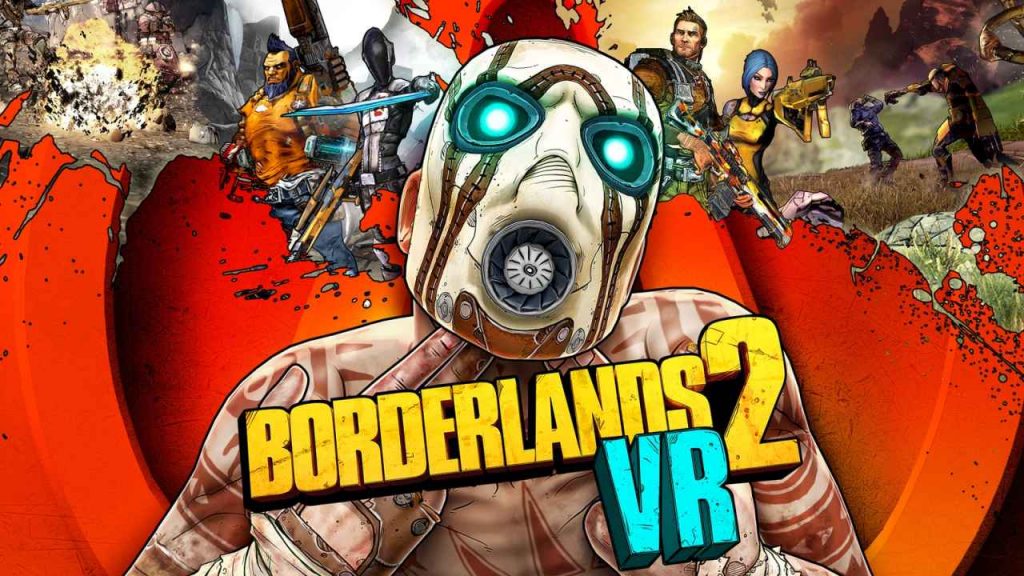 Borderlands 2 VR brings the world of Pandora to virtual reality in the PSVR exclusive. The franchise that revolutionized the shooter-looter genre translates surprisingly well to VR despite the fact that the game is starting to show its age and the gameplay at times feels a little last generation.

I’m focusing on the VR elements of the game for this review, but check out our full reviews for Borderlands 2 for PS3 and The Handsome Jack Collection for PS4 which includes Borderlands 2.

Borderlands 2 VR’s control system has multiple options for all types of gameplay styles and includes various setting adjustments to make the game user friendly to gamers who are either new to VR or get nauseous from it. If you are a seasoned VR veteran, I highly recommend that you switch from the default teleportation mode to free movement. Sensitivity adjustments can be made to everything from how fast you move or turn and if you can jump or not. Gearbox clearly wants this game to be an excellent experience for everyone.

Aside from a few new lines to reflect the VR inclusion and a new mechanic that allows you to slow down the game to allow for the perfect headshot, this is a straight port of Borderlands 2. The new ability is called Bad Ass Mega Fun Time (B.A.M.F. Time) and is available to all classes of vault hunters and has a cool down period between uses.

Borderlands 2 VR can be played with the DualShock 4 or the Move controllers. I personally found the Move controllers to be a bit awkward and preferred the DS4. In an opportunity missed, the game does not support the Aim controller. I prefer to use the headset to aim the reticle at enemies, its surprisingly accurate and satisfying.

While it’s not the most visually stunning game on the PSVR, the cel shaded comic book art style of Borderlands works well in VR. Cutscenes are played in theater mode, and while you get used to it after awhile, I initially found the cutscenes to be an immersion breaker. Even on the PS4 Pro, I noticed some screen tearing but the picture is incredibly clear and not blurry.

While it has always been a blast to go shooting and looting with friends, Borderlands 2 VR is strictly a single player experience. Enemies have been slightly nerfed and character skill trees have also been updated for strength to balance out the lack of co-op.

Borderlands 2 VR is just the base game and unfortunately does not include any of the excellent DLC content like Captain Scarlett And Her Pirate Booty. Considering it’s one of the priciest PSVR games with a retail price of $49.99, the DLC would have been a welcome edition.

The vehicles are experienced in First Person view and come with the steepest learning curve. I had trouble making the required jumps over gaps but found that there is a separate vehicle tunnel vision setting that is set to force high by default but worked better when I changed it to none. Aside from the few required vehicle missions, I’ve always found the cars to be incidental to the gameplay aside from moving around the maps faster.

Borderlands 2 VR is one of the best shooter experiences on the PSVR that I’ve had. The amount of included settings should be the new standard for VR games even if it will take you some time to get the perfect combination. Once you find that sweet spot the gameplay is intuitive, fluid, and fun.

I’ve played Borderlands 2 on PS3, PS4, as well as the Vita, and while the VR version might be a bit slowed down from the frantic pace of the original, the VR immersion brings new life to an old game.

Review Code supplied by the publisher.

Borderlands 2 VR takes a beloved classic game and gives it new life in VR and does so in a way that doesn't feel gratuitous. With a level of user controls that should be standard for all VR games, Gearbox has taken great care to provide a unique experience for those prone to motion sickness as well as seasoned VR users. Despite lacking Aim controller support, DLC content, and co-op, Borderlands 2 VR is one of the most enjoyable shooters on the PSVR.