In the grand tradition of PlayStation classics like Journey and The Unfinished Swan, Bound tells its story through metaphor, tugging at the player’s emotion with a scope and beauty that’s difficult to describe. In a couple ways, it’s actually more effective at conveying meaning than similar games. Many forego any narrative guidance and leave players to fend entirely for themselves. A willingness to fall somewhere in-between, to communicate a clear, heartfelt message while leaving the finer details and emotional response to players, elevates Bound among the standout indie games on PlayStation 4, despite an abrupt ending and clunky platforming. 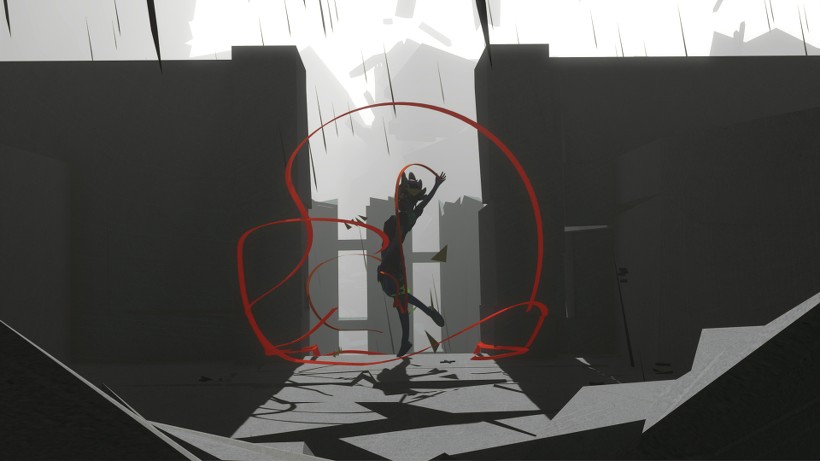 Like great works of art, Bound’s beauty is compelling at a fundamental, human level. The dancer, your playable heroine, moves and emotes with the spellbinding grace of a motion-captured ballerina. The ways in which she jumps, shimmies along ledges, and deflects damage are evocative, but the little flourishes–a stretch while idling, the way her hands delicately frame her face–convey oodles of personality and character. The environment also teems with life. Above a sea of blocks, tides of cubes ebbing and flowing, levels themselves move and re-shape in tactile ways. Move the camera through a wall to your left or the floor below, and the polygons will part to reveal the dancer.

Admittedly, it’s all very esoteric. Bound can most simply be described as a puzzle-platformer that’s pretty light on both puzzles and platforming. Some ways forward are less than obvious, and a couple jumps are a bit tricky, but for the most part, we’re meant to run, jump, and dance through these levels without much trouble while deriving meaning from the mysterious environments and characters. A handful of cutscenes do enough explicit storytelling to make sure no one’s missing the major themes, like family, identity, and finding freedom inside ourselves. But just as much is left for the player to interpret from environmental cues and metaphors baked into the levels themselves. It felt rewarding to pause for a moment and make sense of the things around me, pondering what they could represent. Over time, my appreciation grew for the level design, gameplay, and story. All three intertwine, becoming more meaningful through each other.

Still, it’s hard not to feel like there are missed opportunities. The moment-to-moment gameplay and movement isn’t particularly memorable; I remember the feeling of levels and the big moments they lead to, but very little of the spaces in-between. More puzzles or platforming challenges could have added gameplay and symbolic substance to the woefully brief ride. It’s a credit to how captivated I was by Bound’s heroine, imagery, and plot that two and a half hours felt like minutes, but actual gameplay clocks in a bit shorter. 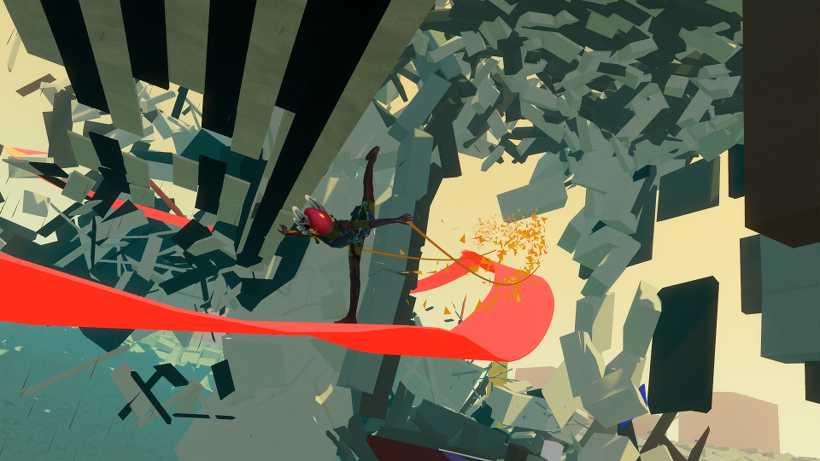 Not all of that gameplay stands out, but it has a pleasant flow. Highlights include leaping between ropes, timing your jumps between moving platforms, and dancing with R2 to shield yourself from incoming damage sources, like clouds of pests or fixed geysers. Some levels play with gravity, twisting your perspective as paths warp or unfurl before you, and the structural variety in general makes for very interesting spaces. The dancer’s moveset may be limited, but she can combine actions in mesmerizing ways, like jumping while dancing to maintain forward momentum or leaping after rolling to catapult through the air. At the peak of gameplay, I found a certain rhythm by stringing together her elegant moves to dance quickly and confidently through levels. Trusting a series of quick actions felt breezy and liberating.

Before finding that groove, a few quirks made platforming feel awkward. An “Edge Guard” turned on by default makes it impossible to fall off most ledges unless you try. This feeling clashes with the dancer’s otherwise weighty forward momentum to make jumping feel stilted and unrefined. It felt better when I turned off Edge Guard; platforming started to feel more natural as I compensated for the dancer’s momentum in my jumps. But even without Edge Guard, the dancer’s jumping arc is unnaturally high, again at odds with how controlling her feels. Given how simple the platforming is, these are minor quibbles in the big picture, but Bound is missing the usual learning process and triumph over progressively tougher challenges. As it stands, platforming isn’t refined enough to impress nor broken enough to detract. It simply is–enough to support the story through metaphor but practically invisible next to Bound’s visual beauty.

Meanwhile, being able to choose level order means players will have slightly different experiences with Bound. The levels change in subtle, visual ways to reflect ones you’ve played prior. Perhaps to accommodate that freedom of choice, no level feels particularly climactic, like you might expect in the later moments of any story-driven game. By chance, you might play a particularly short or simple level (as I did) right before Bound’s closing moments, making an already abrupt ending feel even more sudden. 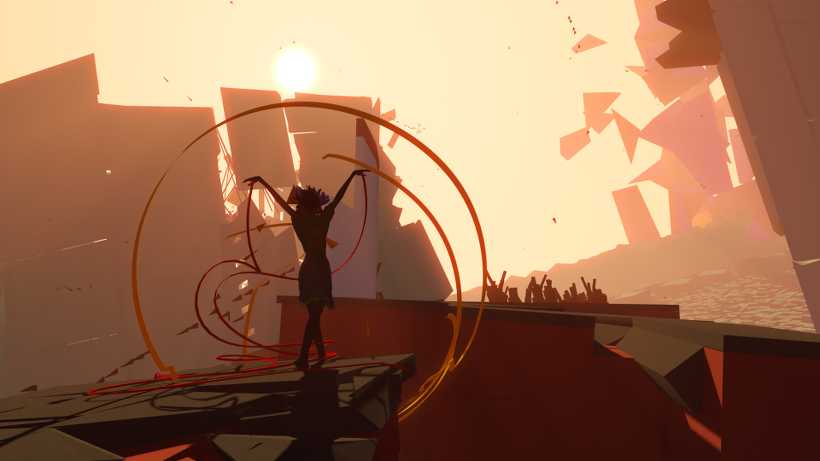 Like much of the game, these elements (the ending, in particular) are open to interpretation and your mileage may vary. Indeed, the nature of the ending pushed me to immediately start again, to see what I could derive from playing a different way or absorbing the story a second time. Further reflection deepened my understanding and caused me to recognize meaning in things that went unnoticed the first time, but even on second viewing, the ending let me down. It’s difficult to explain why–one of Bound’s highlights is putting the pieces together yourself. Basically, there was no emotional closure unless I made up my own answers to questions Bound had no interest addressing.

To be fair, much of Bound’s emotional power comes from this trust. It expects players to draw their own conclusions and find meaning where it isn’t spoon-fed. Throughout the game, I felt emotionally rewarded for accepting that charge and making the investment, even if some aspects still elude me. Bound uses some explicit imagery and cutscenes to make its basic story pretty clear, and its unique message should resonate with a lot of people. Normally, this would be a total positive, but it stands in contrast to the vague ending. Blink, and you’ll miss it, which leaves the story itself feeling unresolved.

Lingering questions don’t sully Bound’s many triumphant moments. It prays at the altar of games like Shadow of the Colossus and Journey, where there is beauty in the sheer scale of things. Immediately after the story’s saddest lows come sections of bliss where you soar through the levels, feeling an emotional high in sync with the dancer. A detailed Photo Mode (with complete camera freedom over the entire level) lets you capture dozens of beautiful shots where the dancer stands before something vast, ominous, or meaningful. The game’s soundtrack perfectly frames these moments. When the dancer is cowering in terror or approaches danger, it’s synthetic and haphazard. Other times, the soft, playful piano is uplifting.

Bound is a vague but undeniably powerful game. Its sweeping environments and spellbinding aesthetic invite you to look closer, appreciate its story, and find meaning through your own interpretation. The gameplay beneath is pleasant (if unremarkable) and dutifully supports the greater aim of giving the player something to reflect on. If that level of engagement suits you, Bound is one of PS4’s best stories. If not, there’s still a resonant message to take away, though its brief journey left me pining for more time with the dancer in her beautiful, strange world.

Undeniably beautiful and mesmerizing, Bound invites you to find meaning in its vague but powerful story. The gameplay beneath falls short of greatness.