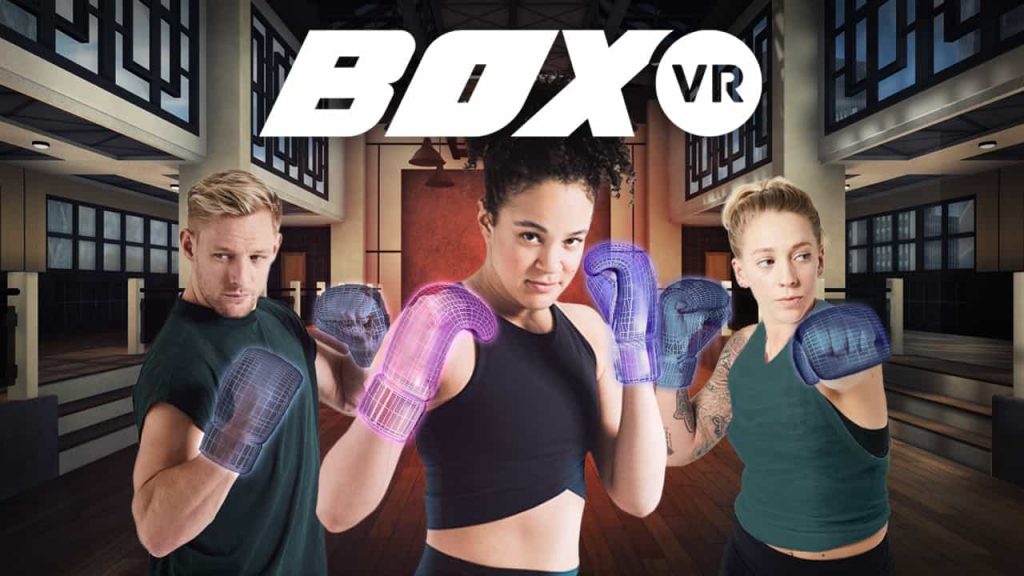 To put it in the plainest terms – BoxVR is one heck of a workout. Though fellow PSVR offerings Beat Saber and Creed: Rise to Glory are both furious workouts in their own right, BoxVR is simply operating on a whole other level of intensity in this regard and is, arguably, the most ferocious workout you can get from Sony’s PlayStation VR platform right now.

As if the title didn’t give it away, BoxVR is all about punching stuff and getting immensely sweaty – and eventually super-fit, in the process. Once you’ve inputted your age, gender and weight, BoxVR builds a persistent fitness profile for you before allowing you to get stuck into a neat tutorial which teaches you the basics of the experience to come.

Designed by a range of fitness professionals, BoxVR is a range of Boxercise style choreographed routines which require the player to punch, block and evade according to the various incoming icons and shapes that are thrust in their direction.

Leveraging PSVR’s head-tracking to grand effect, BoxVR is a hugely responsive effort that requires two PlayStation Move controllers to play and enough room for a standing person to play. Set against over 110 different songs spread between multiple genres such as pop, rock and rap, BoxVR provides a wealth of different tunes for players to get their moves off to.

Obviously fans of Beat Saber will be right at home with this approach – the myriad of strikes, ducks and evasions will certainly prove familiar, though BoxVR’s rush of incoming shapes to dodge – the height of which is much lower than anything Beat Saber can throw at you, mean that both your legs and lower back will get a proper squat style workout .

As a direct result, BoxVR stresses the importance of something else upon the player too – the need for proper form. More than just the need to keep your back straight during such squats (and you really should, lest you wake up the next day feeling like you have a rigid, iron rod where your spine used to be), BoxVR frequently has players changing their boxing stance between orthodox and southpaw too – which helps to keep the workouts feel both dynamic and varied.

For those who might be put off by sweat-drenching and limb-busting spectacle that I’ve conjured thus far – don’t be. BoxVR has a beautifully judged difficulty curve that is ably accommodated by a scaled workout regime that provides sessions for beginners, veterans and every level of skill (and fitness), in between. So whatever your starting point and your goals, BoxVR can certainly accommodate you.

This also applies to the size of those workouts too. Ranging from two to sixty minute workouts with breaks included, BoxVR doesn’t just do a great job in appealing to different types of players, but also their time requirements too. Quite simply, it’s nice to be able to crank out a quick ten minute session, rather than being forced to do a much larger session if that amount of time is not available to me.

Arguably the best thing that BoxVR does however, and this is important, is that it never penalizes the player. Unlike Beat Saber or Creed: Rise to Glory which both have definitive fail states, BoxVR merely measures your performance as an accuracy percentage based on the number of successful blocks, jabs, crosses and other strikes that you’ve managed to successfully time correctly. It never, ever says you ‘failed’ anything – which, as is the case with all workout types in the real world, is key to maintaining a positive outlook and a healthy amount of self-esteem going forward.

BoxVR is generously stuffed with content and stuff to do

Though BoxVR’s relatively conservative and functional presentation might lack the neon-drenched pizzazz of something like Beat Saber – bearing stronger resemblance instead to the no-nonsense aesthetic of EA’s Sport Active range of games from the PS3, developer FitXR have nonetheless filled the game with a ton of activities and features.

In addition to a handy calorie counting mechanic (though for compliance purposes the developer stresses that approximate accuracy cannot be guaranteed – which is fair), BoxVR lets players customize their workout to a great extent – marrying up any one of the 110 or so tunes with up to 45 different choreographed routines to create a sweaty session that is bespoke to them and their requirements.

Though BoxVR is a roundly great package overall that never fails to provide an extremely rewarding workout, there are some flaws which detract a little from the overall experience. The first thing to note is that when it comes to the in-game environments that you workout in, you only have three to choose from – which after hours of play, can make staring at the same trio of gyms and generic looking rooms a touch dull at times.

Then there is the matter of BoxVR’s multiplayer functionality. Currently included in the game, the multiplayer side of things simply doesn’t appear to function at all right now – though the developer has promised an ambitious post release update road map, so we’d expect to see this mode fully implemented sooner, rather than later.

BoxVR is a fantastically furious and rewarding workout the likes of which PSVR has never seen before. Ably bolstered by smart design choices that encourage, rather than discourage the player and buckets of content to keep even the most dedicated cardio bunny occupied for hours on end, BoxVR is quite simply a no-brainer purchase for those looking for a great, and more importantly fun, workout courtesy of their PSVR headset and Move Controllers.

Just make sure to clean-wipe that PSVR headset frequently, eh?

BoxVR is out now on PSVR and Steam.

Seemingly long overdue, PSVR has finally gotten its killer exercise app in BoxVR, a frankly hellacious workout that turns your living room into a gym bootcamp. It doesn't get much more intense, or sweatier, than this.