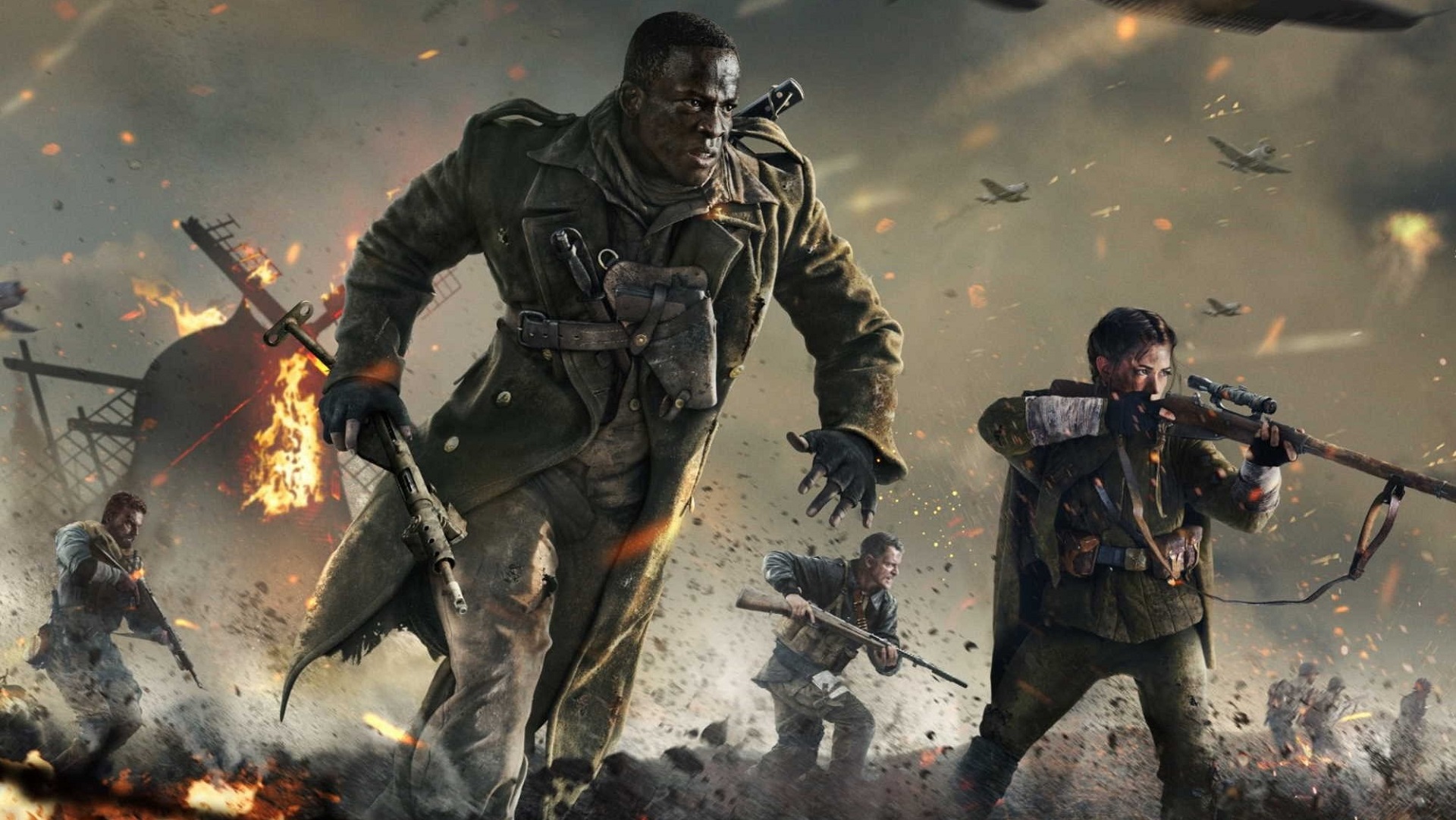 Temperatures outside have cooled, the leaves outside have fallen, and the holiday season nears. That can only mean one thing: It’s time once more to soldier up and lock and load because a new Call of Duty has dropped.

2019 saw the release of Call of Duty: Modern Warfare by Infinity Ward, and last year Treyarch was back in black with Call of Duty: Black Ops – Cold War. This year is Sledgehammer Games‘ turn: Call of Duty: Vanguard, which has had a reportedly rough development.

Call Of Duty: Vanguard Review (PS5) – Not On The Vanguard Of Its Series Or Genre

Back To World War II

For Vanguard’s setting and theme, Sledgehammer once more uses World War II. Unlike its last game (Call of Duty: WWII), this entry takes more creative liberty with its story. The story campaign follows a fictional special military unit, the titular Vanguard. Each member is from a different one of the Allied nations and brings their own special skills to the table.

Our Vanguard comrades may have known for a while, but these are fresh faces to us. Following the opening mission, most of the subsequent chapters turn back the clock and have you stepping into the role of one of Vanguard’s members past adventures. Additionally, this gives the game the opportunity to showcase various locales from the different theaters of WWII and especially a few key historical events such as the Battle of Midway.

We are meant to get to know more about each main character, as well as picking up pieces of the plot puzzle along the way. It’s a structure with the potential for absorbing storytelling (think the campaign of Halo 3: ODST or the films of the Marvel Cinematic Universe). 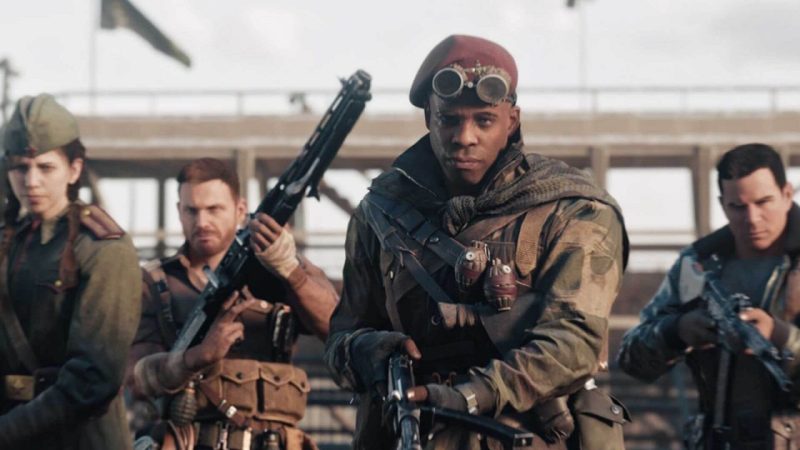 Unfortunately, Call of Duty: Vanguard ultimately falls short of this potential. The majority of the stories and the gameplay are too often unexciting, dragged down by padded filler, hackneyed conventions, and uninteresting delivery. It’s like a music album of greatest hits and familiar tunes without any remix or notable takes. This issue is exacerbated further by uneven pacing from meandering gameplay segments and cutscenes that overstay their welcome.

So, as I played the Avengers-esque finale, complete with control hopping between the Vanguard members, I felt little payoff. Sure, in the last roughly third of the campaign, the story was becoming more intriguing. Yet at that point, it was too little, too late, and I was more than ready to get off that ride.

Moreover, the creative liberty taken with WWII history veers into historical revisionism that’s a little weird and never quite hits the mark. Vanguard’s execution of its story is delivered with such seriousness and lack of self-awareness. On occasion, it can come across as being a caricature or parody of WWII and Call of Duty itself.

Plots and characters feel so familiar and generic but just oddly directed. If I could describe the slight uneasiness I had with some elements, it would be that Vanguard’s take on WWII events can feel like a historical equivalent to the uncanny valley effect. It’s trying so close to be like the real thing, yet just a smidge off enough that it can be found peculiar or unsettling.

Polina Petrova And The Music Stand Out

Out of all of Vanguard’s tales, I found Polina Petrova’s to easily be the standout among them. Her origin story of how she became the legendary sniper Lady Nightingale, despite not being unique on paper, was the most enthralling to experience. Her gameplay sequences were varied: rooftop parkour and climbing, sniper missions requiring stealth and good positioning, and even a boss fight to boot.

What accentuated all of Polina’s sections was the exceptional performance by the talented Laura Bailey. Most of the actors did their best with what they were given, but Bailey delivered a portrayal that felt grounded, sympathetic, and earnest. 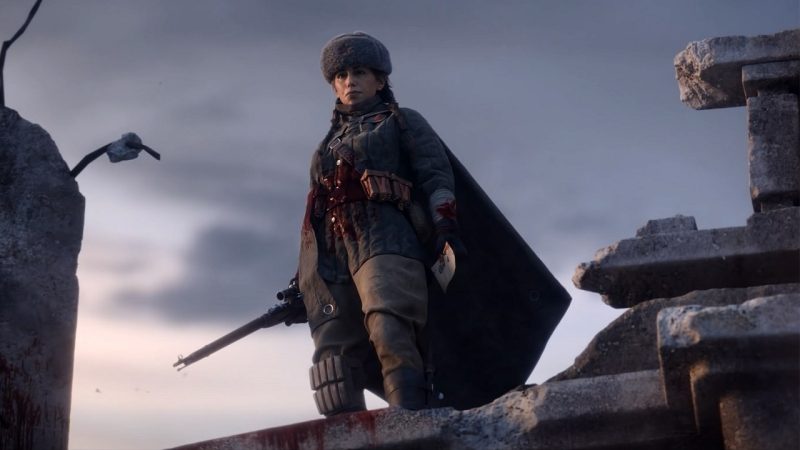 The music of COD: Vanguard is fantastic and an absolute highlight of the campaign. Song after song is filled with rich orchestral sounds, with a particularly strong use of strings. The musical tracks even outshine a lot of the other aspects of the game. They encapsulate the emotion of many story moments better than what’s shown on screen or with the gameplay itself.

The score’s quality should be of no surprise as it was crafted by the award-winning composer Bear McCreary. His music credits include 2018’s God of War (and the upcoming God of War Ragnarök), films such as 10 Cloverfield Lane and Godzilla: King of the Monsters, and the TV shows The Walking Dead, Agents of SHIELD, and the 00s Battlestar Galactica.

The Multiplayer And Zombies Fall Short

A campaign is always a nice inclusion to have, but multiplayer is what brings the overwhelming majority to the Call of Duty franchise. Unfortunately, the alleged troubled development of Vanguard manifests with its multiplayer.

The gunplay is standard Call of Duty handling – it’s fine, responsive, and gets the job done. Nothing new to see here. The assortment of weaponry and gear are at the minimum for a COD game, but feels limited in flavor and variety.

That trend of shortcomings continues to its selection of game modes. There are a little over a half dozen of game types to choose from (not including variants like the Hardcore versions) and nearly all being the expected bare minimum, such as Team Deathmatch, Search and Destroy, and Free For All.

If you enjoyed the entertaining mix of modes from last year’s Black Ops Cold War, prepare to be disappointed. Sorry, you won’t find Gun Game or Prop Hunt in Vanguard. All in all, the multiplayer experience for Vanguard gets old and boring, very fast. 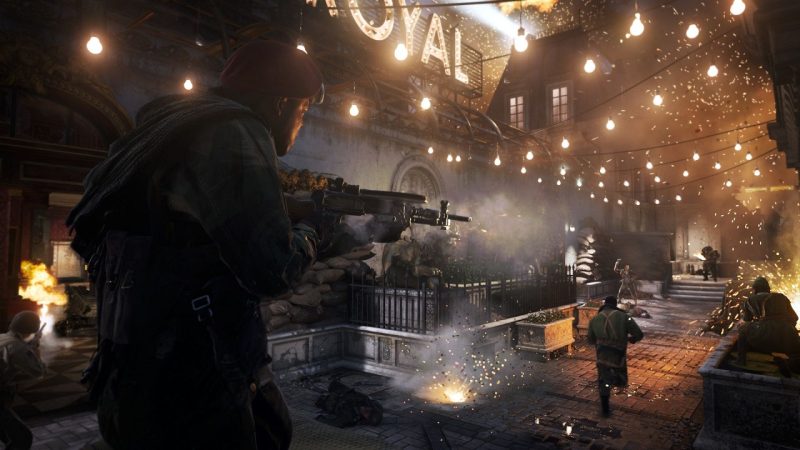 Then there’s the supposed third pillar of Vanguard’s package – Zombies. Treyarch stepped in to produce this section, likely due to all the (reported) trouble Sledgehammer was having elsewhere in the project. Oh, it must be good then – the creators (and still masters) of the Zombie mode made it, right? Wrong.

Treyarch either phoned it in or didn’t have enough time and resources, because Vanguard’s Zombies offering comes across like a different studio trying to imitate. What’s included is not fun, limited in content, and becomes dull quickly.

One big reason for that is how Zombies in Vanguard is structured. When you start, you land in the city square of Stalingrad that acts as a hub world where you return to between rounds. This is where you upgrade and buy character boosts and weaponry.

There are three portals representing one of three game types: Blitz, Harvest, and Transmit. Blitz is simply surviving. Harvest requires you to collect runestones from Zombies you kill. Transmit is basically Cold War’s Onslaught mode, which has you surviving oncoming zombies in a safe radius surrounding an orb you follow. Select one of them to teleport to its respective locale and start another round.

Initially, I thought this particular structure may help keep the gameplay feeling fresh by quickly offering a few different objectives to choose from. However, a few things actually make the experience quickly go stale. The maps of each objective are notably small, rounds too short and not challenging enough, and a lack of different enemy types to fight.

The size and quality of Vanguard’s Zombie mode feels unworthy of being considered a main pillar that stands alongside the campaign and traditional multiplayer.

I soon found myself missing the way previous Zombies were designed, with one map that became larger as you opened up different paths and adding a sense of progression, exploration, and discovery. Vanguard’s Zombies doesn’t offer those things, and instead makes for an unsatisfying gameplay loop.

To make all of the disappointments so far sour further, the visuals and performance of Vanguard is appallingly inconsistent and rough. There are moments where the game looks stunning with visuals worthy of being on the new current gen consoles, and when you can tell its running on the same engine as 2019’s Modern Warfare.

Conversely, there are many other times it will run and look worse than the two-year-old game it borrows its engine from. Not only does the frame rate occasionally dip, the screen will straight up freeze on a frame for a second at a time. These incidences happened multiple times for me, to the point that I stopped counting – a testament to just how frequently they occurred.

A definition of the word “vanguard,” according to the Oxford dictionary is “a position at the forefront of new developments or ideas.” This year’s Call of Duty does not live up to its namesake. COD: Vanguard has limited variety and an amount of content of entries of the far past, leading it to ultimately be a step back from its recent predecessors.

Call of Duty: Vanguard is not the full package fans have and should expect from a franchise that consistently tops the sales charts. There are not enough positives to overcome the fact that the amount and quality of its content is sorely lacking. This is a blast from the past in the worst possible way.