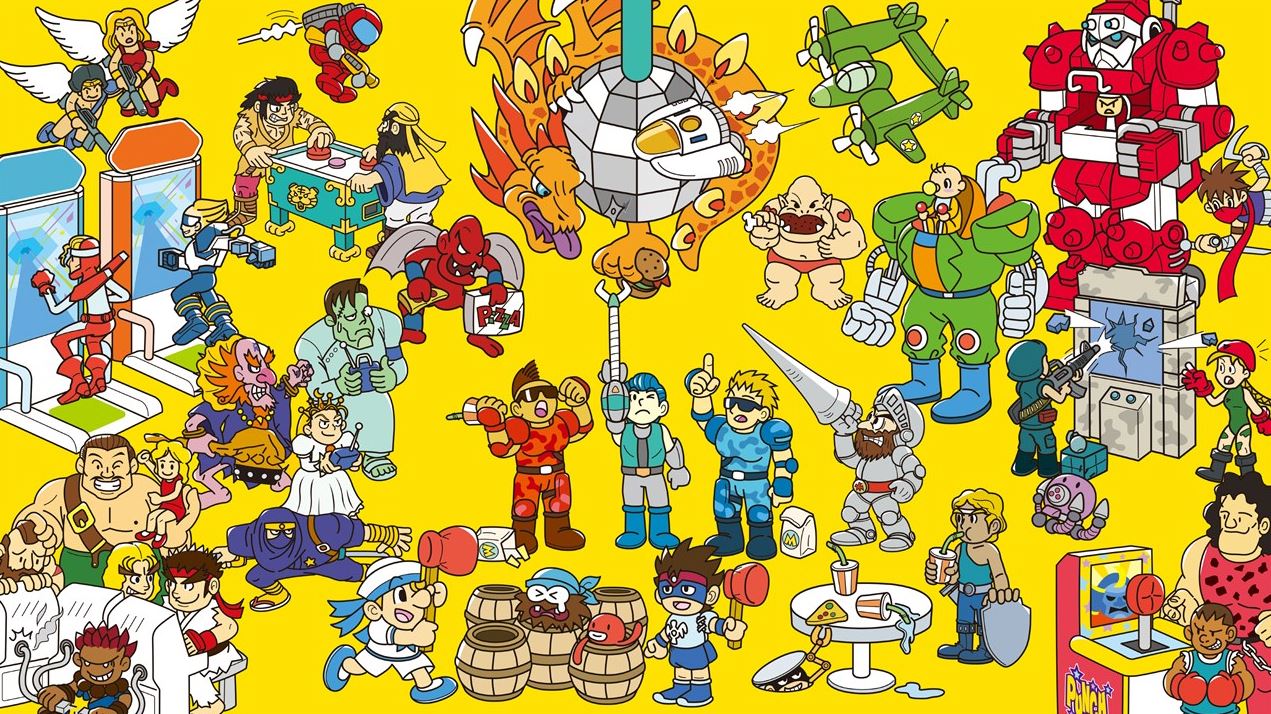 Capcom Arcade Stadium PS4 review. With a veritable flood of new, shiny PS5 and PS4 games, all absolutely drenching our eye-holes with all manner of sexy textures, fancy pants lighting techniques and everything else, something like the Capcom Arcade Stadium can prove to be quite the tonic.

Now, there’s nothing wrong at all with games having high production values, but Capcom Arcade Stadium speaks to an earlier, simpler time where satisfaction was found in three-second gameplay loops and the bragging rights afforded by climbing the high score table faster than your peers. Like many of the retro collections before it, Capcom Arcade Stadium attempts to reignite the joy of those halcyon days through the ever-improving miracle of emulation and is pretty successful in doing so.

What’s immediately interesting about Capcom Arcade Stadium though, is that rather than shoving an entire library of games down your throat at a singular price, Capcom has instead employed a modular approach as to how and what games players choose to play. From the get-go, the actual Capcom Arcade Stadium ‘app’ can be downloaded for free and includes vintage vertical shooter 1943: The Battle of Midway at no extra cost. So at the very least, you can dip your toes into the water, take a look at the UI and how the package hangs together before you proceed further. 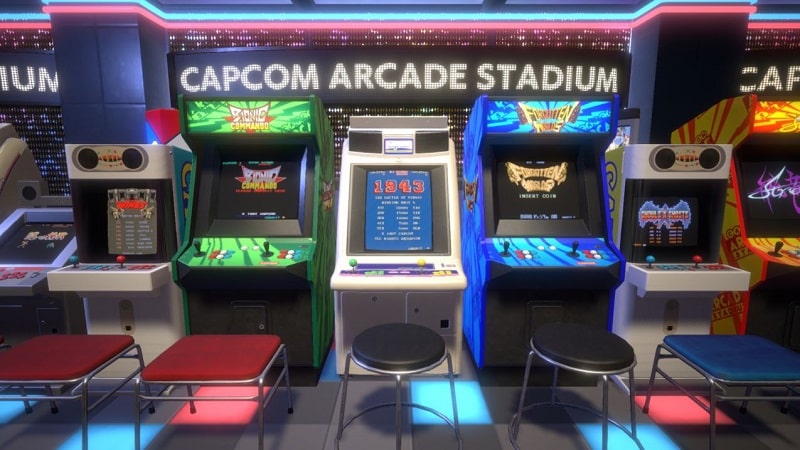 Where things get funky is that rather than having all of the games in one pack, you can actually choose to purchase game packs that each cover a specific era from Capcom’s arcade heritage. With three packs that span each of the eras from 1984-1988, 1989-1992 and 1992-2001 priced at $14.99 each for roughly 9 to 11 games a pop, you can essentially pick and choose your favourite era of Capcom arcade goodness without forking out for the whole package. Now, of course, you can buy the whole kit and kaboodle if you wish (at the not totally unreasonable price of $39.99), but it’s still nice to have that kind of flexibility all the same.

As to the games themselves, the currently available selection spans a who’s who of Capcom’s arcade legacy, from crusty classics like 1942 and Commando, through to the late 80s and early 90s classics such as Final Fight, Strider, Street Fighter II and many, many more besides, this is most certainly a kaleidoscope of retro Capcom gaming goodness. Also, there’s the promise of more games too, as Capcom has said that it views Arcade Stadium as a platform of sorts onto which additional titles will be added over time.

Likewise, each of the games themselves is emulated to a pretty decent standard too, with no real obvious audio or visual issues that would otherwise stymie your fond memories of their arcade origins. Where Capcom Arcade Stadium really starts to meaningfully separate itself from other collections of a similar ilk, is in the work that has been put into presenting and curating each of the classics that it encompasses. 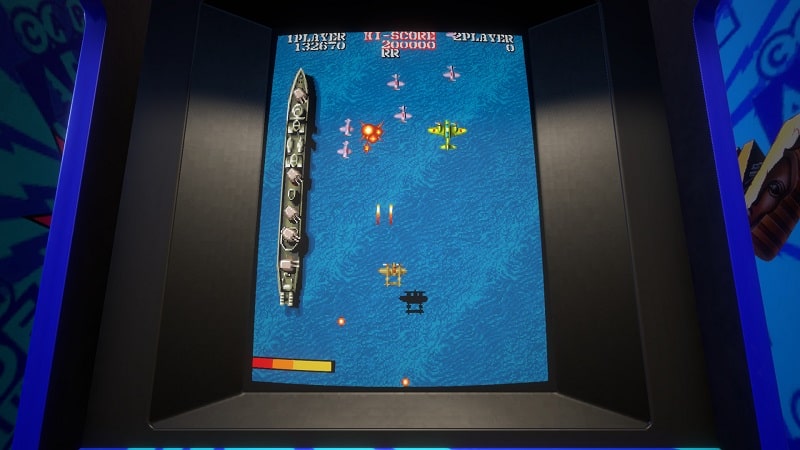 Eagle-eyed gamers will note that the English and Japanese ROMs for each game has been included in most cases, with a range of subtle little differences available in each. It’s just one more example of Capcom’s commitment to accurately realising these fondly remembered games from the past.

For a start, Capcom Arcade Stadium lets you hook up an arcade stick if you’re lucky enough to own one, in order to get that much more immersive arcade experience. Elsewhere, Capcom Arcade Stadium also makes ample concessions to newbies and old farts like me for whom competent, muscle twitch reflexes are a distant (or never held) memory through the application of a super handy rewind and slow-motion function which allows you to snatch victory out of the jaws of defeat. Or something. Anyway, if like me you happen to be not very good at arcade games, don’t worry; Capcom has you covered. 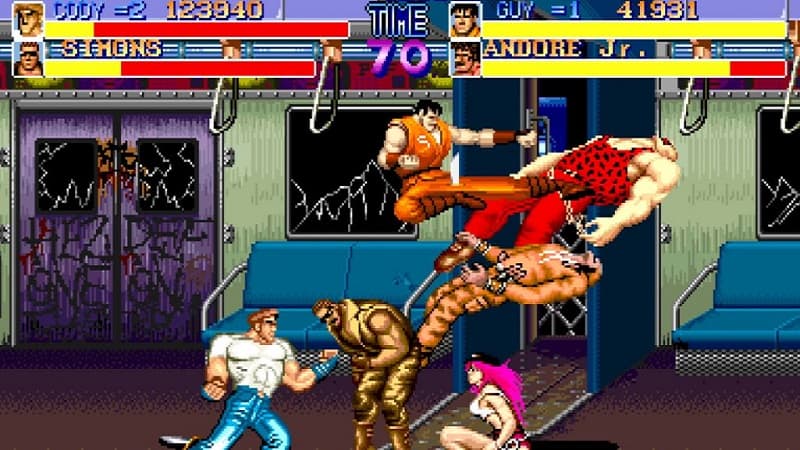 Layered atop all of this is a scoring system of sorts called CAPSO and it’s this which truly demonstrates that Capcom understands what kept players of yesteryear coming back time and again. CAPSO you see is a meta-score of sorts that persists across all the games you play and is awarded for not just playing the games, but for performing certain tasks such as completing a game with no continues, only losing a certain number of lives and so on.

With the CAPSO total uploaded to a global online leaderboard each time you finish playing, Capcom Arcade Stadium basically reimagines the good-natured braggadocio of the arcade scene on a global level, pushing you to keep on playing and nail that next goal in ways that previous retro collections have arguably failed to do.

Furthermore, earning enough CAPSO to level up also provides unlockables in the form of additional frames for your arcade cabinet and other such cosmetic treats. That said, this is something of a shame as I think that providing a range of behind the scenes curios such as storyboards, early concept art, unused soundtracks and more would have been more enticing and more in spirit with what Capcom is trying to achieve here. The problem I guess is that many of these materials have already been made public and/or have featured in previous retro collections, so I can’t really be too harsh on Capcom for not regurgitating that material here. 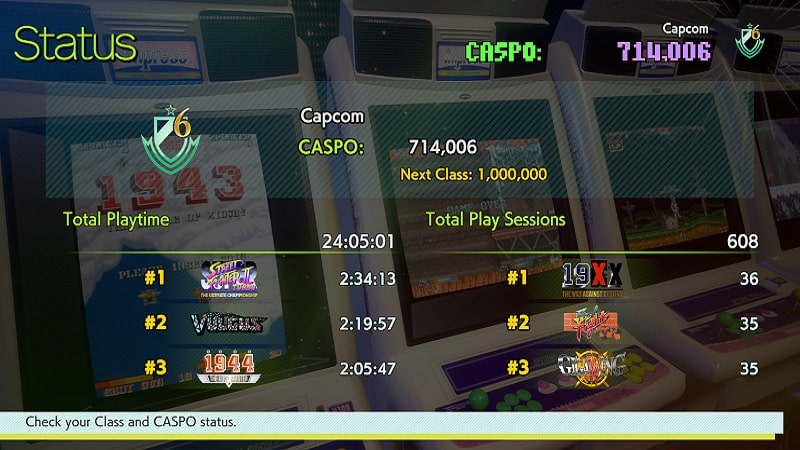 Speaking of regurgitation, the elephant in the room is that many of these games have been available previously on older PlayStation consoles in various collections, so for older gamers, this will be the second or third time that you’ll essentially be purchasing and playing these games, which speaks to the whole argument of cynically monetising video game preservation across the generations.

A Great Way To Relive The Past

Ultimately though, this is a fine lens with which to get stuck into the Capcom arcade classics of yesteryear and a muscular package that understands the old school score-chasing that made those games so compelling in the first place. Until the PS6 comes around and we do all this again with a different set of features sprinkled on top, Capcom Arcade Stadium nonetheless stands tall as a delectable pick and mix buffet of Capcom’s golden arcade era.

Capcom Arcade Stadium releases for PlayStation 4 on May 25, 2021.

Ultimately, this is a fine lens with which to get stuck into the Capcom arcade classics of yesteryear and a muscular package that understands the old school score chasing that made those games so compelling in the first place. Until the PS6 comes around and we do all this again with a different set of features sprinkled on top, Capcom Arcade Stadium nonetheless stands tall as a delectable pick and mix buffet of Capcom's golden arcade era.