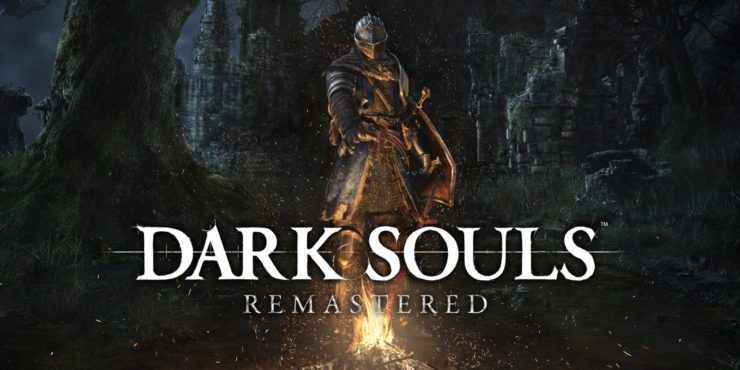 Dark Souls Remastered Review code supplied by the publisher. You can read our original Dark Souls review for additional detail on the meat of the Dark Souls experience, here.

By now it’s fair to say that Lordran, that grim, nihilism-steeped world in which Dark Souls unfurls its epic tale of magic, death, battle and fallen gods, has been burned into the minds of many a PlayStation gamer the world over. Now some seven years after the release of that landmark title, Bandai Namco have slapped a ‘Remastered’ suffix to its title and wheeled it out once more for the purview of present day audiences.

Taking that old maxim “if it ain’t broke, don’t fix it” at face value, Dark Souls Remastered is largely just that – a series of carefully considered nips and tucks that are a far cry from the total facelift that some fans want, but aren’t invasive enough that the gameplay balance of Dark Souls is ever in any peril. In short, this is absolutely Dark Souls as you remember it – but with just enough extra polish to make it the version that original developer FromSoftware always wanted to give PlayStation gamers in the first place.

Whether you are a PS4 or a PS4 Pro owner, Dark Souls Remastered is the beneficiary of a number of handsome upgrades that help to bring it in line with more contemporary fare and in doing so, freshens up FromSoftware’s seven year old magnum opus quite considerably. For standard PS4 folks, Dark Souls Remastered elevates the screen resolution to full 1080p – a world away from the sub 720p presentation that PS3 owners had with Dark Souls when it originally released, and chucks in extra texture filtering in addition to a whole new bunch of graphical effects to really make visuals pop in a way that they just didn’t before.

Of course, the upgrade that PS4 Pro owners receive goes even further as Dark Souls Remaster ups the ante yet further on the resolution, substantially cranking it up to a native 3200×1800 presentation, with all of the aforementioned visual effects thrown into the bargain too. Furthermore, 1080p TV owning PS4 Pro owners also have a lot to be happy about as Dark Souls Remastered fully supports game level super-sampling that makes the image looks a great deal more refined than the standard 1080p presentation that regular PS4 owners receive.

As mentioned at the top of this review however, this is a carefully made remaster and one which does not alter the visuals beyond the aforementioned improvements – so folks looking for completely remade assets, environments, character models and even new content beyond what was previously available will invariably find themselves a touch disappointed as a result. All the same, despite the fact that Dark Souls Remastered is content-wise a beat for beat replication of the 2011 original (with the notable inclusion of the Artorias of the Abyss DLC), it still brings a couple of new additions that propel it beyond its last-gen counterpart.

The first and arguably most significant of these is the increased framerate. Indeed, it’s actually this which is the single most significant improvement over the original release as the doubling of the framerate from a peak 30fps in the PS3 version to a consistent 60fps in the PS4 and PS4 Pro versions of Dark Souls Remastered, means that the whole experience simply feels much more responsive and satisfying than it ever did before.

One area where this is especially noticeable is during boss fights. If, like me, you have the timings down on boss attacks to account for the lower framerate in the PS3 version of Dark Souls, then the buttery smooth movement and responsiveness of Dark Souls Remastered most certainly will force you to re-learn your timings simply because everything occurs a great deal faster. Equally Blightown, that infernal abyss where framerates go to die, stands as yet another example of how the improved framerate of Dark Souls Remastered meaningfully improves upon the PS3 original. Simply put, if you keep dying in Blightown (and you probably will, in all fairness) you can’t blame your shortcomings on the framerate being in the toilet anymore.

Beyond the framerate, Dark Souls Remastered also bumps up the number of players that can be summoned to join in on some co-operative question to a heady six (from four, as seen previously), while the Password Matching system from Dark Souls III has also been included here, with the summoned player’s level (inclusive of both the character and weapon) syncing with that of the host.

Otherwise, this is exactly Dark Souls as you remember it. From the beautiful, wraparound nature of its level design and the emphasis on emergent player discoveries to the supremely difficult/satisfying boss encounters whereupon the epic battles of Smough and Ornstein and others still hold up to this day as fantastic scraps in their own tight, Dark Souls Remastered remains as resolutely challenging now in 2018 as it did back in 2011.

Though the visual upgrades that have been lavished upon Dark Souls Remastered are worthwhile (especially where the welcome bump in framerate is concerned), it’s reasonable to say that though impressive, Dark Souls Remastered is still very much a product of its time and that it runs little risk of being confused with the likes of Dark Souls III or Bloodborne from the perspective of sheer visual complexity.

By resisting the temptation to alter the fundamental DNA of Dark Souls and by preserving that same core engine and selection of assets, Dark Souls Remastered also retains some of the rough edges that were present in that original offering, too. As such, folks can expect to see corpses that become energetically tied up in the scenery (and the protagonist) thanks to some overzealous Havok Physics work, while on a more frustrating note, it is still possible (though rarely) to find yourself stuck in the scenery, which when you’ve compiled a nice amount of souls and humanity can be quite annoying to say the least.

Every bit as compelling as it was when it released on the PS3 in 2011, Dark Souls Remastered is the definitive version of one of the most groundbreaking action RPGs of this decade; a truly formative experience that while hasn’t been thoroughly remastered, nonetheless has been tweaked and tucked sufficiently enough to make it a no-brainer purchase for Souls fans new and old alike. Praise the Sun indeed.

If you enjoyed this Dark Souls Remastered review and are looking for some new games to play, why not take a peak at our best PS4 exclusives feature?

Though the remastering effort is perhaps not as extensive as some might like, Dark Souls Remastered is without a doubt the best way to play one of the finest action RPGs ever and is nothing short of essential for newbies and stalwart Dark Souls fans alike.